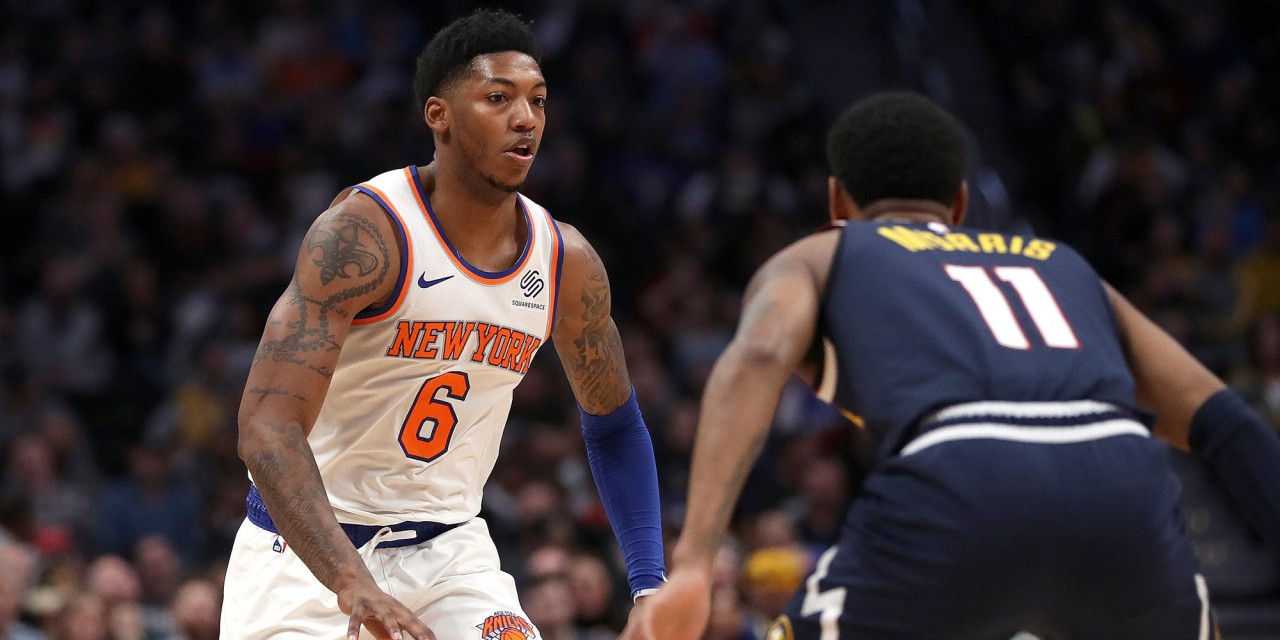 Frank Ntilikina and Elfrid Payton combined for 23 points and 15 rebounds in Sunday’s loss to the Denver Nuggets, with Dennis Smith Jr. another DNP.

Frank Ntilikina bounced back from slow outings on the Knicks’ road trip on Sunday night in the loss to the Denver Nuggets, tallying 13 points, five rebounds, four assists, and four steals in 24 minutes.

Elfrid Payton, meanwhile, has been especially helpful off the bench since his return from a hamstring injury; against the Nuggets on Sunday he poured in 10 points and 11 assists.

The Knicks’ offense grinded to a halt in the fourth quarter. They failed to score in the pivotal final five-plus minutes, only hitting a too-little-too-late R.J. Barrett three-pointer with a handful of seconds remaining and the win for Nuggets all but sealed.

Marcus Morris once again led New York in scoring today, posting 22 points on 18 shots. New York’s comeback was for naught as they return home against the Atlanta Hawks with the loss but went 2-2 on the four-game west coast road trip.

»READ: Too little, too late for Knicks in Nuggets matchup