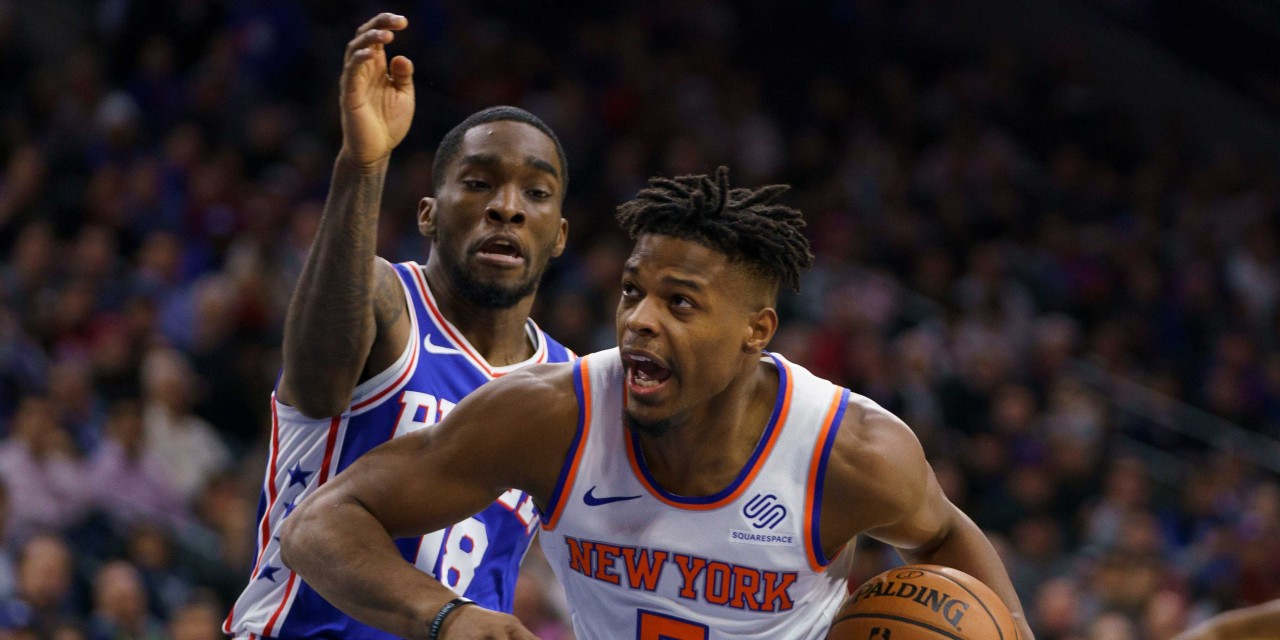 The Knicks had what could have been a promising win against the Sixers fall apart late on Wednesday, despite the best efforts from Frank Ntilikina and Dennis Smith Jr.

The New York Knicks let a late lead pass them by against a better opponent in the Philadelphia 76ers on Wednesday night, instead leaving the City of Brotherly Love with the loss after being up 17 points at one point in the third quarter.

Despite to the defeat, the team’s pair of third-year point guards from the 2017 NBA Draft class played well, with Frank Ntilikina and Dennis Smith Jr. combining to score 30 points on 11-of-17 shooting from the field.

Ntilikina, 21, continues to start for head coach David Fizdale’s squad, providing solid defense and a non-dominant ball-handler in the backcourt, which may be preferable for veterans Julius Randle and Marcus Morris but come at the expense of younger guys like the Frenchman and rookie R.J. Barrett. Ntilikina failed to record an assist on Wednesday evening after recording back-to-back six-dime games and four or more assists in six of his last eight contests (all starts), per Basketball-Reference.

Smith Jr., meanwhile, a few days after a successful revenge game against the Dallas Mavericks, who selected him one pick after Ntilikina in the 2017 draft, has been Fizdale’s go-to floor general off the pine since the NC State product has returned from bereavement leave. Smith scored 13 points, nailing 2-of-3 of his three-ball attempts—shaking off the shooting woes and mechanics issues that have plagued his early career.

In spite of their team-ball success through three quarters, it all unraveled for the Knicks in the final frame, with the Sixers taking advantage of defensive-barren New York lineups in the minutes starters, like Ntilikina and veteran big man Taj Gibson, were out, outscoring the Knicks 35-25 in the fourth.