TKW Highlights: Frank Ntilikina Gets a Shot Against the Magic 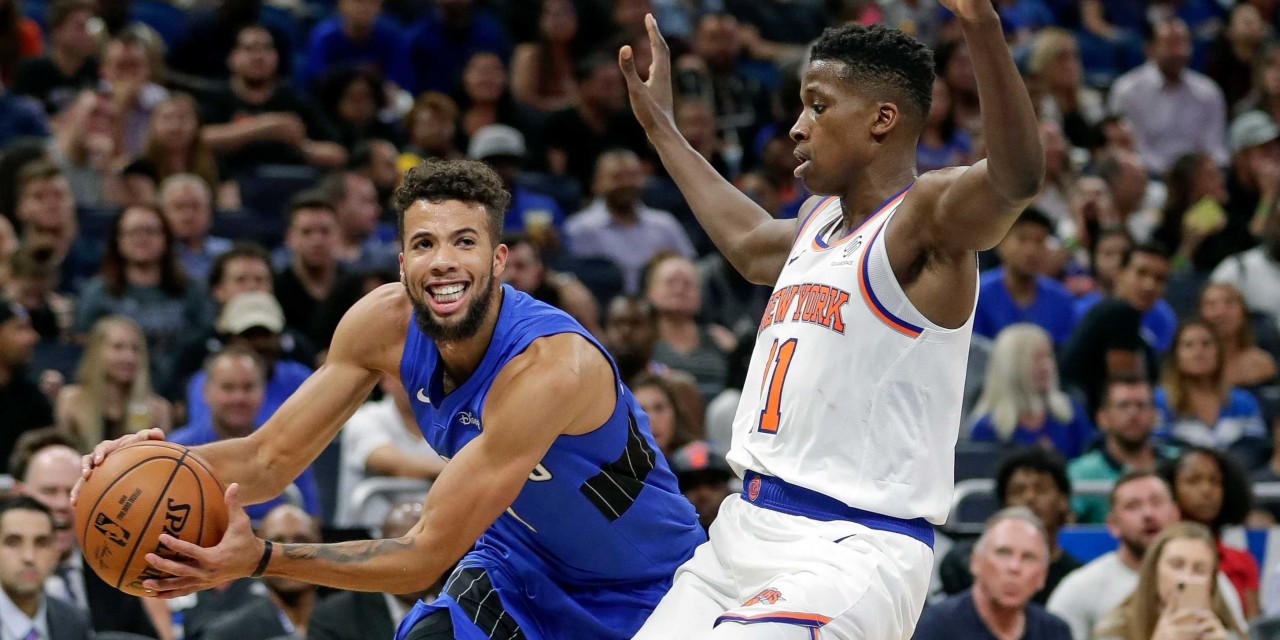 Frank Ntilikina had to play big minutes for the Knicks on Wednesday and proved he’s a viable point-guard option due to his defense.

Despite not getting the start against the Orlando Magic on Wednesday, Frank Ntilikina had to play big minutes with the absence of Elfrid Payton and Dennis Smith Jr.

Ntilikina scored seven points and played some great defense in the road loss to the Magic, coming off the bench to lead the Knicks’ poor-shooting offense.

In the low-scoring 95-83 defeat, the Knicks were closely contested with the Magic all night until the dreaded fourth quarter again. Orlando went on the 16-2 run to the seal the deal—New York’s fourth loss in its first five games of the 2019–20 NBA regular season.

Ntilikina played 29 minutes on Wednesday; he had only appeared in 25 minutes through the team’s first four games prior to the Magic loss. In those minutes, the third-year French guard scored seven points on 3-of-8 shooting from the field, including a buzzer-beating near-halfcourt shot to end the first quarter.

Additionally, Ntilikina contributed four rebounds, four assists while not turning the ball over in his time off the pine—an issue that plagued every Knicks point guard thus far through the early season.

Ntilikina is expected to play more big minutes in Friday’s matchup with the Boston Celtics due to the continued absence of Smith Jr. (personal reasons) and Payton (hamstring). In September at the 2019 FIBA World Cup in China, Ntilikina played extremely clutch defense on Team USA’s Kemba Walker for France. Ntilikina has a chance to lock up the All-Star new Celtic floor general on Friday.

If Knicks head coach David Fizdale was impressed by Ntilikina’s stout defensive effort, perhaps the 21-year-old can finally start for the struggling franchise. Fizdale chose instead to go with rookie R.J. Barrett as the starting lead guard alongside shooting guard Wayne Ellington in the backcourt on Wednesday like the team’s season-opening loss to the San Antonio Spurs. Fizdale claimed it was due to the concern of Ntilikina’s foul trouble prior to the tilt, although it’s logical to need Ntilikina on the court without Barrett and with the second unit. But in Wednesday’s loss, Ntilikina showed the importance of a constant defensive presence on the front lines for New York.