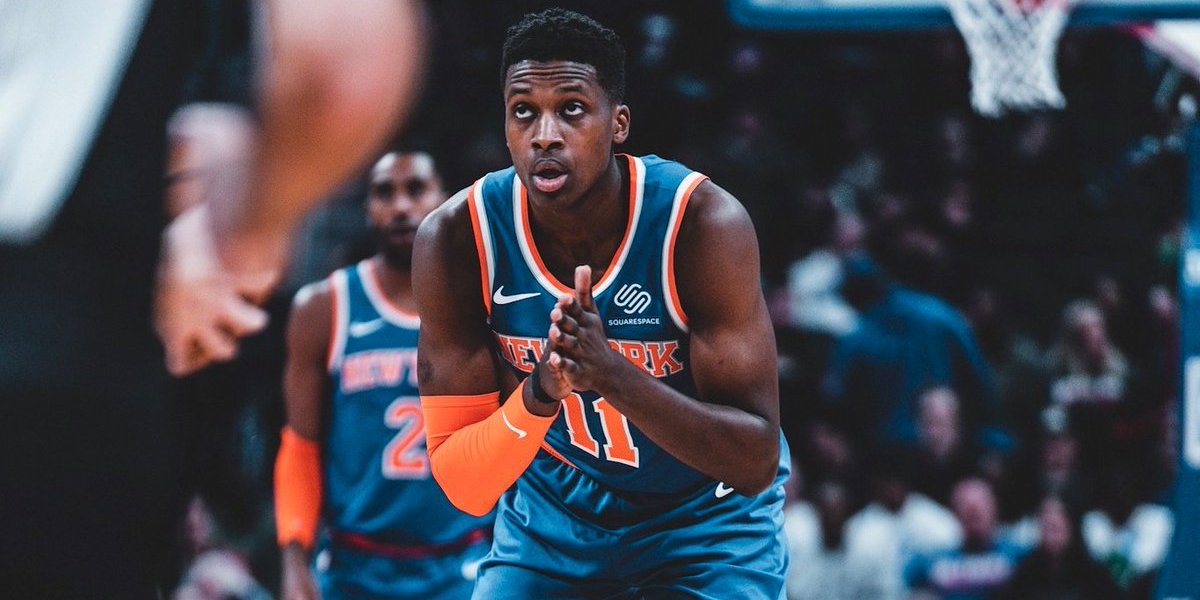 Frank Ntilikina had a very complete performance on Wednesday in the New York Knicks’ fourth straight loss, this time to the Detroit Pistons.

New York Knicks third-year guard Frank Ntilikina may have played his most complete game on Wednesday in the team’s road loss to the Detroit Pistons. The Frenchman was a ball hawk on defense and did not hesitate to take his shot on the other side of the court.

Ntilikina has never been a box score darling, and tonight was indicative of his humble play style, which instead thrived by deflecting passes, thus making it easier for his teammates to defend their respective matchups on defense, and not hesitating on offense.

Ntilikina finished with 11 points on 5-of-7 shooting from the field, along with one rebound, four assists, a steal, and three blocks and two turnovers in what turned into another blowout defeat for New York.

The 6-foot-5 guard looked probably his best so far this season in a losing effort (the Knicks are 1-7 now), but demonstrated incredible anticipation on both ends of the floor, communicating with his teammates and calling out switches.

The Knicks travel to Dallas to match up with Kristaps Porzingis and Luka Doncic in a much-anticipated tilt on Friday night.

»WATCH: Frank Ntilikina gets a shot against the Magic