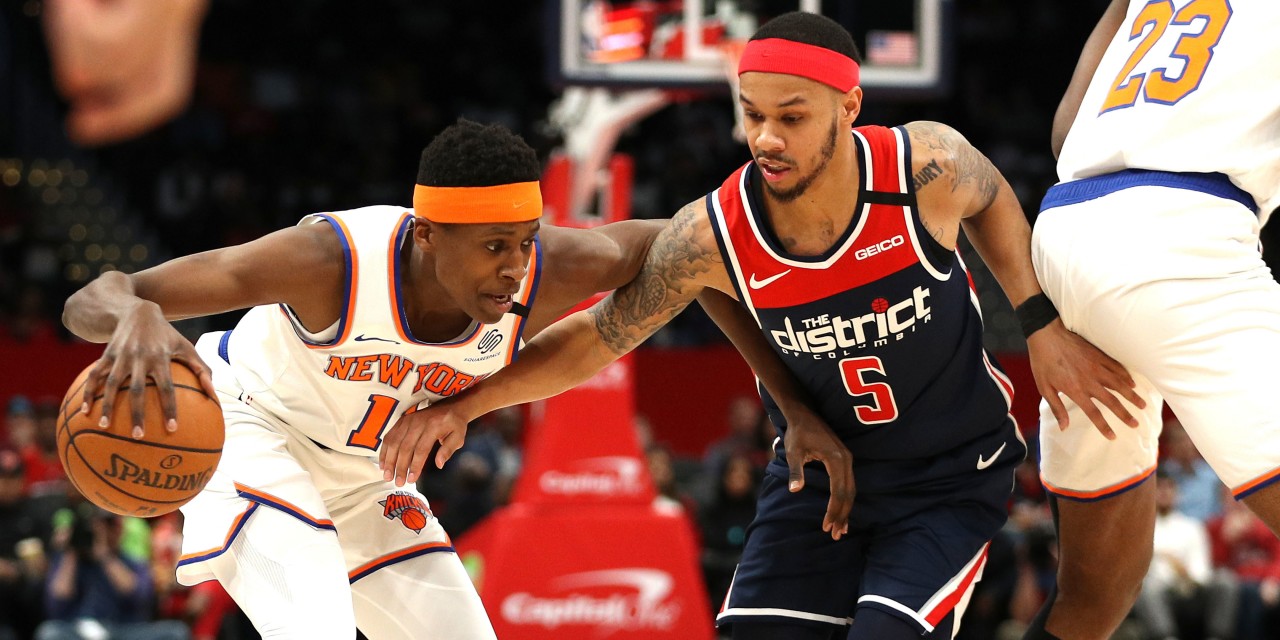 Frank Ntilikina scored 20 points and recorded 10 assists on Tuesday in the Knicks’ road loss to the Wizards.

Frank Ntilikina had a career night on Tuesday in the nation’s capital, posting a new career-best 20 points against the Washington Wizards yesterday in the New York Knicks’ road loss.

In addition to his newfound scoring output, the 21-year-old French guard also dished out 10 assists, tying his previous single-game high from this season (also done versus the Portland Trail Blazers); Ntilikina previously tallied 11 assists as a rookie against the San Antonio Spurs on December 28th, 2017.

Ntilikina was assisted by former Wizards big man Bobby Portis, the 25-year-old Arkansas product tied the Frenchman in leading New York in scoring yesterday with 20 points of his own. Ntilikina and Portis were a one-two punch off the pine for Mike Miller’s squad after the interim head coach had to sub out his entire first unit following a lackadaisical first-quarter start.

Ntilikina also scooped up two steals and totaled five personal fouls in the losing effort, which altogether wasted the young guard’s big night due to Wizards All-Star Bradley Beal going off again for another 40-point outing. Beal scored 20 alone in the third quarter after Ntilikina rallied the troops and gave the Knicks a halftime lead.

The Knicks continue their three-game road swing with a trip to the Atlanta Hawks on Wednesday night.