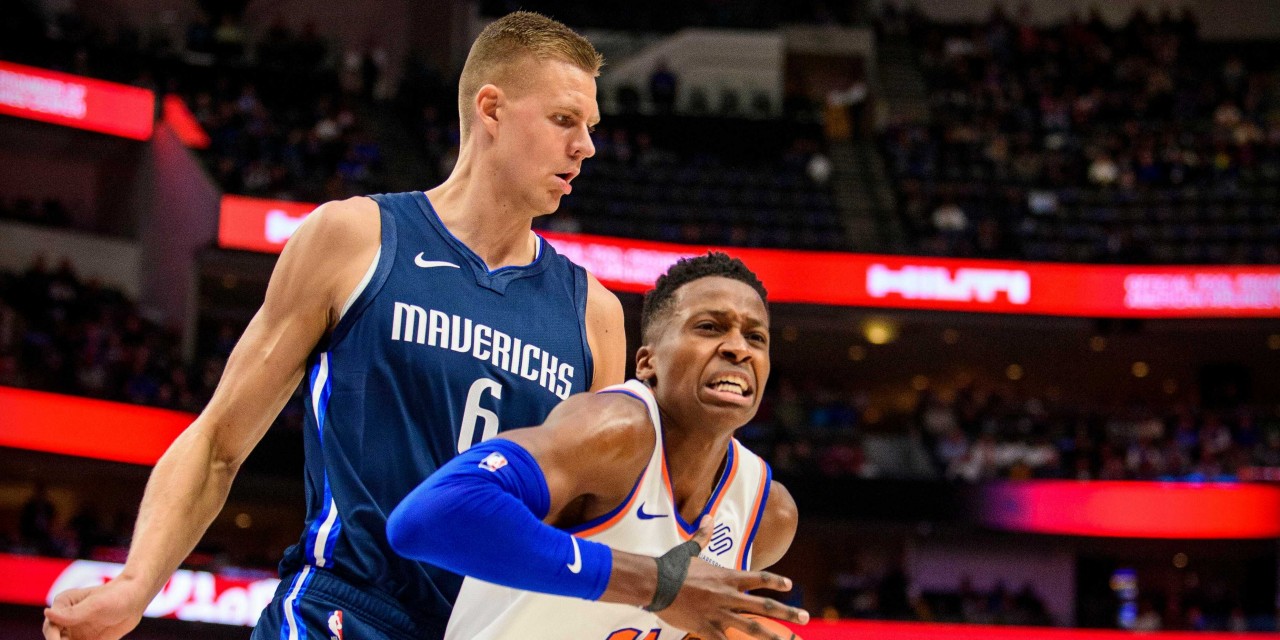 Frank Ntilikina played one hell of a game for the Knicks on Friday night in Dallas as the third-year guard was impressive on both ends of the court.

Ntilikina stole the show with 14 points on 4-for-5 from three-point range, six rebounds, four assists, four steals, and three blocks.

It looks like the third-year French guard is on the right track with increased minutes and a greater role as the starting point guard. It will be curious what second-year head coach David Fizdale will do once point guards Elfrid Payton and Dennis Smith Jr. imminently return to the team after dealing with a hamstring injury and close family loss, respectively. Ntilikina certainly deserves to be out there for the Knicks, and his ability to run the offense competently and be a huge impact player on defense are more than enough to justify maintaining his starting role.

Even Fizdale agreed with Ntilikina’s career night, calling it his “best game since he’s been in the league,” per Newsday’s Barbara Barker.

Fizdale says this is Frank's best game since he's been in the league.

Meanwhile, Porzingis and last season’s Rookie of the Year Luka Doncic combined for 66 points, including a triple-double from Doncic, but the Mavs found little help elsewhere, including 16 points combined on 6-of-17 shooting from the field from former Knicks guards Courtney Lee and Tim Hardaway Jr.

Veteran forward Marcus Morris led the Knicks in scoring on Friday, pouring in 29 points and 4-of-8 from deep. Rookie R.J. Barrett had probably his worst game of his young career thus far—three points on nine shots and 1-for-6 from the free throw line. Julius Randle was solid but still exhibited turnover-itis (four fumbles to four assists along with 21 points and eight boards).

The Knicks’ big man rotation, Taj Gibson and Bobby Portis, were a nice yin and yang on Friday for a change—with Gibson having to start at center for the concussed Mitchell Robinson. Gibson’s efficient mid-range shooting and battle on the boards were very appreciated while Portis recorded a double-double in 24 minutes.

The Knicks fly back home to take on the Cleveland Cavaliers (3-5) on Sunday. Second-year point guard Collin Sexton and the Cavs handily defeated the Washington Wizards on Friday on national television.