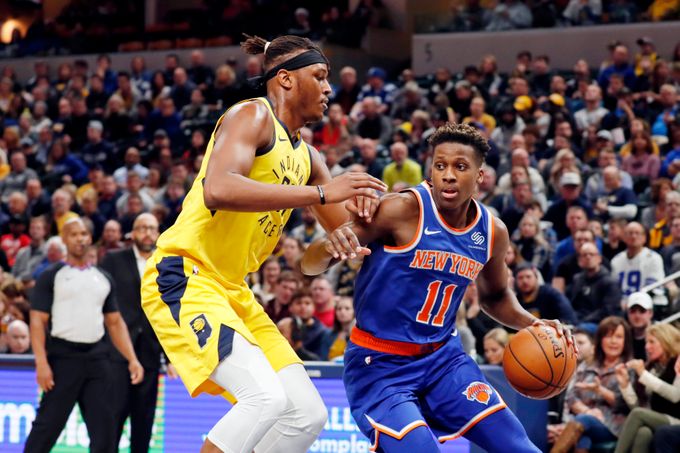 There were some glimmering moments in the Knicks’ loss to the Pacers in Indiana on Sunday night.

The Knicks lost a hard-fought game in Indianapolis on Sunday night, but let’s rewind and watch some Frank Ntilikina and Kevin Knox highlights.

Knox would finish with 15 points and Ntilikina tallied four assists in 18 minutes.

In limited moments, Frank has played better since his unceremonious benching by head coach David Fizdale. However, with Trey Burke health and back in Fizdale’s rotation, the second-year guard found less playing time. Thus, Frank played fewer than 20 minutes.

Knox, meanwhile, unsuccessfully tried to revive a Knicks comeback. He chipped in three triples on six attempts as we’ve seen an improvement in long-range efficiency from the rookie out of Kentucky.