TKW Highlights: Julius Randle Finally Breaks Through for the Knicks Against Cleveland 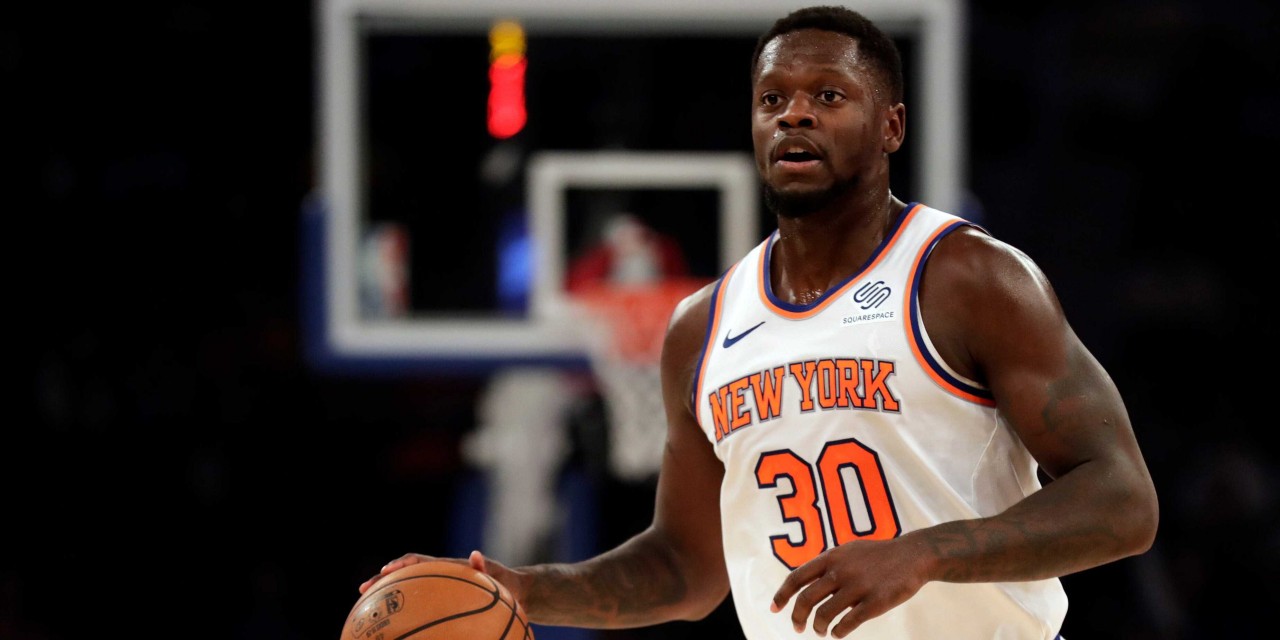 Julius Randle was an offensive force for the Knicks on Monday against the Cavs, scoring a season high 30 points—his first as a Knick.

Sixth-year power forward Julius Randle has had an underwhelming start to his New York Knicks career after the Atlantic Division franchise, in essence, made him the centerpiece of their 2019 free agency signings. Randle was handed around $60 million for three years, with the third year a team option (the biggest contract of the summer).

Despite his shortcomings through the first dozen games for the Knicks, Randle had a breakout game in the 2019–20 season against the Cleveland Cavaliers on Monday in the team’s home win, avenging a turbulence-creating blowout by the Cavs a week earlier.

Randle scored 30 points, a season high, on 12-of-17 shooting from the floor, 3-for-5 from deep on Monday night, chipping in seven rebounds, four assists, and two steals in the victory.

The former Pelican and Laker is now averaging points, rebounds, and assists on the season, shooting 44.7% from the field, 24% from three-point range, and 62.1% from the free throw line.

While the Knicks are still designed to build around their young players—like R.J. Barrett, Kevin Knox, Mitchell Robinson, Frank Ntilikina, and Dennis Smith Jr.—in the short term, their ceiling is almost as high as Randle can take them; that means earning more efficient nights like Monday’s matchup, which alleviated defense concerns by producing efficient offense for New York.

The Knicks take a quick detour down I-95 to play in-division rival Philadelphia 76ers on Wednesday, with Randle to be tested against premier frontcourt talents in Joel Embiid and Al Horford.

»READ: Randle goes for 30, Knicks find their footing vs. Cavaliers