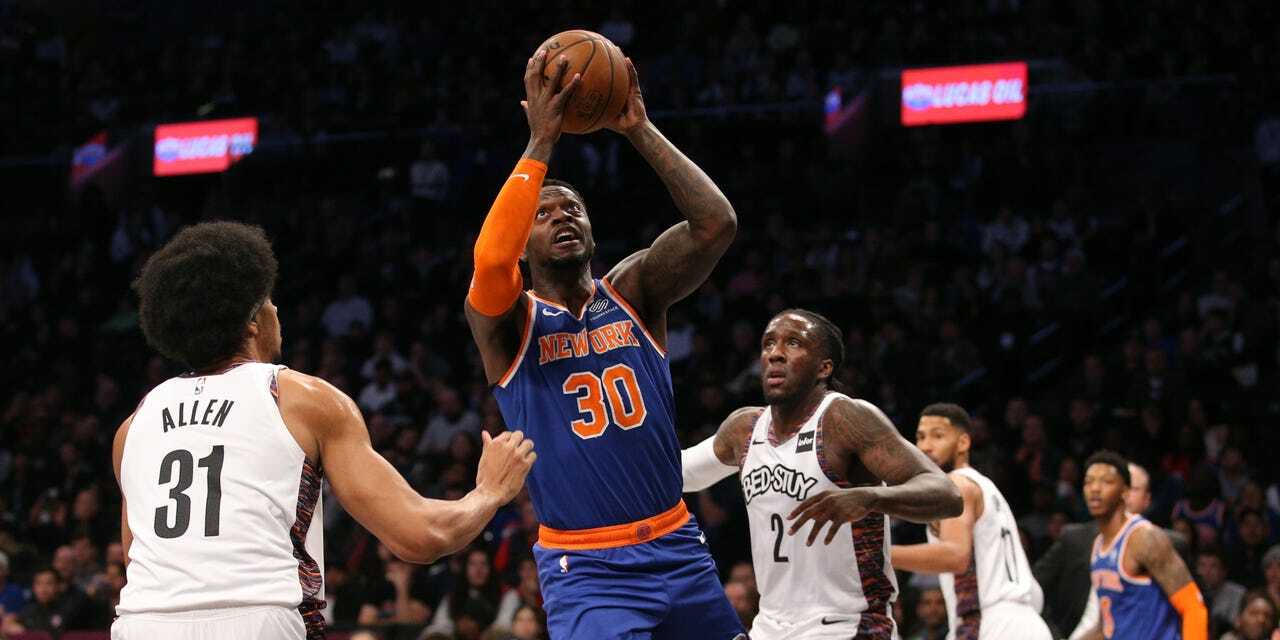 Julius Randle scored 30+ points in his second straight game for the Knicks on Thursday in a total rout over the hapless Nets.

Julius Randle scored 33 points in the New York Knicks’ road win over the Brooklyn Nets at the Barclays Center. It was the power forward’s second consecutive 30+ point game after Randle scored 35 against the Washington Wizards on Monday.

Watch the TKW Highlights of Randle’s performance on Boxing Day:

The Knicks relied heavily on Randle’s strong shooting night in Brooklyn while the Nets could not connect from downtown at all. Randle finished the game shooting 14-of-26 from the field, 5-for-9 from three-point range and he pulled down eight rebounds. The sixth-year forward also finished with a tied for best team-high plus/minus with starting point guard Elfrid Payton—his former teammate with the New Orleans Pelicans—at +25.

Brooklyn only converted on eight two-pointers — the fewest from a team in a single game since the 1950’s. The Nets shot 26.9% from the floor and 26% from deep—taking 50 shots from behind the arc.