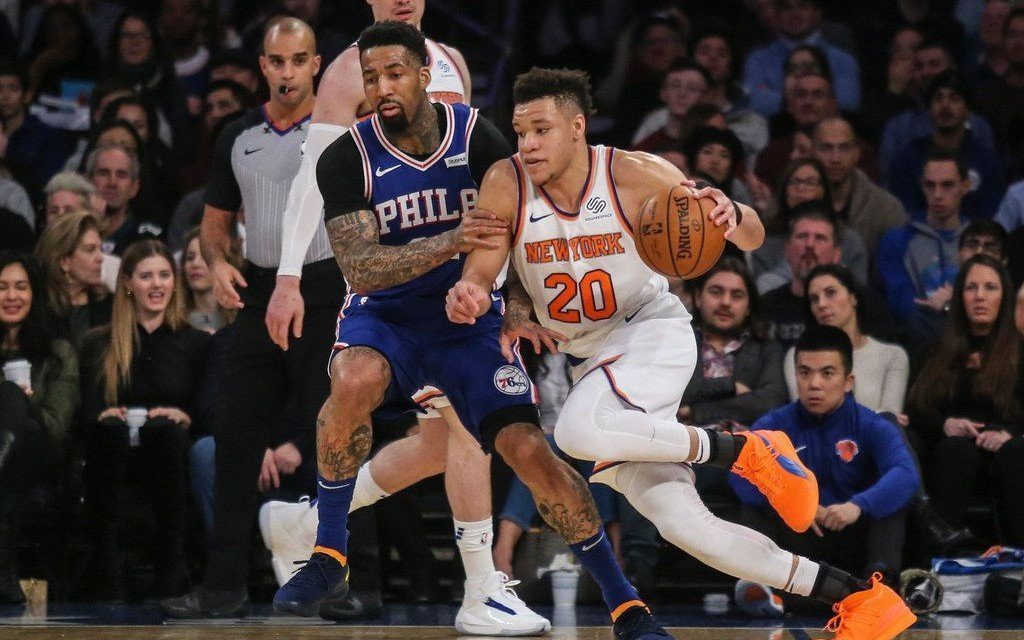 Kevin Knox set a new career high in scoring 31 points on Sunday versus the Sixers while Frank Ntilikina returned from injury.

It was quite the matinee game for Knicks fans on Sunday when the Philadelphia 76ers rolled into town.

Before jetting off to London, the Knicks almost completed a 24-point comeback against Ben Simmons and the Sixers, which featured 19-year-old rookie Kevin Knox setting his new career-high with 31 points.

More importantly for Knox, the rook did it without amassing the majority in the first quarter alone and demonstrated a better sustained attack throughout the contest.

Also, we saw Frank Ntilikina come back from an ankle injury he suffered during the Lakers game. Ntilikina played pretty well, all things considered for the raw 20-year-old.

The guard only scored eight points but dished out six assists and had two steals, including a humorous one where he ran back after adjusting his sneaker on one end and scooping the rock from Joel Embiid on the other end.