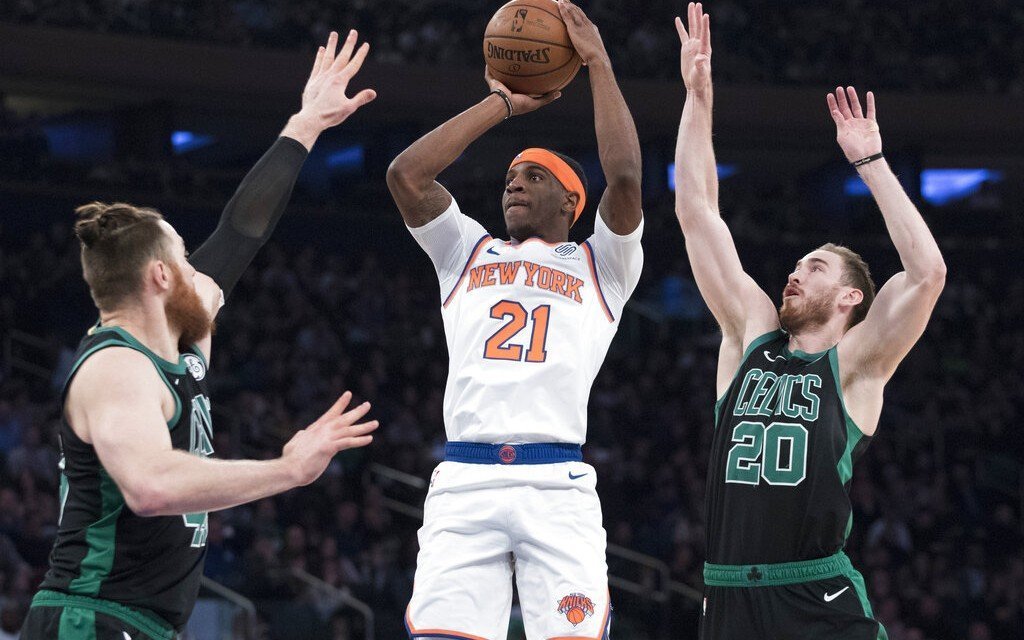 In a Highlights twist, we’re going to roll the tape on newest Knick Dennis Smith Jr. Plus, some action from Kevin Knox and Damyean Dotson in the Knicks loss to Boston.

Dennis Smith Jr. is a Knick. Whoda thunk it?

On the latest edition of TKW Highlights, we look at Kevin Knox and Damyean Dotson’s solid outings against Kyrie Irving and the Boston Celtics on Friday night.

Madison Square Garden was much abuzz—but it wasn’t really due to the performances of the shorthanded Knicks. In the aftermath of the Kristaps Porzingis trade, Tim Hardaway Jr., Trey Burke, and Courtney Lee were gone from the team and the additions of Smith Jr., Wesley Matthews, and DeAndre Jordan had yet to suit up for the ‘Bockers.

That left the kids to show what they had against Irving—long rumored to be connected to the Knicks when he can be an unrestricted free agent this summer—and Knox didn’t disappoint.

The rook put up 21 points on the same number of field goal attempts alongside pulling down five rebounds and dishing out two assists. With all the comparisons being made to Jayson Tatum—who played well himself against New York on Friday—Knox held his own for the most part against the second-best rated defense in the Association (per NBA Stats).

Meanwhile, second-year swingman Damyean Dotson continues to have a solid season for the unheralded second-round pick from the 2017 draft. Dotson led the team in scoring, with 22 points, and grabbed six rebounds. Dotson could be a nice complementary piece for these troubled Knicks. Whether it’s including the University of Houston product in a deal before the deadline or even keeping him around no matter what happens in July, Dotson’s contributions are hardly unnoticed as he develops into a respectable 3-and-D player.

Dennis Smith Jr. notably put up his second career triple-double on Wednesday at the Garden when the Knicks and Mavs sparred. The Knicks, who put up their 40th loss in the contest, had hard time covering Smith—let alone anyone in that match. Smith finished with 13 points, 10 rebounds, and 15 assists. He was a game-high +23 in an efficient 28 minutes.

Find The Knicks Wall’s latest reads on Porzingis trade and aftermath below.

What’s the Knicks’ Plan B following the expulsion of Kristaps Porzingis?

Will summer 2019 be the make-or-break offseason for Steve Mills and the Knicks?