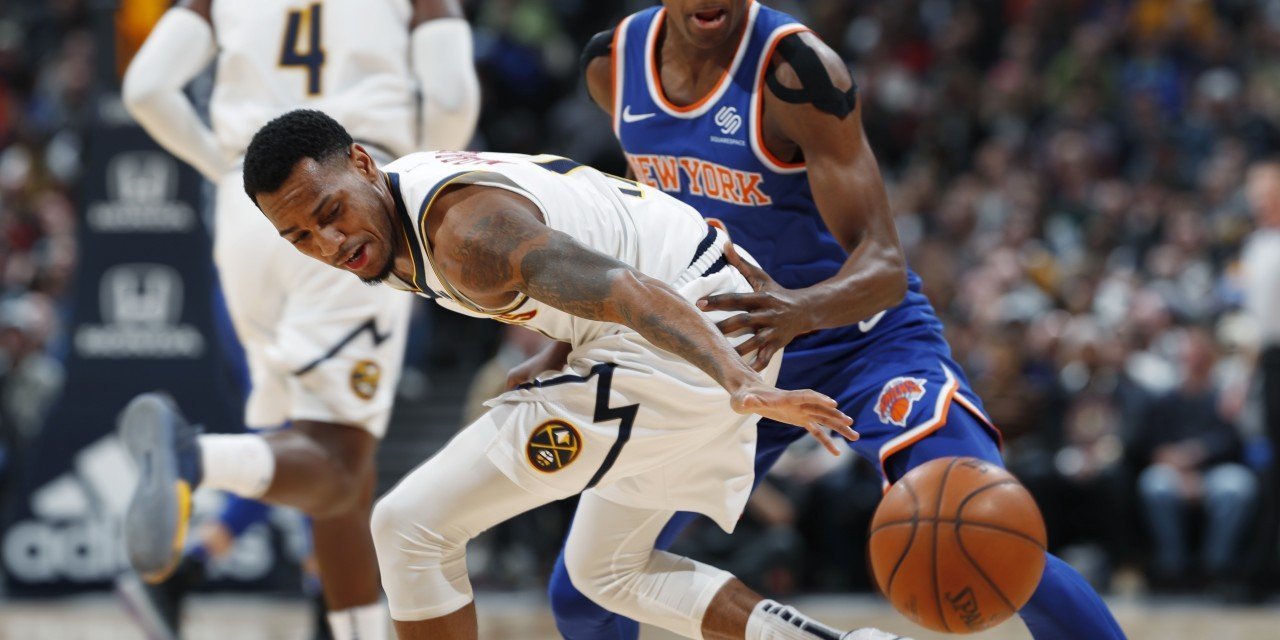 Frank Ntilikina and Kevin Knox delivered highlights against the Nuggets in their first game in 2019.

Kevin Knox commenced his 2019 with how he ended 2018—an explosive first quarter propelling the Knicks’ offense.

Frank Ntilikina, meanwhile, looks to develop and he looked solid vs. Denver: a 10-point, five-assist night including two dimes to Knox in transition.

Kevin Knox finished the game with 18 points on 43.8 percent shooting from the floor. Knox was decisive, again—a growing trend for the rookie out of Kentucky. Not hesitating, he picked his spots to launch from deep (2-of-7) while using his long strides to get past closing-out defenders and make room to attack the basket. Knox was also usually the first player on the ‘Bockers to get out in transition for easy buckets.

Frank Ntilikina, meanwhile, had an all-around complete game for the Frenchman off the bench. In 18 minutes, Ntilikina scored 10 points on 4-of-6 from the field, including two made three-pointers, dished out five assists, and accrued a steal in the process.

Check out the highlights from the Knicks’ young core above.