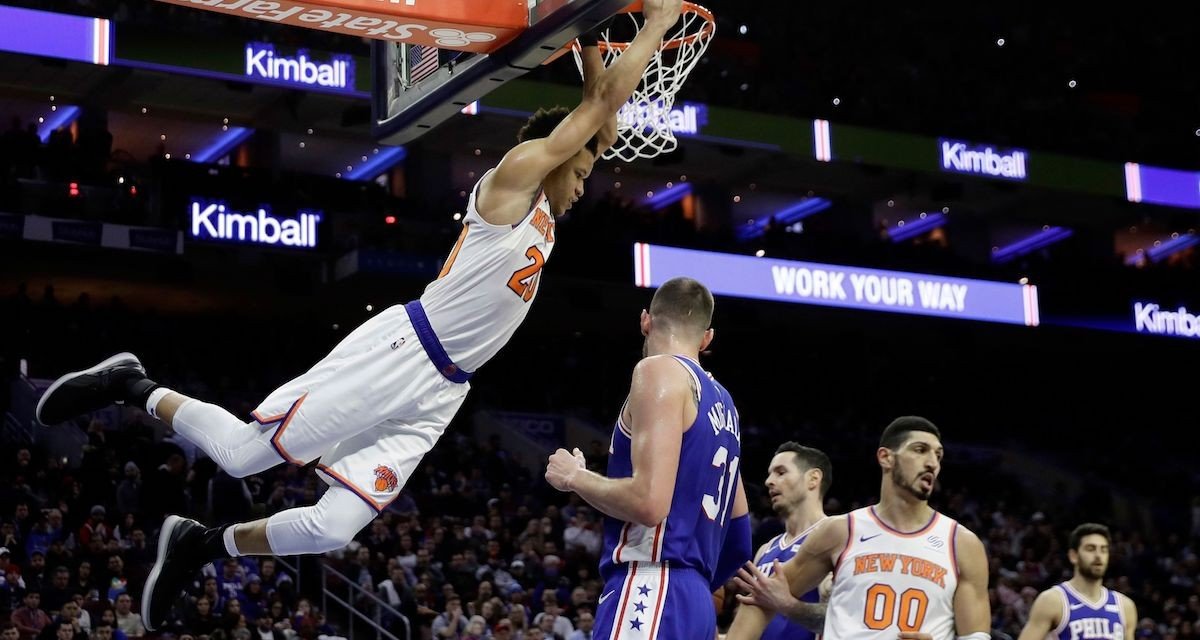 Knox has had a successful month of December within his freshman campaign—averaging 17 points, 6.1 rebounds, and 1.6 assists on 41.4 percent from the field and 39 percent from three-point range—in a huge increase in minutes, too, at 33.4 minutes per contest.

Knicks head coach David Fizdale has inserted the 6-foot-9 rookie into the starting lineup, giving New York a much-needed jolt of youthful energy at the forward position. Injuries to Allonzo Trier, Damyean Dotson, and Tim Hardaway Jr. had depleted the Knicks’ swingmen—until the latter two returned the rotation on Wednesday—yet Knox has picked up slack and shaken off murmurs of a rookie-season doldrum.