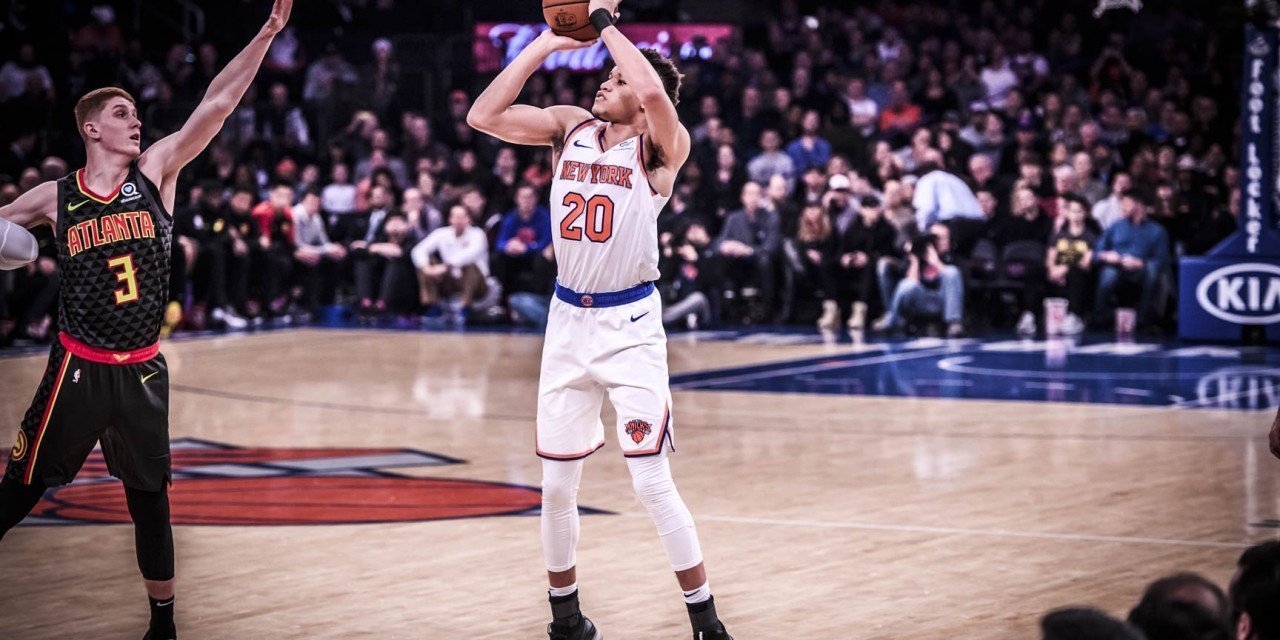 Kevin Knox continues to shoot his best efficiency and go off from the start, scoring 21 first-half points against the Atlanta Hawks.

Kevin Knox has erupted in the month of December. His latest outburst came from the New York Knicks’ home loss to the Atlanta Hawks on Friday:

The rookie out of the University of Kentucky is having his best month of his freshman campaign thus far. Knox is averaging 17.6 points, 6.1 rebounds, and 1.5 assists in 33.7 minutes per game while shooting 42 percent from the field and 39.4 percent from three-point range.

At 6-foot-9, Knox is still figuring out the best spots on the floor and, crucially, when to take his chances gliding through defenses and using his long wingspan to navigate double teams and get to the basket. Sometimes, like Knox’s first made shot above, he’ll settle for a floater, which he can make competently.

Knox had the Garden absolutely electric in the first half of what would be a poor defensive effort in the second half against Trae Young and the lowly Atlanta Hawks. However sustainable, the Knicks will undoubtedly need the 19-year-old’s offensive jolt to kickstart lackadaisical stretches.