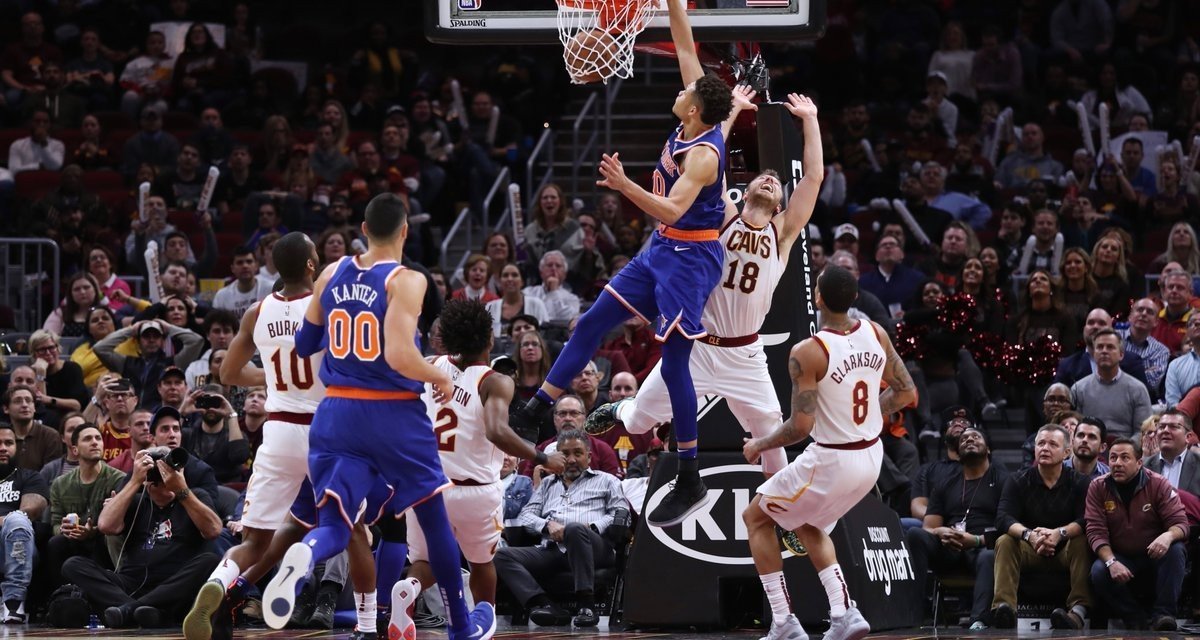 A late comeback by the Knicks failed in Cleveland and the Cavs escaped with a win, but coming off his career night on Sunday versus the Hornets Kevin Knox showcased more of his potential.

Elsewhere, Frank Ntilikina had a solid night, putting up 16 points on 13 field-goal attempts and 46 percent shooting. Also, Ntilikina chipped in four assists, a steal, a block but four turnovers.

Knox tallied 19 points, seven rebounds, and two blocks after scoring 26 points against Charlotte the other day. The Knicks’ rookie was a huge reason for the, albeit failed, comeback versus the LeBron James–less Cleveland Cavaliers.