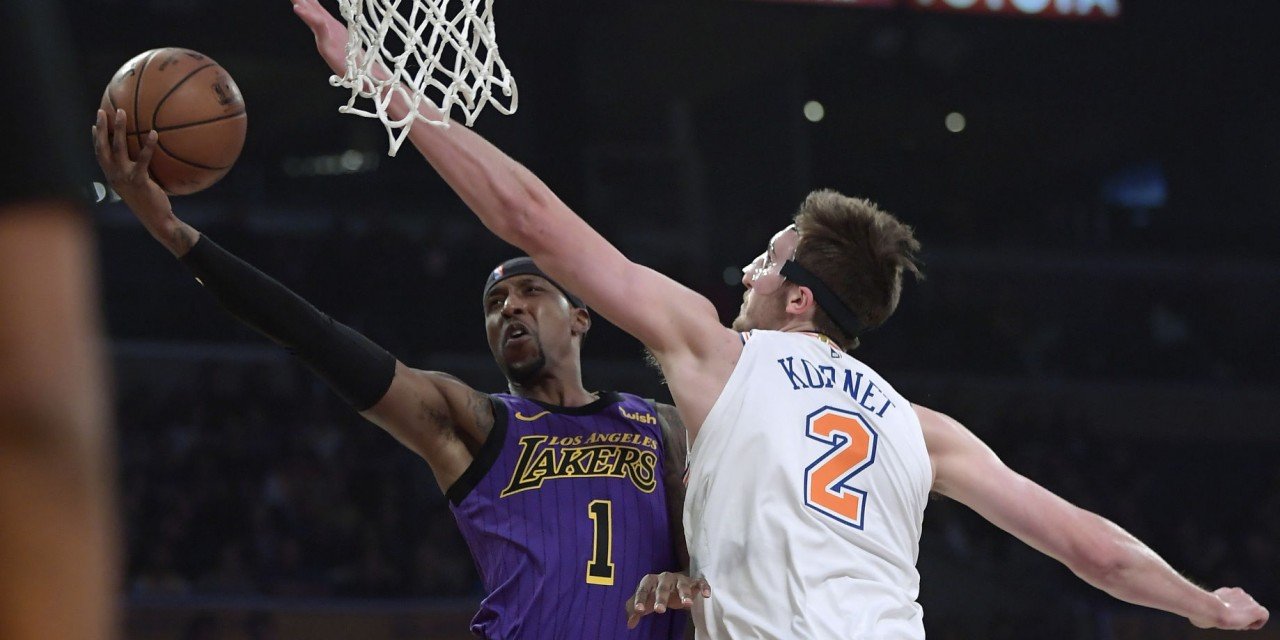 The second-year center from Vanderbilt came off the bench against Philadelphia after a string of starts yet still played encouragingly in the home loss on Sunday.

Luke Kornet came off the bench for the Knicks on Sunday and scored 23 points (tying a career-high) along with dishing out five assists.

Kornet was essential for New York in the team’s run, helping close the once-24-point deficit before the ‘Bockers eventually took the L.

The second-year center shot a wildly efficient 7-of-13 from the field and 3-for-8 from deep. Kornet even got into All-Star Joel Embiid’s head during the third quarter, causing Philly’s big man to take a wack at Kornet on a layup attempt, with the officials assessing Embiid with a flagrant foul.

Kornet’s an interesting case study into how well the Knicks could succeed with their young core in lieu of Kristaps Porzingis. Sure, Kornet doesn’t possess the same athletic qualities and shot-creating ability Porzingis has, but the Vanderbilt product can help replicate—just slightly—the sort of magic of having a stretch 5 on the court looks like with Porzingis rehabing. The Knicks’ comeback was led by Kornet and other young players like Kevin Knox (who scored his career high of 31 points), Frank Ntilikina, and Damyean Dotson.

It’s important to factor these variables moving forward for New York; how better to judge the long-term futures of some of these players than to share the court with the impressive role player in Kornet? Enes Kanter doesn’t exactly have a similar skill set that allows the team to keep lanes open for passing (as Kornet demonstrated, too, on Sunday) along with having four, maybe even five reputable shooting threats from three-point range.