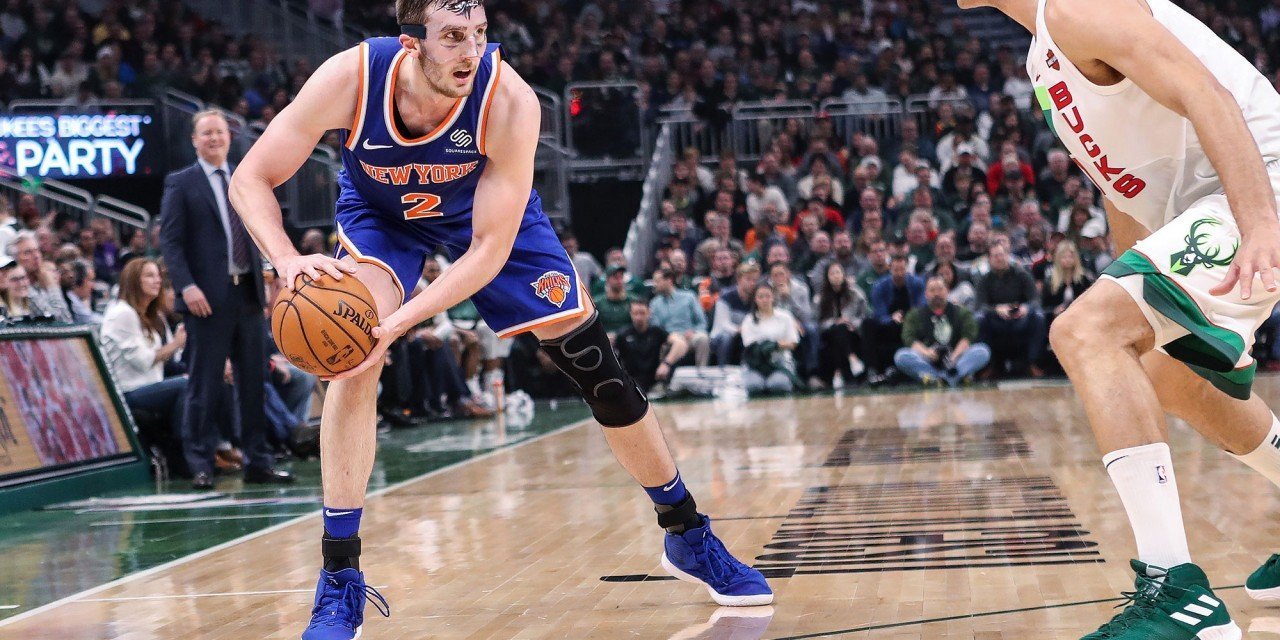 Despite the Knicks’ latest loss, Kornet’s insertion into the starting lineup was valuable for Coach Fizdale and New York as he gave the team necessary space for the team’s guards and wings to operate without clogging the lane that’s often found with low-post player Enes Kanter.

Only Kornet and Tim Hardaway Jr. have made seven three-pointers this season. The big man from Vanderbilt played with the Knicks on a two-way contract during the 2017–18 season before agreeing to a one-year, $1.6 million deal with New York last summer.

While Kornet is a limited player on offense, his three-point shooting is undeniably a threat for teams. Facing the Bucks for the second time in three days, Fizdale yanked the slow-footed Kanter from the starting lineup, and his reason was two-fold: Kanter cannot space the floor on offense and he’d seldom chase Milwaukee’s center, Brook Lopez, away from the three-point line on defense. On Thursday night in Brew City, Kornet provided a decent effort on both ends—including the aforementioned seven triples converted on offense.

Maybe speculate that Kornet’s presence with the starters could replicate some of the magic All-Star Kristaps Porzingis displayed last season. While Kornet is no means a 100-percent replacement for Porzingis, the shooting stroke from deep is particularly comparable to the injured Latvian, thus helping the Knicks better assess some of their expiring pieces to experiment around Kristaps Lite. Players like Emmanuel Mudiay and Noah Vonleh have had surprisingly solid years (for a nine-win team), so team president Steve Mills, general manager Scott Perry, and the Knicks organization would like to see how those players could (potentially) play with a player like Porzingis, the franchise’s cornerstone.