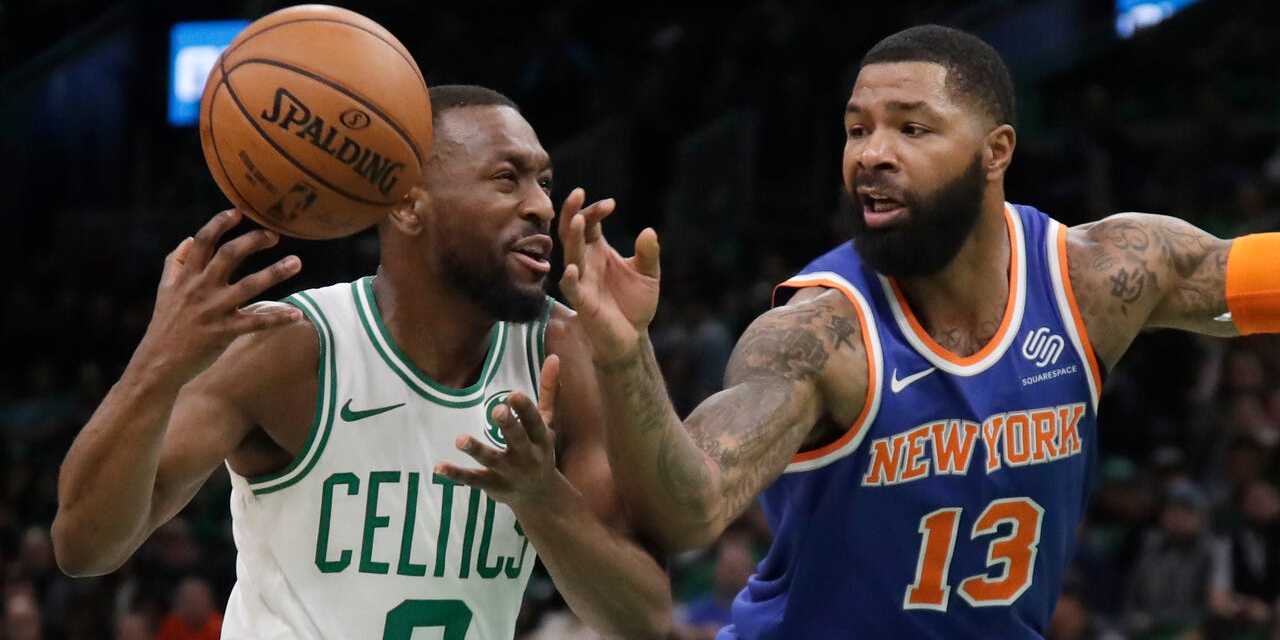 Marcus Morris led the Knicks in scoring on Friday night with 29 points, almost willing the team down the stretch in the fourth quarter.

Marcus Morris was clutch down the stretch for the New York Knicks (1-5) on Friday night, tying the game and nearly stealing the show until Boston Celtics third-year wing Jayson Tatum hit a tough, go-ahead game-winner in the corner, downing New York for the second time in a week.

Morris scored 29 points on 8-of-17 shooting including 5-for-8 from behind the three-point arc. He also chipped in nine rebounds, three assists, and a pair of steals against his ex-team. (Morris was a Celtic the past two seasons, going to the second round of the playoffs in both years with the Beantown franchise.)

The Knicks almost won a close game in the fourth quarter again for the third time. It definitely leaves a residual malaise feeling for the repeat offending team, but overall the ‘Bockers are gritting out losses that will one day turn into wins.

Frank Ntilikina was another major plot line for the Knicks on Friday, starting in his first game of the 2019–20 season. He appeared for a second-best number of single-game minutes, 38, and was mostly solid given his limited offensive capabilities. He finished with 10 points on nine shots, three rebounds, two assists, three steals, and a block.

Knicks rookie R.J. Barrett, trying to build off his career-high-setting 26 points against the Celtics last week, only scored 15 points on 5-of-17 shooting from the field. He added seven boards and five dimes.

Lastly, head coach David Fizdale noticeably went with a very shortened rotation, with only three players getting time off the bench and guys like Allonzo Trier, Damyean Dotson, and Taj Gibson finding zero minutes despite the absences of Dennis Smith Jr. and Reggie Bullock (the latter of whom is hurt anyway).