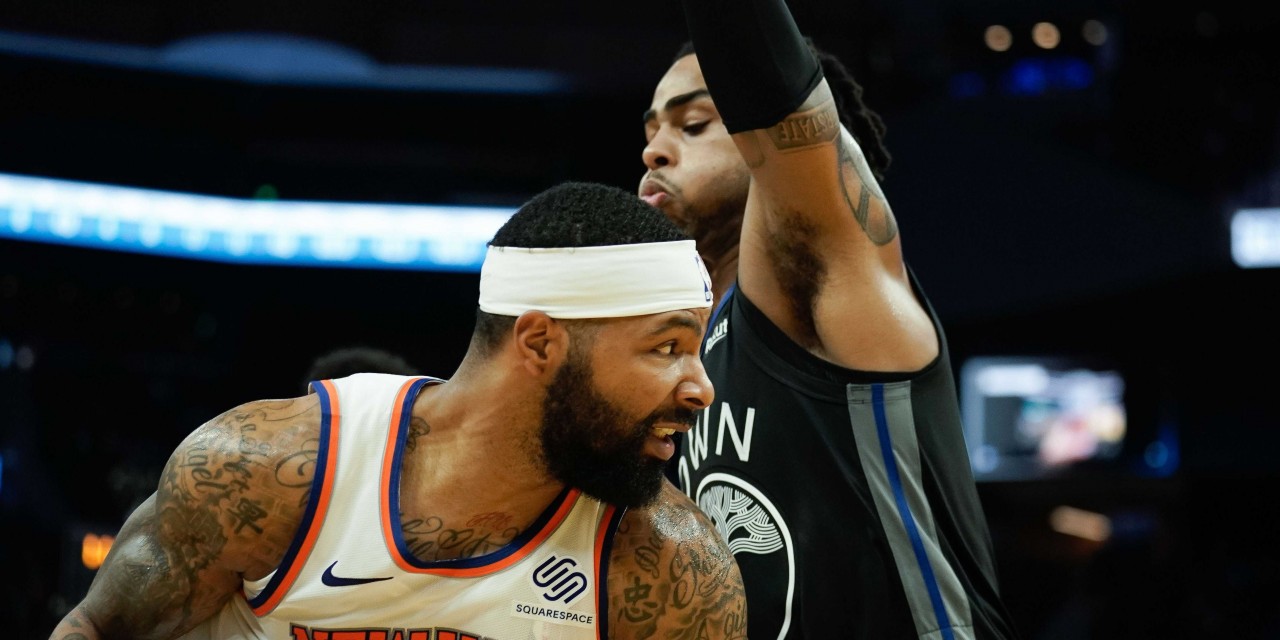 Marcus Morris recorded another 30-plus-point scoring outing for the Knicks last night in San Francisco, as the Knicks took down the Warriors.

The New York Knicks (5-20) snapped their 10-game losing streak on Wednesday night in the Bay Area on the second night of a back-to-back, defeating the Golden State Warriors (5-21) in overtime at the newly minted Chase Center.

Morris signed with the Knicks this past offseason to the tune of a one-year, $15 million deal after spurning the San Antonio Spurs, who were vocally frustrated after the former Boston Celtics forward reneged on a verbally agreed two-year deal, which the Spurs had to trade young forward Davis Bertans to facilitate the forthcoming signing.

Morris shooting nearly 48.9% from three-point range during the 2019–20 season, a scorching mark making the Kansas product a dangerous threat from behind the arc despite the shortcomings of the rest of New York’s offense.

Meanwhile, Barrett was able to shake off a string of poor performances, including a near-dud against the Portland Trail Blazers to open the west coast road trip, for a 22-point, 10-rebound double-double in the Bay Area on Wednesday, including three assists. Barrett mostly tailed off in the second half, but the first-year swingman out of Duke looked much more comfortable against the lowly Warriors, an obvious tanker team this year.

The Knicks play again on Friday in Sacramento.