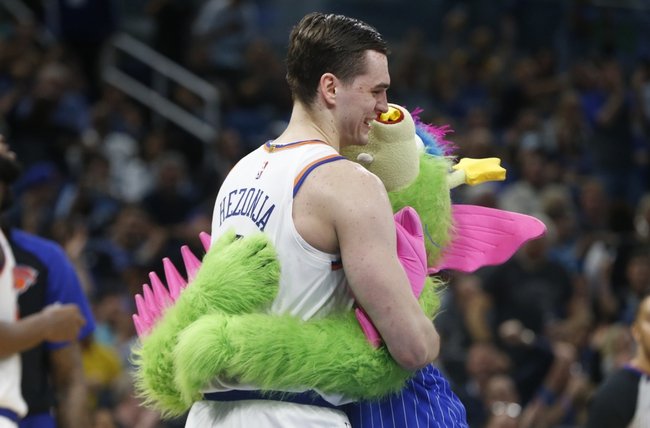 Mario Hezonja scored a new career-high in his homecoming game against the team that drafted him, the Magic, in Orlando as the Knicks lose 114-100.

Mario Hezonja was far from shy as he made his visiting debut against the team that drafted him in Orlando, dropping 29 points in a start for the Knicks on Wednesday night.

New York head coach David Fizdale gave Hezonja the nod against his former team and the Croatian former lottery pick did not disappoint despite fouling out in the final minutes of the contest.

Hezonja’s 29 points marked a new career-best in single-game scoring for “Super Mario.” To go with his best scoring game, Hezonja chipped in an all-around game with nine rebounds, five assists, and two steals (and the aforementioned six personal fouls resulting in his ejection).

Elsewhere, Knicks rookie forward Kevin Knox scored an efficient 21 points in 34 minutes on 7-of-13 shooting from the field and 3-for-5 from long range. Knox has perked up in recent weeks, shooting his best in his brief NBA career in the last seven-odd contests as the Kentucky Wildcat looks to end his rookie campaign strongly.

»READ: Mario Hezonja and Knicks free-agent reclamation projects: should they stay or go?