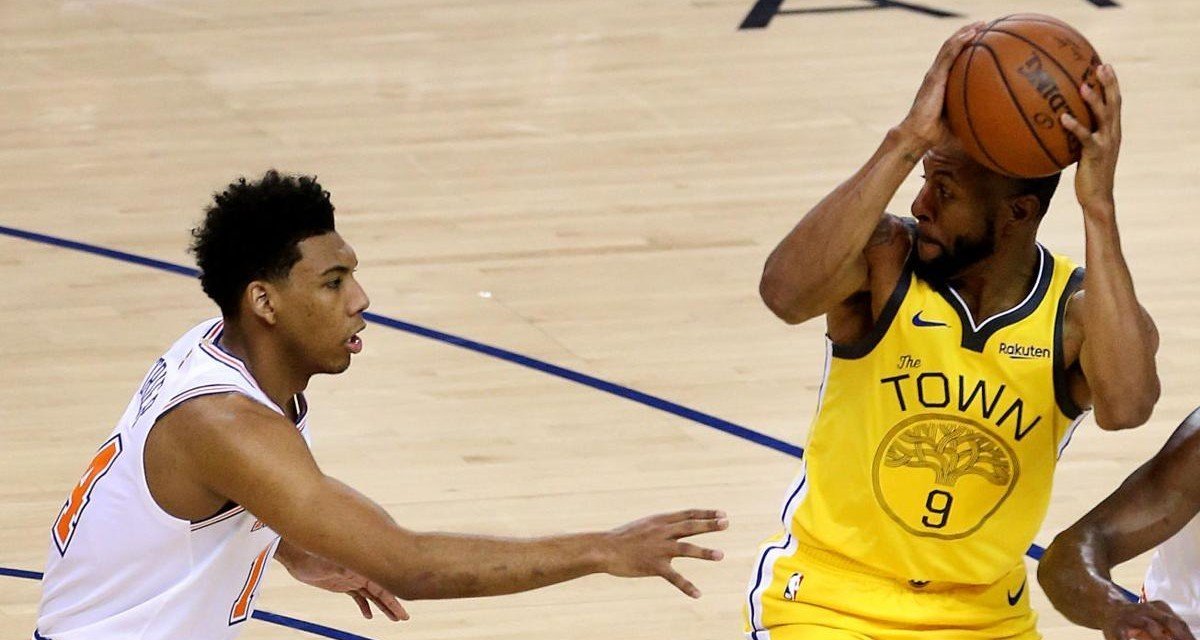 Mario Hezonja and Allonzo Trier combined for 30 points against the reigning champs Warriors on Tuesday night in Oakland.

Mario Hezonja continued to perk up with scattered minutes on the Knicks’ West Coast trip, including dropping 19 points off the bench versus the Warriors.

Allonzo Trier, meanwhile, is still finding his footing after returning from injury. The undrafted rookie scored 11 points against the reigning champs — his first double-digit output since his return.

Here are the duo’s buckets in Oakland.

The former Arizona Wildcat missed seven games after tweaking his hamstring. Since his return, though, his numbers haven’t stabilized. On Tuesday, Trier scored 11 points on 38.5 percent shooting from the field, however.

Hezonja has been mostly out of the rotation, but surprise appearances against the Lakers, Blazers, and now Warriors ave pushed the conversation into wondering whether the former fifth-overall pick in the 2015 draft can make a dent in head coach David Fizdale’s rotation. Perhaps if Enes Kanter is dealt, the Knicks would play “smaller”—with Hezonja moving to a stretch four position and New York’s center rotation built around Luke Kornet and Mitchell Robinson.