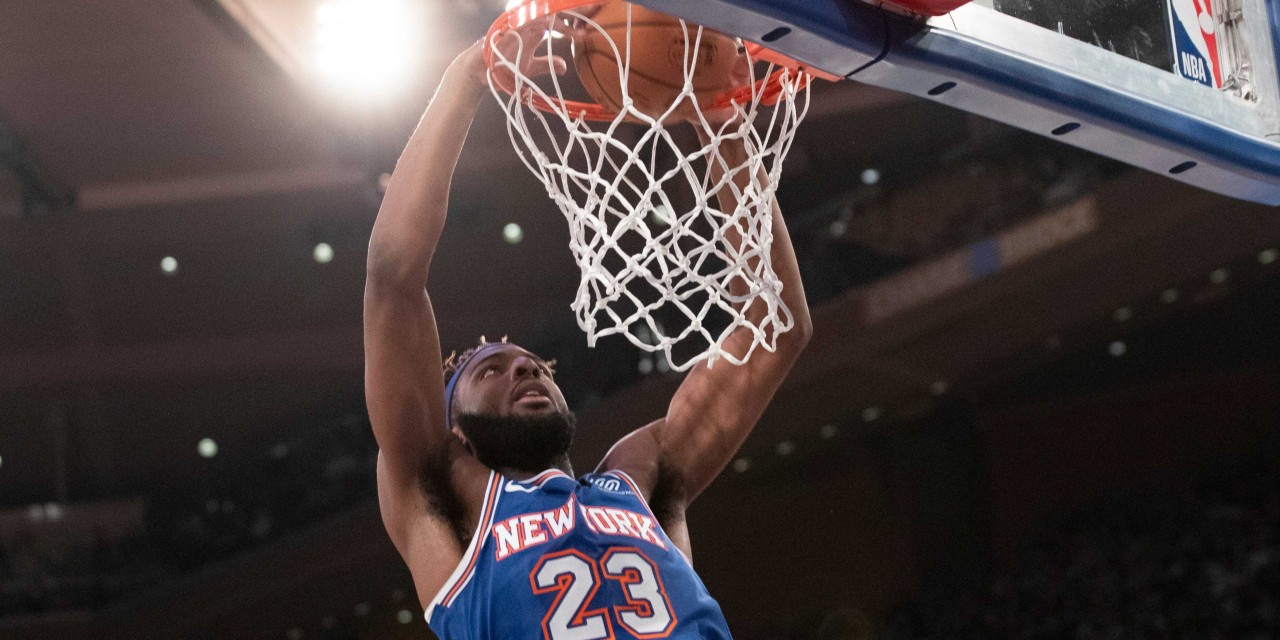 Mitchell Robinson and Frank Ntilikina demonstrated careful defense against the Spurs in a near-blowout, totaling 10 steals and blocks combined.

The New York Knicks lost at home to the San Antonio Spurs, with a furious late-game comeback not enough to close a margin that was once 28 points to Gregg Popovich’s squad.

Ntilikina, 21, scored nine points on nine shots, also recording nine assists in what could have been a blowout loss at Madison Square Garden. While the French guard has practically cemented his starting point-guard role on the Knicks, veteran floor general Elfrid Payton, signed this past offseason, is still out with a hamstring. Payton’s return could muck up second-year head coach David Fizdale’s rotation; however, the Knicks coach has praised the growing consistency among the current rotation in recent games.

Robinson continues to come off the bench, relieving Taj Gibson. The former second-round pick is averaging 2.0 blocks on the season for New York and is an anchor on the defensive end while a persistent lob threat on offense.

The Knicks host the Brooklyn Nets on Sunday at 6 p.m. ET. Their crosstown rival will be without All-Star point guard Kyrie Irving, however.