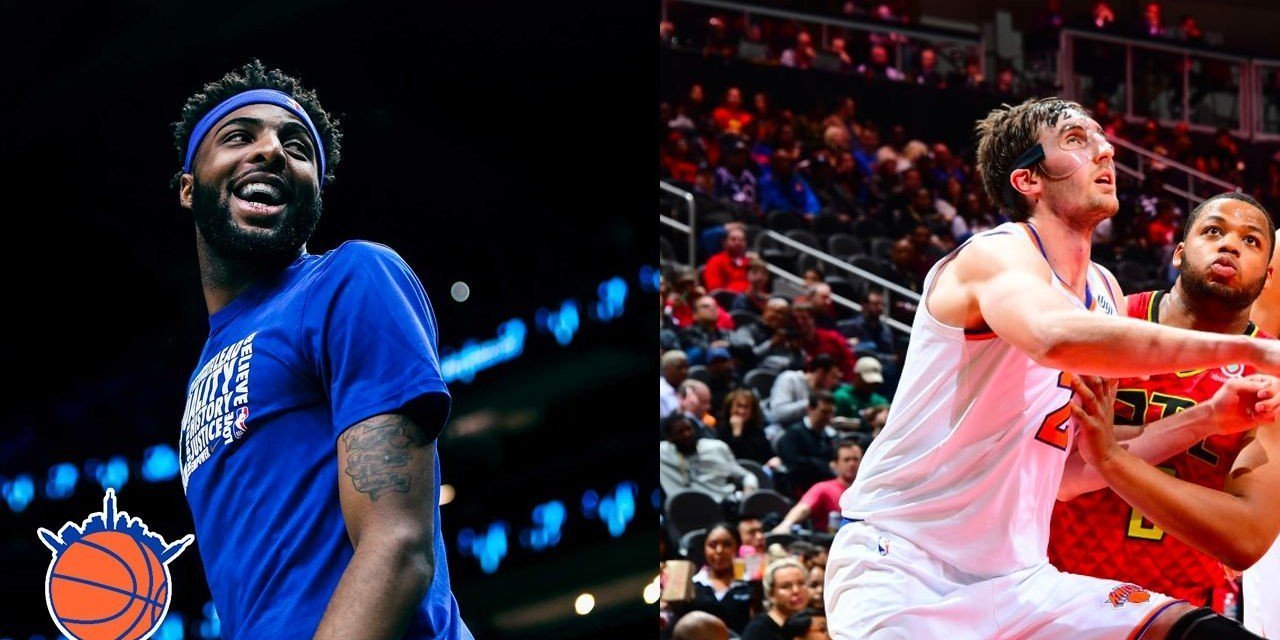 The unique blend of defense from the Knicks is a college-style zone David Fizdale has deployed.

As heavily requested by our YouTube community (that’s your cue to subscribe), we combed through possessions where Robinson and Kornet shared the hardwood in the last three games before the All-Star break and found a few highlights during which Fizdale deployed the rare zone defense amidst the Association.

Mitchell Robinson has really come on as of late—averaging 11.2 points, 8.2 rebounds, and 3.2 blocks in 21.8 minutes per game in the rookie center’s last five games, per NBA Stats. While Robinson wasn’t selected to participate in the NBA’s Rising Stars Challenge last weekend like his teammate Kevin Knox, Mitchell’s star has been rising noticeably among NBA pundits and inside the organization. With Kristaps Porzingis gone and an uncertain free-agency summer over the horizon, Robinson is the surest thing for the Knicks for a big man with a very definable and high ceiling.

A rim-runner with maybe too much of a penchant to bite on head fakes and pump fakes, Robinson is clearly an impact player on both ends of the floor. Robinson’s defensive rebounding numbers, too, have looked better as he’s settled down and used his length and verticality to alter shots while giving himself solid position to box out and rebound.

Of course, he’s getting plenty of blocks in, too. Robinson is tied for third in the NBA in blocks per game and 11th in total blocks in the league despite playing south of 18 minutes per game and appearing in 42 total games (via Basketball-Reference).

Meanwhile, Luke Kornet has demonstrated a measured role as a stretch-five. Kornet, who played with New York last season as well, was signed to a full-term deal last summer following his hard work on a two-way deal in 2017–18. This year, with dotted playing time here and there, Kornet continues to prove he can respectably space the floor and even provide solid defense in Fizdale’s zone scheme.