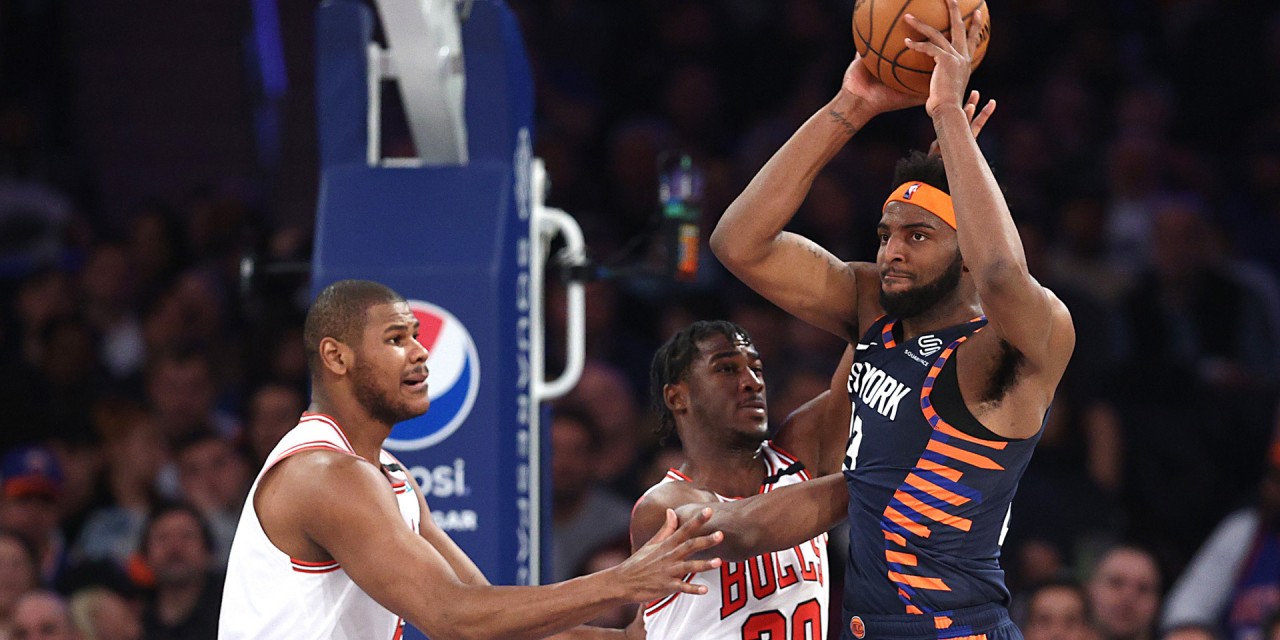 Knicks neophytes Mitchell Robinson and RJ Barrett led the charge for New York on Saturday, combining to score 42 points against the Bulls.

Mitchell Robinson scored a career-high 23 points on Saturday at home against the Chicago Bulls, stopping the bleeding in the form of a six-game losing streak for the Knicks.

On the first of a five-game homestand for New York, rookie swingman R.J. Barrett scored 17 first-half points, too, with the Duke product and second-year center combining forces to propel the Knicks to a feel-good home victory, winning 125-115.

Knicks interim head coach Mike Miller has been under fire for weeks due to his insistence on keeping Robinson as a bench reserve instead of starting the sophomore. That persisted on Saturday in spite of Robinson’s fantastic performance against Chicago. A second-round pick in 2018, Robinson completed the double-double over the weekend with 10 rebounds (along with a pair of assists and a couple of blocks) to go with his career-best 23 points in 29 minutes off the pine.

While Robinson continues to come off the bench, he has started to play more minutes than the first unit’s center, veteran big man Taj Gibson, a New York native on the first year of a two-year, partially guaranteed contract signed last offseason. Gibson’s presence early on against the weakened Bulls team set the tone for the rest of the tilt as he scored the first several baskets for the Knicks.

Barrett and Robinson played especially well together, a hopeful sight for ‘Bockers fans. The Canadian guard’s second-quarter performance in particular stood out as a development in Barrett’s young career that the third overall pick from last year’s draft class can “take over” games, justifying the Knicks’ highest selection in the lottery since Patrick Ewing going no. 1 in 1985.

The Knicks continue their homestand with a rematch with the Houston Rockets on Monday, although it remains to be seen whether Mitchell Robinson will finally start or not.