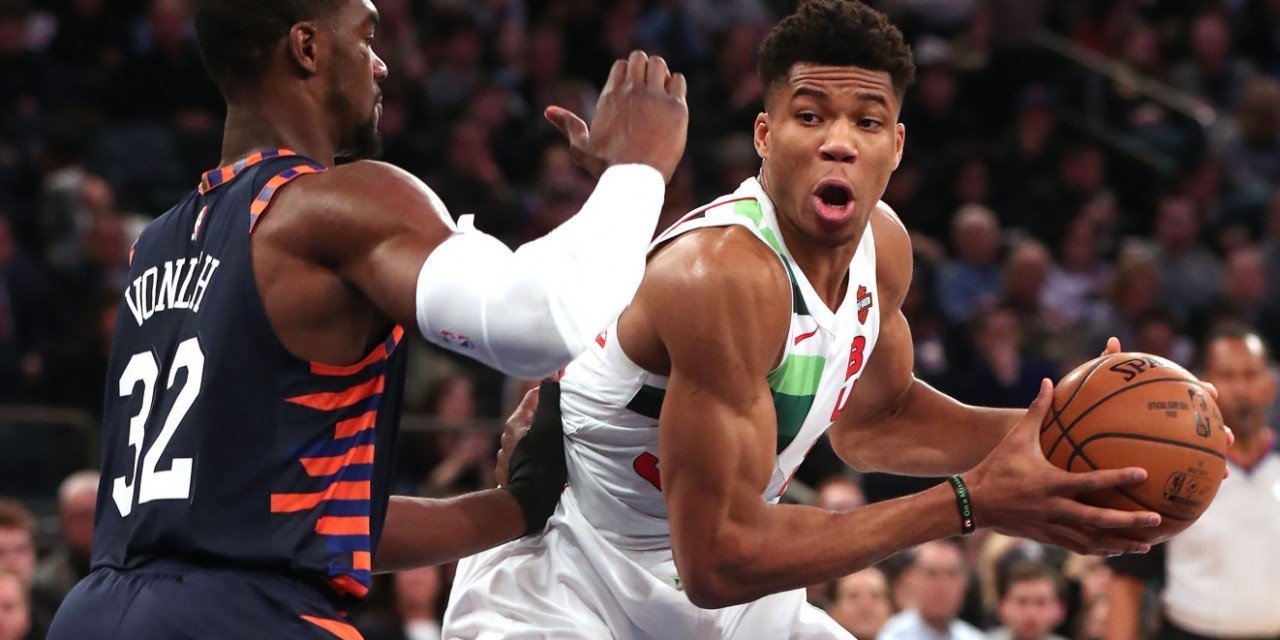 Noah Vonleh’s hard-working attitude doesn’t go unnoticed, even in the Knicks’ Xmas loss. His effort was on display for a national audience yesterday.

Noah Vonleh is more or less the heart of these New York Knicks. He tallied 14 points, 15 rebounds, and two blocks against Giannis Antetokounmpo and the Milwaukee Bucks in New York’s Christmas Day loss at the Garden.

Noah Vonleh is having a career year in New York. Since signing a one-year, unguaranteed minimum salary contract with the Knicks, the Hoosier is averaging 8.4 points, 8.5 rebounds, 2.2 assists, and 0.9 blocks in 26.8 minute per game—all career bests (via Basketball-Reference).

More importantly, Vonleh demonstrates effort on both sides of the floor on every night, giving the Knicks the sense of urgency head coach David Fizdale is trying to instill in his young team. At 23 years old, Vonleh is closer to novice in the NBA, but the Knicks are his fifth team as many seasons, and the former ninth-overall pick in the 2014 draft has subsequently learned what it takes to stick in the Association.

Vonleh displays great instincts, like positioning and boxing out to collect rebounds—he averages 1.9 offensive boards a game—and shot-blocking prowess; two skills that could potentially mesh well with Kristaps Porzingis if the rehabilitating Unicorn returns to the hardwood in 2019 or the Knicks re-sign Vonleh.