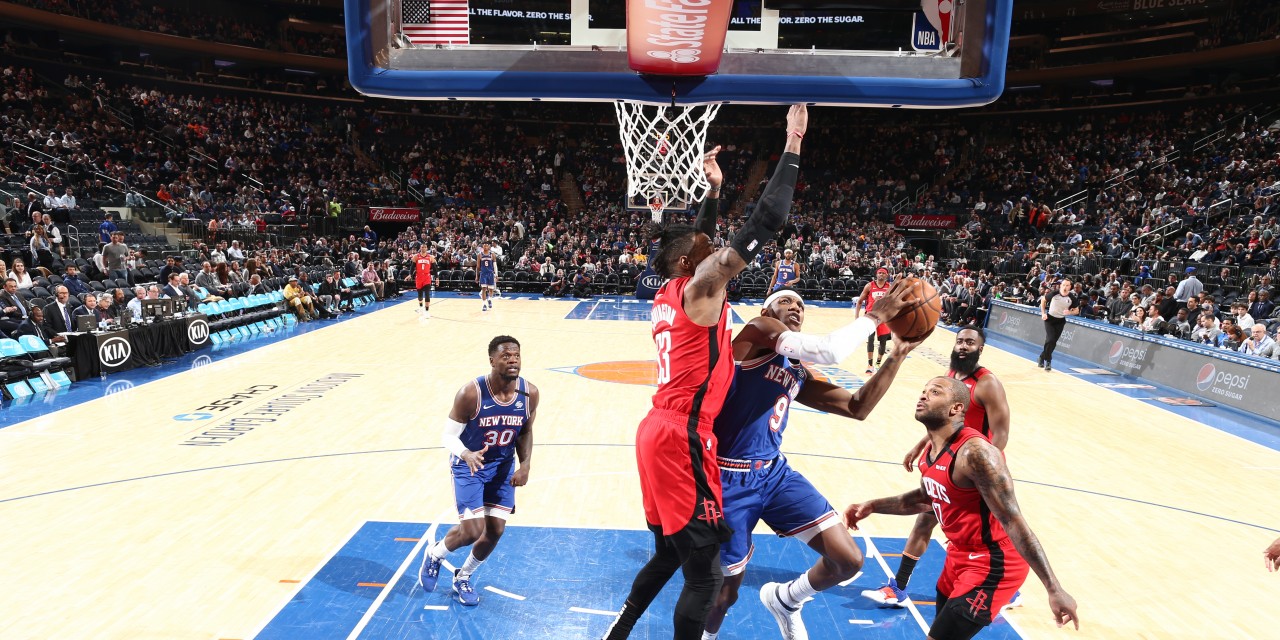 RJ Barrett had a stellar night at the Garden, leading the Knicks in a great victory against the Rockets to start the Leon Rose era right.

R.J. Barrett tied his single-game career-best 27 points in a great effort at home for the Knicks, taking down the Rockets (with some help with Frank Ntilikina).

It was the first win in the Leon Rose era, as the former CAA Sports agent joined the organization officially on Monday, March 2nd, as team president. The Knicks held onto their narrow lead in the fourth quarter with some specular plays from Barrett, Ntilikina, and Julius Randle. Monday’s win represented a team-driven and youth-oriented win in the fresh era for New York, taking down James Harden, Russell Westbrook, and the Rockets.

Barrett finished with 27 points, five rebounds, five assists, and a steal in 30 minutes. He had another great first half against the Rockets following last week’s matchup in Houston. Barrett didn’t waver in the second, though, as he came up clutch with the go-ahead basket in the final seconds, leading to one last possession for the Rockets, where third-year French guard Ntilikina locked down former NBA MVP point guard Russell Westbrook for a missed shot at the buzzer.

Ntilikina played very well, besides his defense, dishing out four assists in 29 minutes off the bench along with scoring 11 points on 10 shots and coming away with two steals.

Barrett and the Knicks continue their warpath at home in the waning days of the 2019–20 NBA season, seeing what they can muster from their young team, with the Utah Jazz visiting on Wednesday.

»READ: Where does RJ Barrett stand in the Rookie of the Year race