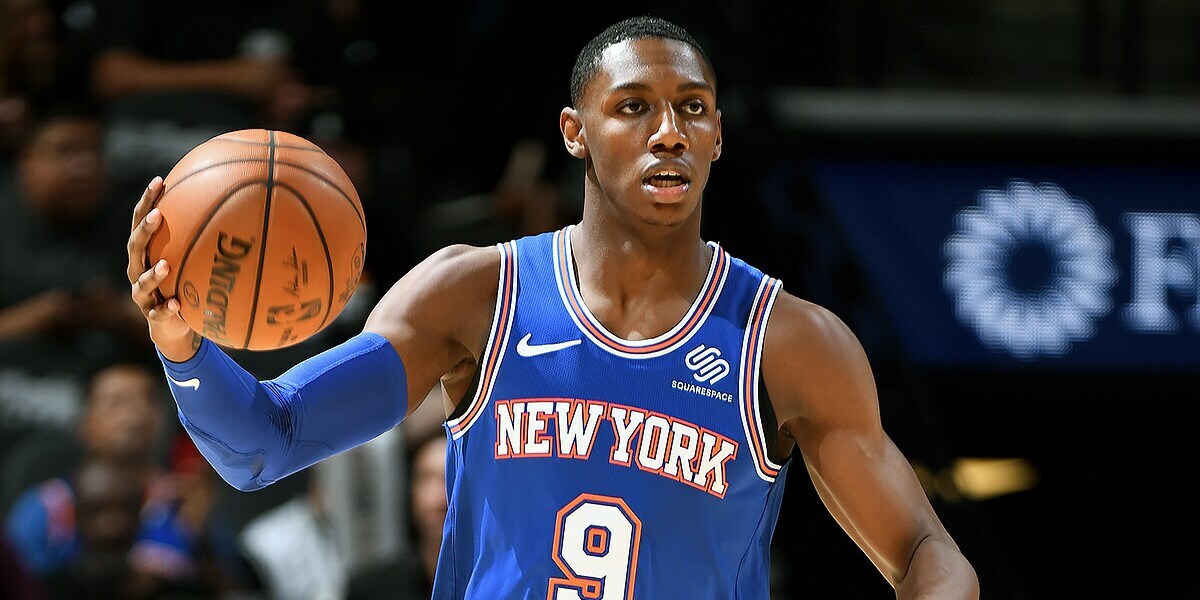 Knicks rookie guard RJ Barrett scored his first 20-plus point game since mid-January on Monday against the Rockets in the defeat.

Knicks rookie swingman R.J. Barrett had to play backup point guard against the Rockets on Monday night with both Elfrid Payton and Frank Ntilikina unavailable.

The 19-year-old went off for 14 first-quarter points and finished with 21 points, six rebounds, and three assists in New York’s losing effort in Houston.

Dennis Smith Jr., the maligned third-year point guard out of NC State, started for the Knicks at the one alongside Barrett in the backcourt on Monday night against the Rockets with Payton and Ntilikina sidelined. He posted a rather eye-popping but ultimately futile stat line with 15 points on 5-of-12 shooting, seven rebounds, five assists, and a single-game career-high seven steals. Smith, however, was ineffectual against Harden (who started at point guard for Clutch City with Russell Westbrook hurt).

Barrett and the Knicks fell by 11 misleading points, as the deficit throughout the second half was closer to 20 points.

The Knicks are now losers of four consecutive games stretching back before the All-Star break and the breakout Rising Stars Challenge for R.J Barrett over that same weekend. After surprisingly winning four straight games two weeks ago, New York dropped two games against lesser opponents right before the break, lost against the Pacers at home on Friday, and dropped another one on Monday against Houston.

Barrett and New York face the Hornets in Charlotte in two days—the first night of a back-to-back that also features a road game against the hurt Sixers, who are without All-Star point-forward Ben Simmons for the moment.

Despite being on pace to win 24 games this season (seven more than last year’s campaign), the Knicks have a chance to showcase Barrett, sophomore center Mitchell Robinson, and some of the younger players that have been outshined by mercenary veterans signed in the past offseason by the soon-to-be former front office.