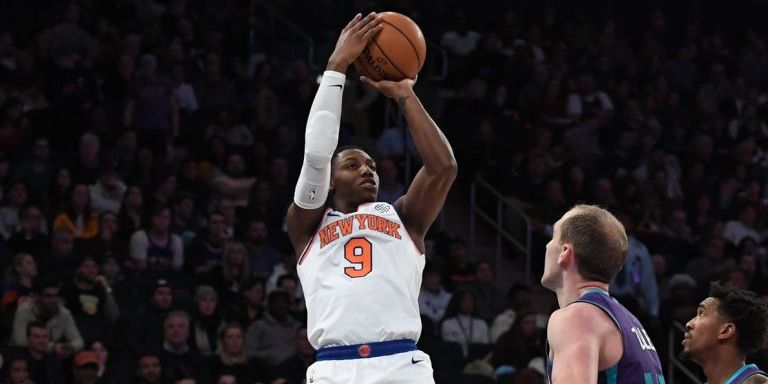 RJ Barrett scored 22 points on 50% shooting from the field in the Knicks’ home loss to the Charlotte Hornets on Saturday night.

R.J. Barrett continues his dignified rookie campaign, looking like a damn veteran on the hardwood for the Knicks.

The 19-year-old Duke product scored 22 points on 50% shooting in New York’s home loss to the Charlotte Hornets on Saturday night, a stunning defeat at the hands of the second-youngest team in the league. Second-year point guard Devonte’ Graham his a go-ahead three-pointer to sink the Knicks, who had zero last-second competence to form a successful play with Randle chucking up a miss.

The Knicks lost by one point in a game they should have won and a game that could have given them their first winning streak of the early season. Nevertheless, Barrett carries on as a strong force to be reckoned with, even when he’s not operating at 100%.

Second-year center Mitchell Robinson came out of the game in the fourth quarter after rolling his ankle, which could be a potential setback for the impressive big man (who even scored on the possession following his injury, firing up the crowd with a huge dunk). Robinson had 17 points and 12 rebounds in 27 minutes.

Barrett played 31 minutes, shot 8-for-16 from the field, 2-of-4 from deep, and chipped in five rebounds and two assists with four turnovers.

The Knicks play the Cleveland Cavaliers on Monday, who return to the Garden after humiliating the home team last weekend following the first time the ‘Bockers defeated the Dallas Mavericks. That home loss to the Cavs prompted team president Steve Mills and general manager Scott Perry to speak to the media unexpectedly, further worrying David Fizdale’s job security. Barrett and the Knicks can get revenge a week later from the Cavs.

»READ: In the midst of another rumor storm, David Fizdale locks in on “character” of his team