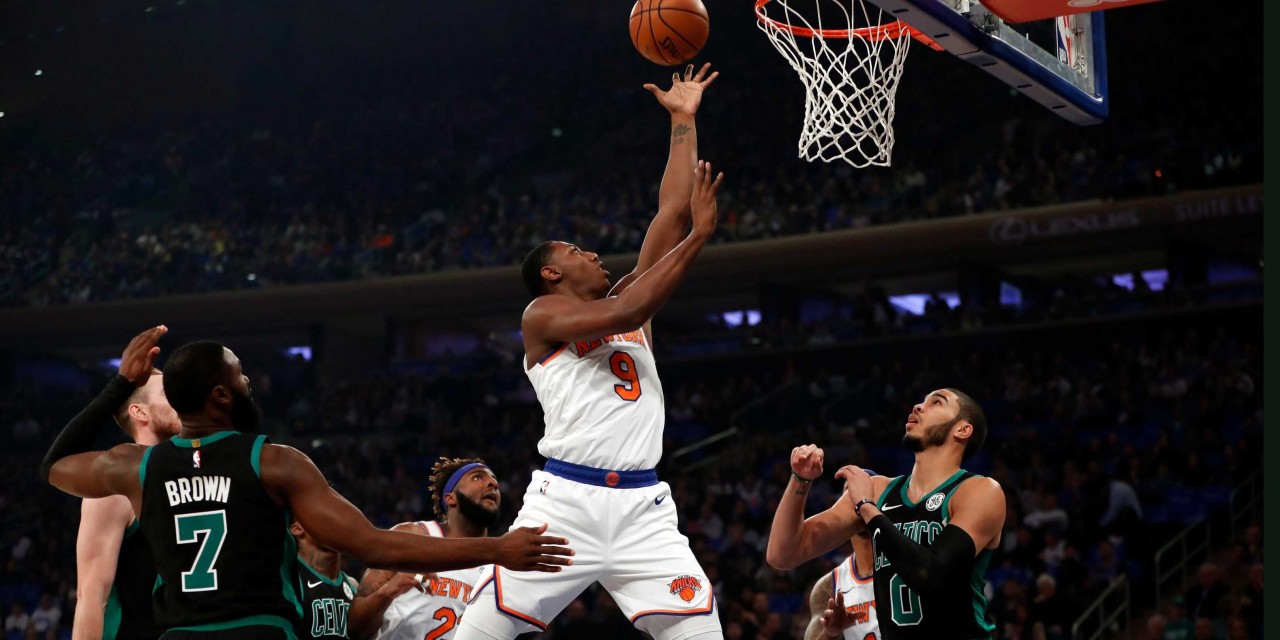 Knicks rookie RJ Barrett poured in 26 points for New York in their home-opener against the Celtics on Saturday, also dishing three assists.

New York Knicks rookie guard R.J. Barrett continues to impress through his brief professional tenure, scoring 26 points on 9-of-20 (45%) shooting from the field in Saturday’s home loss to the division rival Boston Celtics.

Despite Barrett’s great Madison Square Garden debut, the Knicks couldn’t pull off the upset over the Celtics, squandering a halftime lead to Boston, which led to a miserable fourth quarter. The final score was a 118-95 letdown in front of the New York crowd. The Knicks fumbled possession of the ball on 26 separate occasions—baffling mistakes by the new-look team, which proved extremely costly. The Celtics scored 36 points off of the turnovers.

Second-year center Mitchell Robinson continued to look impressive, playing 20 minutes in the defeat and contributing 17 points on a perfect 7-for-7 from the floor along with three blocks.

Julius Randle has had trouble finding his footing as the presumptive star of New York’s offense. The Knicks inked the former Los Angeles Lakers lottery pick to a three-year deal worth around $60 million, and while the 6-foot-9 power forward has averaged a double-double through three games, he hasn’t looked dominant yet. Last night he scored 10 points on 11 shots and grabbed 10 rebounds, too. Randle, along with the starting lineup minus Robinson, coughed up at least four turnovers.

The Knicks remain at home for Monday’s contest against the Chicago Bulls (1-2). They have a chance to finally notch a win on the young season—and do so in front of their anxious home crowd.