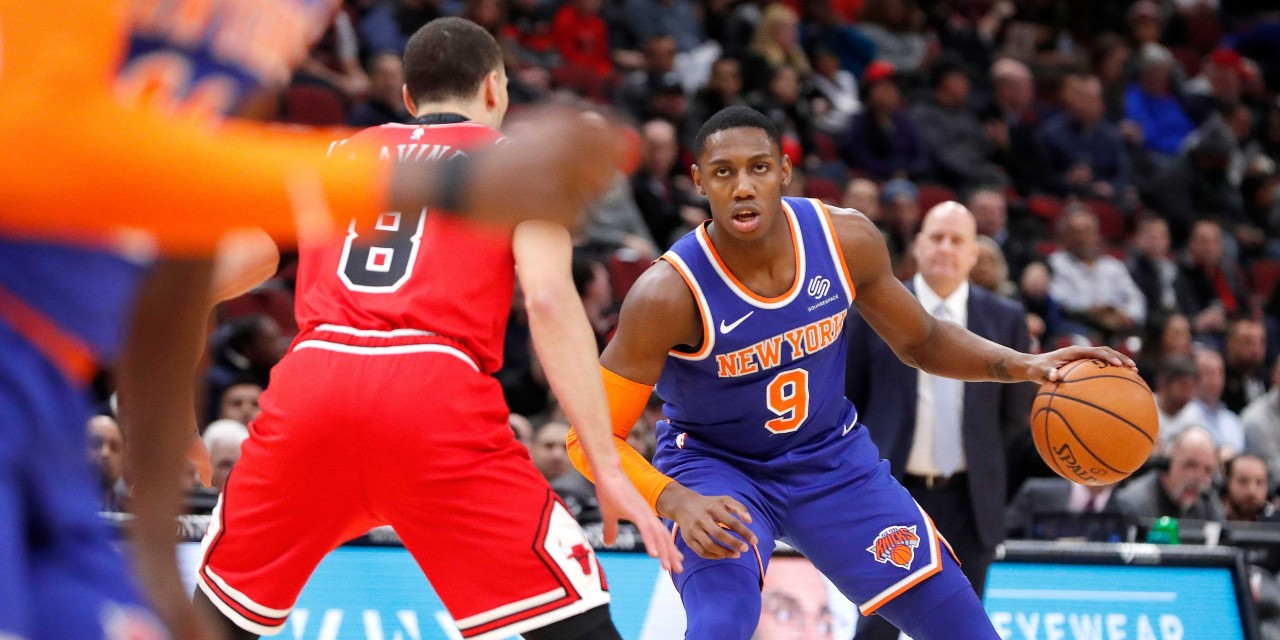 R.J. Barrett played the very efficient and productive role in Tuesday’s road loss to the Chicago Bulls, shooting 50% from the field for 21 points and tallying a single-game career-best (so far) nine assists.

Besides Barrett, veteran forward/center Taj Gibson had a nice night in his return to Chicago, putting up 17 points in the mini-homecoming for the long-time Bull.

The Knicks’ latest loss, though, was a testament to the failing defense and further heats up David Fizdale’s seat with rumors swirling about an imminent change at New York’s head coaching job. While Fizdale has to manage a motley crue of a roster, including third-year guard Dennis Smith Jr. returning to the team after a bereavement leave, his superiors in the front office, team president Steve Mills and general manager Scott Perry, are reportedly plotting to replace the second-year Knicks coach. On Tuesday, Fizdale kept a relatively short rotation; the starters, Frank Ntilikina, Barrett, Marcus Morris, Julius Randle, and Taj Gibson, and a bench pre–garbage time consisting of Bobby Portis, Kevin Knox, Smith, and Dotson.

That worked out fine—with New York keeping the deficit within a few possessions—until rookie Coby White caught fire in the fourth quarter, dousing any chance of a Knicks comeback with seven three-pointers in the final frame with his North Carolina coach Roy Williams in attendance.

White likely stole the show and headlines after the Bulls’ eventual 18-point win, but Knicks rookie Barrett snapped out a quick, two-game ugly cold spell and brought his game back to life, looking like the best player on the floor for either team for stretches on Tuesday.

»READ: Knicks lose in Chicago as season continues to spiral