TKW Highlights: RJ Barrett, the Silver Lining vs. the Kings 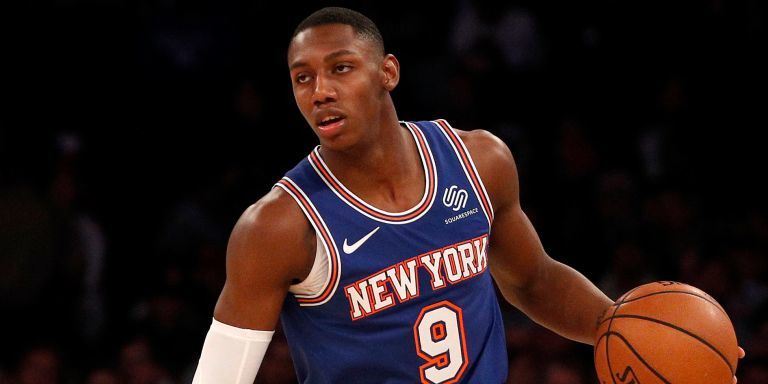 While De’Aaron Fox looked like the best player on the court at times, Barrett, at 19, was efficient and after a meh-y first half, bolted out of the gate in the third quarter to pick up any chance at the comeback. That was for naught, unfortunately, but Barrett continued to impress through his first seven regular-season games.

The point of controversy, however, was Barrett’s team-high 41 minutes—a polarizing issue between fans and head coach David Fizdale. The New York coach claims the 19-year-old doesn’t need “load management,” but the other side decries any need for Barrett in a blowout game, which could risk injury for the prized member of New York’s young core.

Here’s what the second-year coach said about Barrett’s minutes speculation, per The Athletic’s Mike Vorkunov on Twitter:

“He’s got the day off tomorrow,” David Fizdale said. “We gotta get off this load management crap. Latrell Sprewell averaged 42 minutes for a season. This kid’s 19 years old. Drop it.”

While R.J. Barrett’s solid start to his rookie campaign is possibly the lone bright spot for Knicks fans, the franchise cannot risk tainting probably its most important asset. The third overall pick looks like a keeper and the team’s future leading scorer—why risk injuring him in a blowout?

»READ: Could RJ Barrett be the Knicks’ answer at point guard?