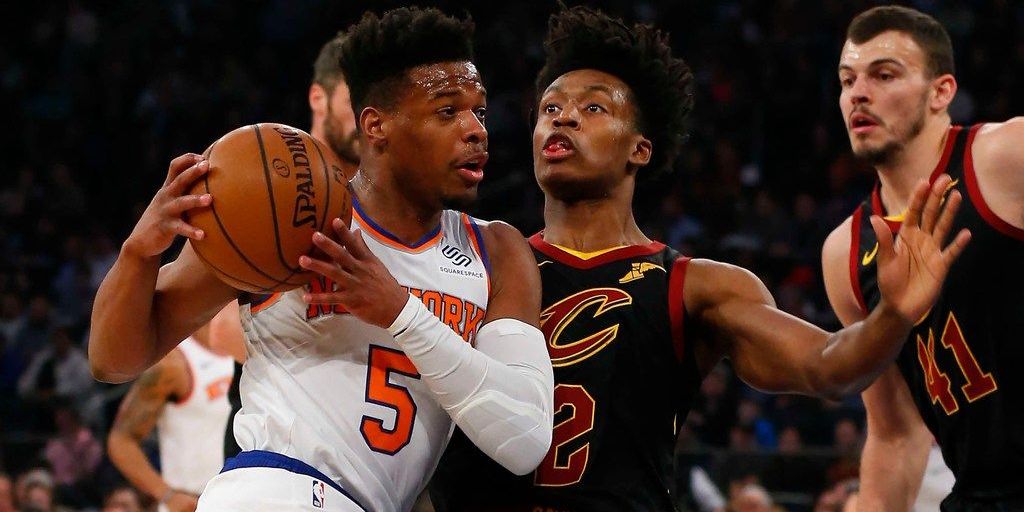 Despite solid nights from Dennis Smith Jr. and Mitchell Robinson, Kevin Love and the Cavs snapped the two-game winning streak for the Knicks.

The Knicks had their brief, two-game winning streak snapped by fellow NBA basement-dweller Cleveland Cavaliers on Tuesday at the Garden. Despite scoring 118 points—including 59 points chipped in by the bench—New York’s porous defense (125 points allowed) prevented a spirited late-February run by the young team.

Allonzo Trier, the undrafted rookie guard out of Arizona, scored a team-high 22 points in 32 minutes off the pine.

Noah Vonleh—sinking into his worst stretch with the ‘Bockers in the month of February—scored 16 points on 7-of-7 from the floor and grabbed 10 rebounds. NorthJersey’s Chris Iseman notes

Kevin Knox, unfortunately, continued his rough stretch with a truly ineffectual night against the Cavs. The rookie forward totaled eight points on 12 shots, six rebounds, and two assists. Knox at times has completely shot the team out of close ball games and his inactivity on defense without buoying from Robinson or Damyean Dotson in the lineup, was one of the deciding factors in Thursday’s loss.