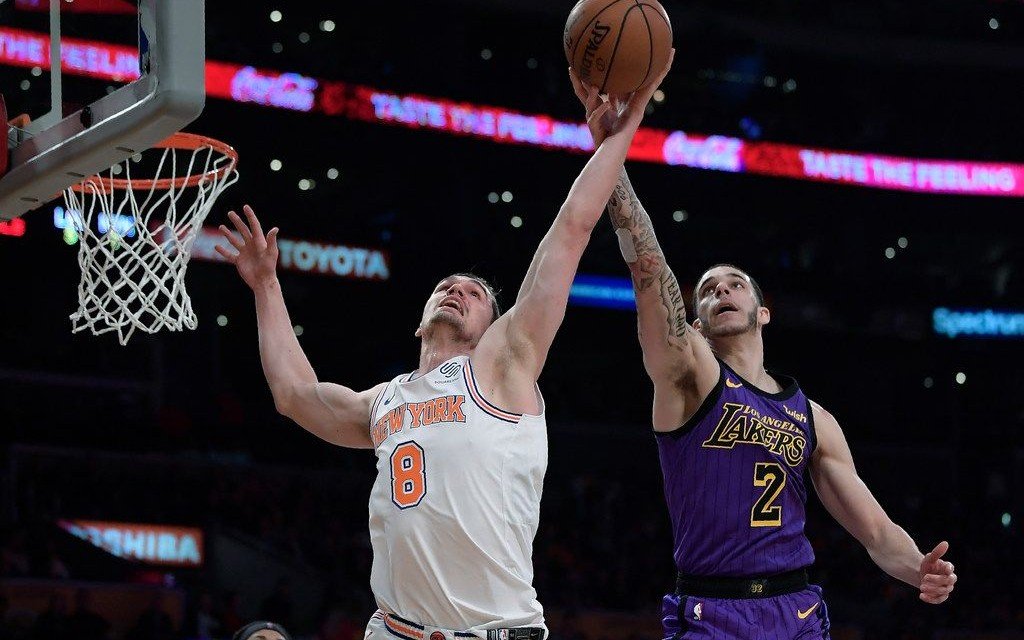 Despite coming away with only one win on their road trip, the Knicks’ reclamation projects Mario Hezonja and Emmanuel Mudiay had some nice showings.

Mario Hezonja has re-emerged after getting buried on the bench following an 11-game stint with the starters. Pulling from his toolbox, Knicks head coach David Fizdale has found playing time for the former fifth-overall pick—as the reigning Eastern Conference Rookie of the Month, Kevin Knox, has faltered during New York’s road trip.

Hezonja scored 10 points against the Lakers in the Knicks’ win at Staples Center. The Croatian’s three made buckets in the fourth quarter were crucial to the Knicks’ limp grip on the lead against the LeBron-less Lakers team.

Then, in Portland, Super Mario provided floor-stretching and extending rebounds to quickly get out in transition. Coming off the bench, Hezonja sparked the ‘Bockers at times with 14 points on 10 shots and two trips to the free throw line.

Meanwhile, Emmanuel Mudiay has shaken off a New Year’s rust and provided much-needed finishing for the Knicks. Scoring in double digits on the five games on the road trip—the former seventh-overall selection has scored at least 11 points for 12 straight games—a steady diet of mid-range songs have dotted Mudiay’s shot selection. However, after some baffling short-range misses, Mudiay seems to be finding his stroke from close to the basket.

Mudiay and Hezonja are ostensibly not part of the Knicks’ future plans. Both will be free agents at the conclusion of the 2018–19 season, with New York possessing the qualifying offer for Mudiay and Hezonja looking to ante up on his value by taking a one-year deal with the Knicks; nonetheless, the recent positives for the lottery cast offs bode well among NBA players debating purchasing (or more realistically, renting) real estate in the Big Apple. Ditto to the whispers and people shaping the perception of the Knicks.

Molding Hezonja and Mudiay as productive players—even if it means not paying them to stay long-term—can only benefit the Knicks culturally.