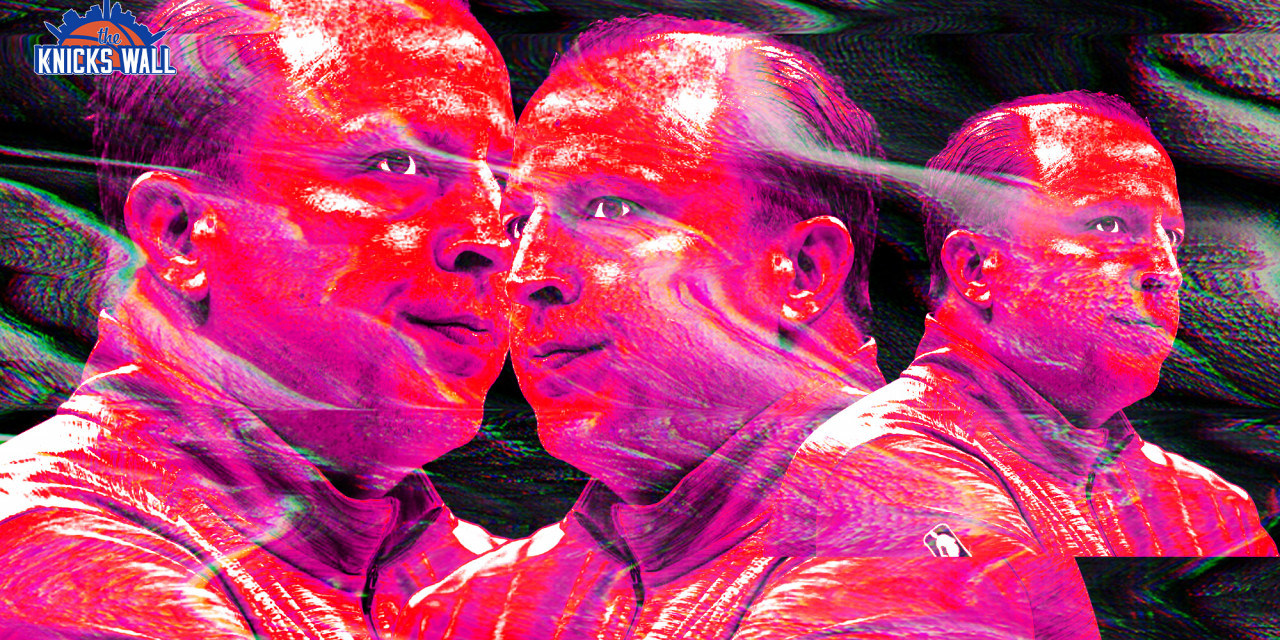 The Knicks have been inconsistent, underwhelming, and frustrating through 41 games this season and Tom Thibodeau’s lack of holding players to account has been a contributing factor.

Stubbornness and an unwavering, blind trust in certain players have underscored Tom Thibodeau’s tenure as New York Knicks head coach, with it being perhaps the main concern relating to the veteran coach.

Many issues the knicks have faced seem to have a glaringly obvious solution but, to this point, Thibodeau has been unwilling to make what seems a straightforward adjustment to the ire and bemusement of the fanbase.

Per ESPN, New York has had the second easiest schedule through 41 games and has the seventh-toughest remaining slate ahead of them. The ‘Bockers have limped their way to 20-21, with undeserving players continually being rewarded and trusted unquestionably.

The issues aren’t new. Thibodeau started below league-average point guard Elfrid Payton 65 times in 68 possible games, despite all metrics pointing to him negatively impacting the team.

It is a trend that has continued this season with underperforming starters given an endless leash and unending opportunities. Kemba Walker was the poster boy of being held accountable, but the nine-game benching rang hollow when Evan Fournier, RJ Barrett, and Julius Randle all saw no reduction in minutes despite being equally culpable for the two-month-long slide.

Walker was benched after a loss to the Phoenix Suns, having averaged career lows in points, assists, rebounds, and free throw attempts to this point in the season. There was no shying away from the poor play of Walker who was struggling to fit in offensively and a liability defensively.

It was the first sign of Thibodeau being willing to adjust and it looked as though it could be the first of multiple changes. Yet, 22 games of average play later, no other significant adjustment to the starting lineup has been made, giving the head coach’s words an emptiness.

Fournier was given $58 million guaranteed to be an efficient scorer and shooter, but in 39 games, he has been a letdown. In 28.8 minutes per game (third behind Randle and Barrett), he has averaged 13.6 points per game, which is his lowest output since 2015–16 and he is shooting a career-worst 41.4% from the field while, defensively, New York is 7.1 points per 100 possessions better when he is off the floor compared to on, per NBA.com.

He goes missing frequently, having failed to crack double-digit points in 15 games, and when it happens, he is a complete zero on the court when not facing the Celtics. Despite other players knocking down the door for opportunity, Fournier has had an ever-extending leash.

RJ Barrett started his pre-agency campaign like a house on fire but has struggled mightily since the second week of November. Once he cooled off, Barrett has been brutal, averaging 14.4 points in 30.2 minutes per game on 37.3/31.2/67.0 splits and New York has a -9.8 Net Rating in this 25-game stretch. After making a significant jump from year one to two, the former third-overall pick has regressed, with things he improved last season falling to the inefficiency of his rookie year.

While he has tried to add facets to his game this season, such as shooting off the dribble, Barrett has failed to do so effectively. He is shooting just 29.3% on pull-up two-pointers and 25.0% on pull-up threes and, despite these continued poor shots, no change has been made to his approach.

Julius Randle has been much maligned this season and portions of his play have resembled the frustration that was his first year with the club. The individual expectations were no doubt high for Randle entering this season on the back of a second-team All-NBA selection, but he has thus far fallen short. The Knicks main man has seen his scoring average drop by 5.1 points per game and his efficiency is down across the board: 46/41/81 down to 41.6/31.2/76.4.

Randle was the Knicks’ engine last season, but he hasn’t packed the same punch this time around which can be seen in his assist numbers. The average is down from 6.0 to 4.8 per game and Randle’s potential assists are also down from his Most Improved Player campaign while his turnovers are slightly up. All in all, Randle’s presence on the court has equated to a -4.8 NetRtg.

In terms of minutes per game and field goal attempts, Tom Thibodeau’s three most trusted players have been ineffective together and the team has been worse off for it. On the other hand, there are players on the roster who make the team markedly better but are held to a higher standard and have far less room for error.

New York’s three core remaining healthy bench players in Immanuel Quickley, Obi Toppin, and Alec Burks, when playing together, make their opponents look silly. Of New York’s most used three main lineups, the first 11 are all variations of starters with the best NetRtg topping out a -4.4. The 12 most used lineup of Burks, Toppin, and Quickley is the first to hit a positive. In 347 minutes together, their NetRtg is 17.6.

When switched to four-player groups, the five most run are starting groups, which tops out at being -5.6 while the sixth group of four, a bench lineup, of the same three, plus Derrick Rose, is has a NetRtg of 19.2.

Sophomore combo guard Immanuel Quickley is down in terms of scoring and efficiency from his rookie season, but the advanced metrics speak volumes. Per 100 possessions, he has an on/off rating of +17.3 points per 100 possessions, per Basketball-Reference. He is also the team’s best when it comes to ball pressure defensively, with Quickley frequently defending full court, which is underrated as it leads to opponents having less time on the clock to execute their sets.

The Knicks run a better offense with him at the helm and slow teams down defensively with him at the point of attack, yet he is seeing just 22.8 minutes of burn a game, the fourth-most of Knick guards.

Toppin is a perpetual ball of energy, regularly rousing the crowd and in turn, his teammates. New York plays at a pace of 2.32 possessions faster when Toppin is in the game and his speed creates easier offense for the Knicks and himself. While Toppin is shooting a worse percentage on more three-point attempts, he has upped his average from 4.1 to 8.0 points per game and his field goal percentage from 49.8% to 52.9%.

The reasoning Thibodeau has often used for Toppin’s restricted role is because of his defense, yet his metrics and the eye test prove otherwise. While there are times when he can get lost, Toppin has shown a better ability to defend one-on-one and part of a team, as evidenced by being competent with switches or guarding his own on the perimeter or interior. Statistically speaking, the Knicks’ Defensive Rating is 7.7 better when Toppin is on the court.

The issue is though, as has been the unfortunate case throughout his career, one mistake means Tom Thibodeau looks down the bench and calls for Julius Randle. Toppin is averaging 16.3 minutes per game, the fewest of New York’s main rotation players (outside of Quentin Grimes’ recent inclusion).

For a team that says they hold themselves in high regard and say there are no egos, it is odd the free rides continue and the players who give you the best opportunity to win find themselves being glued to the bench.

Through 118 games in New York, Tom Thibodeau’s lack of holding players accountable and to the same standard has soured the experience somewhat. The internal expectations were high coming in, and to this point, the Knicks have been serious underachievers.

If the head coach wants his team to be as good as he says they can be, the onus moves to him as at some point you have cut bait and reign in certain players while at least trying to stay true to your words.

Thibodeau says players must earn their minutes and with the Knicks’ current standing, the words feel empty.

»READ: Can Tom Thibodeau get the Knicks back on track