Tom Thibodeau, Knicks React to Win Over Wolves With Fans on Their Way 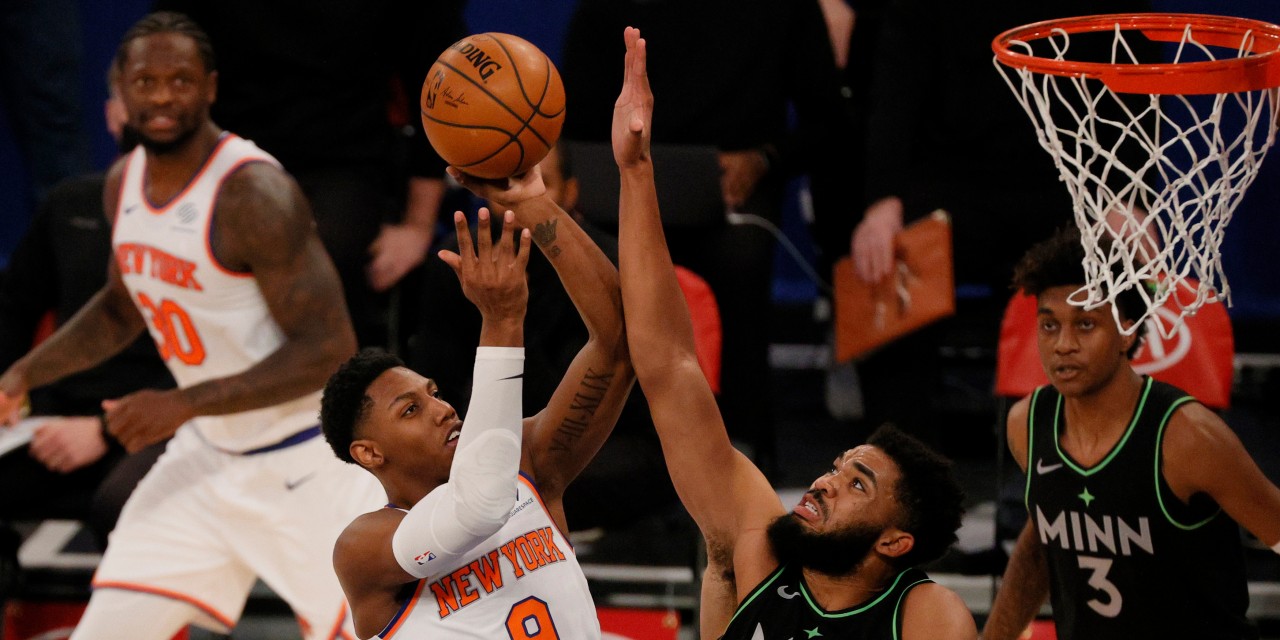 Tom Thibodeau and the Knicks celebrated a tough win over the dysfunctional Timberwolves as fans are invited back to Madison Square Garden.

NEW YORK, NY — For the first time in his coaching career, Tom Thibodeau faced off against the Minnesota Timberwolves as the franchise’s former coach. The three tumultuous and disappointing seasons he spent as the club’s head coach and president diminished his reputation and led to severe questioning of his abilities to coach in changing basketball landscape. As the head coach of the New York Knicks, however, he’s built his rep back up, as New York has played much better than expected so far.

His revenge game didn’t exactly show it, though. The Knicks barely took care of business against the lowly Wolves, who have the NBA’s worst record. New York surrendered a 21-point lead thanks to a nightmarishly cold shooting stretch to end the third quarter, which carried over to the final period. “We’re striving to become a 48-minute team,” Thibodeau said after the game. “We still got a long way to go and hopefully we learn from this.”

After playing hot potato with the lead in the game’s final few minutes, New York secured the win by a score of 103-99 and improved to 15-16 on the year. With 32 seconds remaining, Julius Randle hit two free throws to give the Knicks a lead they’d never relinquish. He and R.J. Barrett, who chipped in 21 points on 10-of-20 shooting, kept the Knicks afloat well enough to win.

“I’m very happy that we got this one for Coach Thibs,” Barrett said. Thibodeau is manning one of the most pleasant surprises in the league while the Timberwolves have continued to flounder aimlessly since his departure. Minnesota fired head coach Ryan Saunders, Thibodeau’s replacement, immediately after the game.

Although he too fell victim to the frigid shooting stretch, Randle was the main catalyst to this victory. He ended the night with 25 points and 14 rebounds—both team-highs—with shooting splits of 8-of-16 from the field, 2-for-4 from deep, and 7-of-8 from the free throw line. Performances like these are commonplace for Randle, and according to Taj Gibson, it’s the pay-off from working harder and harder.

“Every day, he puts in the work. He doesn’t take any practices off, doesn’t take any moments off in practice,” Gibson said, referring to Randle. “He’s matured so much and we count on him a lot. That’s why he’s in the conversation of being an All-Star…The sky’s the limit for him.” Thibodeau praised Randle in simpler terms. “Julius is Julius,” he said. “He’s our engine…We were struggling to score. We got it to the post a couple times and he got us good looks inside. He was very good down the stretch.”

Big plays down the stretch only covered up New York’s continuous blunders. Karl-Anthony Towns, one of the NBA’s most dangerous scorers, recorded a game-high 27 points and played a big part in Minnesota’s fourth-quarter charge. Before the game, Thibodeau explained how he plans to cover up the void on defense left by Mitchell Robinson as he rehabs a broken hand.

“The big thing is the multiple effort,” Thibodeau said. “I think Nerlens [Noel] is giving us really good rim protection so we have that component. Taj’s defense is different. What he gives us is quick feet. We can do a little more switching with him and that’s been very effective. When you lose someone like Mitch, you don’t do it individually. You have to do it collectively. So we need everyone playing with a high-intensity level, giving multiple effort. And that’s how we can try to overcome that.”

Thibodeau’s plan had a wrench thrown at it early on when Noel was called for his second foul just six minutes into the game. He used his coach’s challenge and got the call overturned, but it wasn’t enough to prevent Noel from fouling out late in the fourth quarter. Gibson closed the game and made the game-sealing play, stonewalling Towns on a post up and forcing him into a tough fallaway shot that he missed.

Taj Gibson on his final minute stop on Karl-Anthony Towns:

"I know he wanted to get middle and I know that's his go-to move. I just tried to wall him up and I tried to be physical. I got a lucky bounce… I've been around him a couple of years. I knew what he wanted to do." pic.twitter.com/qCDNDFVZjV

Even in ugly wins like these, the Knicks see an improvement from last year’s squad. Gibson responded to a question asking what New York’s ability to pull out the win shows by saying, “It just shows growth, understanding that we’re a different team from last year as far as the mental state…We’re a hungry, young group. Everybody works every day. So, we’re just gonna make our corrections and move forward.

“A lot of times when you lose a lead like that and momentum shifts in such a big way the opposite way, it’s easy to crumble and cave in and let the game go,” Randle said, adding that New York got stops down the stretch and made big plays when they needed to. “I’m proud of our team for that.”

Although this victory is one of, if not, the most hideous wins of the season, it perpetuates the excitement the Knicks have built up this season. They’ve already won more than double the amount of games they won at the same point last season. After enjoying the resurgence from home up until this game, fans will finally get to experience the hype at Madison Square Garden.

The Knicks began this season without fans in attendance at the Garden, working with New York State to eventually allow fans at a limited capacity. They were recently granted permission to open MSG’s doors to the public in a limited capacity. Starting with Tuesday night’s showdown against Stephen Curry and the Golden State Warriors, Madison Square Garden will admit roughly 2,000 fans at a time.

Restoring the Garden’s infectious energy—or, at least, taking the first step towards it—is not lost on the Knicks. “We’re all looking forward to the fans coming back, ” Thibodeau said before the game. “Even though it won’t be to capacity, it’s a start. It’s a beginning. It gives us a baseline.”

Immanuel Quickley echoed his coach’s sentiment. “Madison Square Garden is a legendary arena to play in, even with the fake noises,” the rookie guard said. “I’m sure with fans it’s gonna be even more lively. Excited to get the fans back to New York.” The feeling is mutual for Frank Ntilikina. “I miss Knicks fans,” he said. “Knicks fans [are] the best fans in the league. Having them at the Garden is the best thing. [The fan-less atmosphere] was definitely different, but to have them back real soon is a good thing.”

Randle said that although winning in this fashion isn’t preferred, it’s extremely important to get wins like these, especially at home. Defending the home court has been a point of emphasis for this Knicks team. Now that their home will soon be welcoming guests, defending it means more. On the heels of a closely fought win, the Knicks will prepare to replicate the result in front of a (fractional) Garden crowd.