Tom Thibodeau Still on the Hunt for a Trae Young Solution 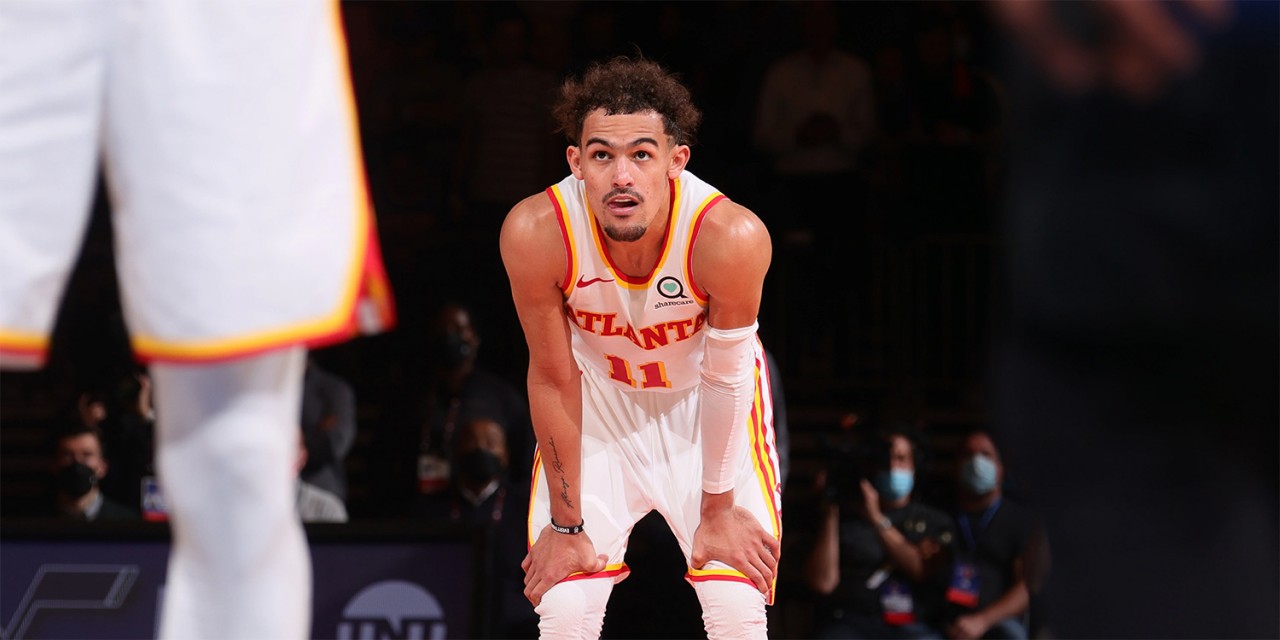 The Knicks have yet to figure out a consistent way to slow Trae Young down. As the first-round series moves to Atlanta for the next two games, the pressure is on to figure one out soon.

ATLANTA, Ga. — Just 96 minutes into the New York Knicks’ first-round series against the Atlanta Hawks, it’s fair to say it has lived up to every ounce of the hype. Entering Friday night’s Game 3 showdown in Atlanta with the series knotted at one apiece, these next two road games for the Knicks could very well decide the outcome of this series.

After all, it’s the Hawks who now hold the home-court advantage after taking Game 1, meaning the Knicks will be eliminated if they fail to win away from Madison Square Garden at least once. How do they come out victorious in Game 3 and regain all the momentum? It starts and ends with restricting Trae Young’s scoring brilliance.

After Young’s 13 fourth-quarter points and a game-winning floater to seal Game 1 for the Hawks, Knicks’ head coach Tom Thibodeau said that Young is “a great player…obviously, we have to do a better job.” Thibodeau, the gamer and winner that he is, purposefully left out exactly how the Knicks plan “to do a better job.” But it’s safe to say at this juncture New York is willing to throw everything at the wall to see what sticks.

Julius Randle, not Young, was universally considered an MVP candidate. Yet the latter has, without a doubt, been the best player for either side, while Randle has hardly resembled his regular-season self. Young is putting up superstar-level numbers of 31.0 points and 8.5 assists per contest on 51.1% accuracy from the field. Randle has averaged a paltry 15.0 points on 28.2% field-goal shooting thus far.

He has picked apart the New York defense in a wide variety of forms. Whether he’s orchestrating drive-and-kick actions that result in open threes for his teammates or exposing New York’s pick-and-roll coverage for unopposed layups and floaters, the Knicks have had no answer for Young’s greatness. Recent defensive lapses from this team notwithstanding, Thibodeau remains confident in his defensive-minded group. The Knicks ranked among the league’s best in a multitude of defensive metrics for a reason.

A standard method utilized by coaches to mitigate score-first star players is to blitz them on the pick-and-roll. This involves both the defender guarding the screener and the wing defender combining to trap the ball-handler. Such a technique works best against ball-dominant talents akin to Young, looking to score first and foremost. Trapping Young and forcing him to pass could theoretically frustrate him and lead to some caused turnovers along the way.

However, there is one potential vulnerability inherent with blitzing quick ball-handlers that could come back to bite New York. Offensive players can combat blitzes from slow bigs by splitting the trap. If Young breaks these traps frequently, that could mean even more point-blank looks at the basket. That’s why it’s difficult to imagine that the Knicks would or could blitz Young all night long. Randle or Nerlens Noel are bound to be slow to help on some traps if that was the case.

Young’s maiden playoff series has gone more swimmingly than expected for the 21-year-old. The Knicks have talked the talk but haven’t walked the walk to keep Young in check. Perhaps that changes tonight, though.

Frank Ntilikina, an on-ball irritant, has found success when guarding Young in the past—a fact which might earn him an uptick in minutes in Atlanta. New York’s rotation is far from set in stone, something Thibodeau further validated with his pregame comments on the starting lineup for Game 3. “I’m still undecided,” he said. The alleged factor behind the coach’s uncertainty? “What gives us our best chance to win.” It’s entirely plausible that Ntilikina is the source of indecisiveness. He’s undeniably the Knicks’ top perimeter defender at the floor general spot.

The Knicks later released a new-look lineup minutes before tip-off: Derrick Rose and Taj Gibson in the starting five.

There’s no denying Young belongs in the exclusive “unguardable” tier that comprises the best of the best. As ESPN color commentator and former Knick Mark Jackson commonly says on the air: good offense beats good defense every day of the week. There will be possessions when all the Knicks can do is tip their cap at a heck of a shot. But the Knicks can control their effort, focus, and attention to detail, all of which will be vital to corralling Young.

Watch for exactly how New York plays Young to begin Game 3. Do they trap him on nearly every much? Do they mix up their coverages and one-on-one defenders? Tonight’s pivotal game will answer both questions.

»READ: We’re on to Atlanta: the Knicks-Hawks mid-series roundtable

»READ: Derrick Rose is the Knicks’ new game-changer to beat the Hawks