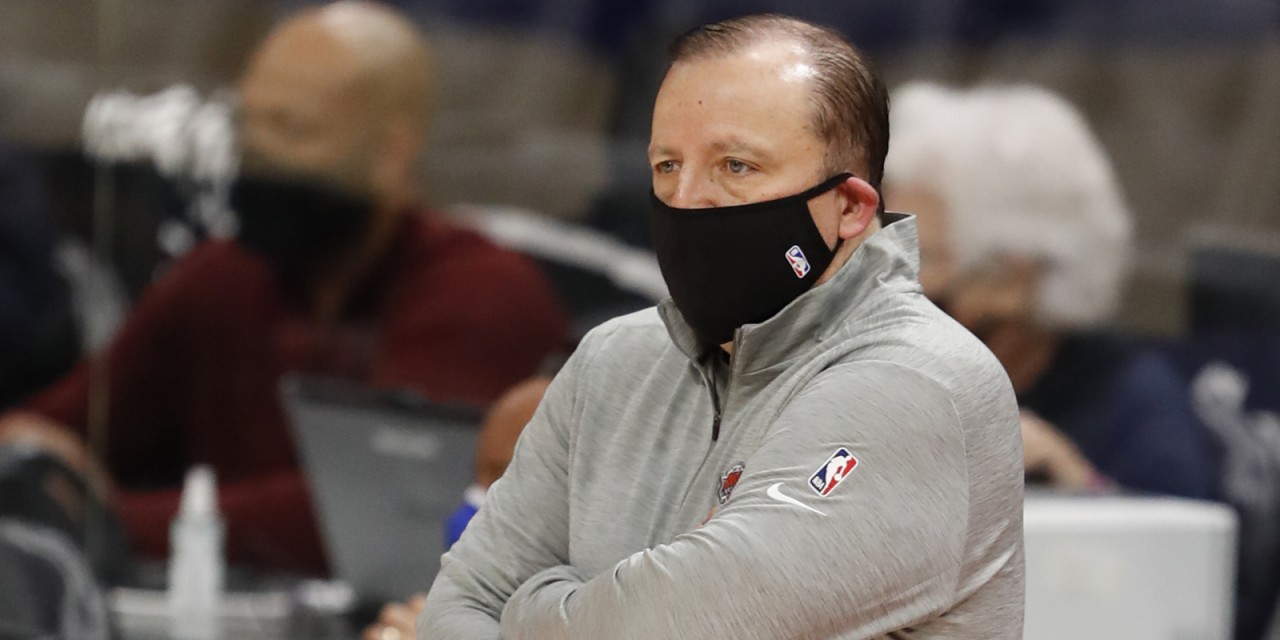 The NBA announced that Tom Thibodeau has won the Coach of the Year award. He becomes the third person to win it as head coach of the Knicks.

Tom Thibodeau, in his first year as head coach of the New York Knicks, has won the 2020–21 NBA Coach of the Year Award. He beat out Monty Williams of the Phoenix Suns and Quin Snyder of the Utah Jazz to win the award for the second time in his career.

This is the second NBA Coach of the Year Award for Thibodeau, who earned the honor in the 2010-11 season with the Chicago.

Thibodeau is the third coach in New York’s history to win the award, along with Pat Riley in 1993 and Red Holzman in 1970. He broke into NBA coaching in 1990 as an assistant with the Minnesota Timberwolves. He bounced around the league as an assistant—joining the staffs of the Spurs, Sixers, Knicks, Rockets, and Celtics—before becoming a first-time head coach in 2010 with the Bulls. He was with the Knicks when they won the 1999 Eastern Conference title and with the Celtics when they won the 2008 championship.

In his first year as the Knicks’ head coach, Thibodeau has orchestrated a magnificent turnaround. The 2020–21 Knicks won more regular-season games than the previous two Knicks teams combined, clinching a winning record and a playoff berth for the first time in eight years. New York earned home-court advantage in the first round of the playoffs, later losing to the Atlanta Hawks in five games.

Thibodeau transformed the Knicks into one of the NBA’s best defensive units this season despite Mitchell Robinson, arguably New York’s best defender, playing less than half of the season. The team ranked fourth in Defensive Rating, according to NBA Stats. It also allowed the lowest opponent points per game, field goal, and three-point percentage.

COACH OF THE YEAR. pic.twitter.com/cCU0Ic3MXM

Several players are enjoying resurgent seasons under Thibodeau. Julius Randle has blossomed into a bona fide superstar, winning the Most Improved Player award, R.J. Barrett has displayed budding star potential after a very inefficient rookie campaign, Nerlens Noel is playing the best defense of his career and Robinson was doing the same before he suffered injuries.

The hiring of Thibodeau last June was met with mixed reviews. Although he was coming off of a rough stint as the head coach/team president of the Timberwolves, his five-year run with the Bulls was nothing short of terrific. They won at least 45 games every season and made the playoffs each time. He earned his reputation as an elite defensive guru with his units, let by Joakim Noah, who he helped develop into a Defensive Player of the Year award recipient.

But Thibodeau’s inability to succeed with young promising players in Minnesota made him appear to be the wrong choice for a rebuilding Knicks team that didn’t seem anywhere close to playoff contention. Thibs’ Knicks dispelled those worries almost immediately. Under his leadership, the Knicks have found a successful identity to build upon in the coming years.

»READ: Tom Thibodeau looking ahead to playoffs after Knicks clinch