Tom Thibodeau Looking Ahead to Playoffs After Knicks Clinch 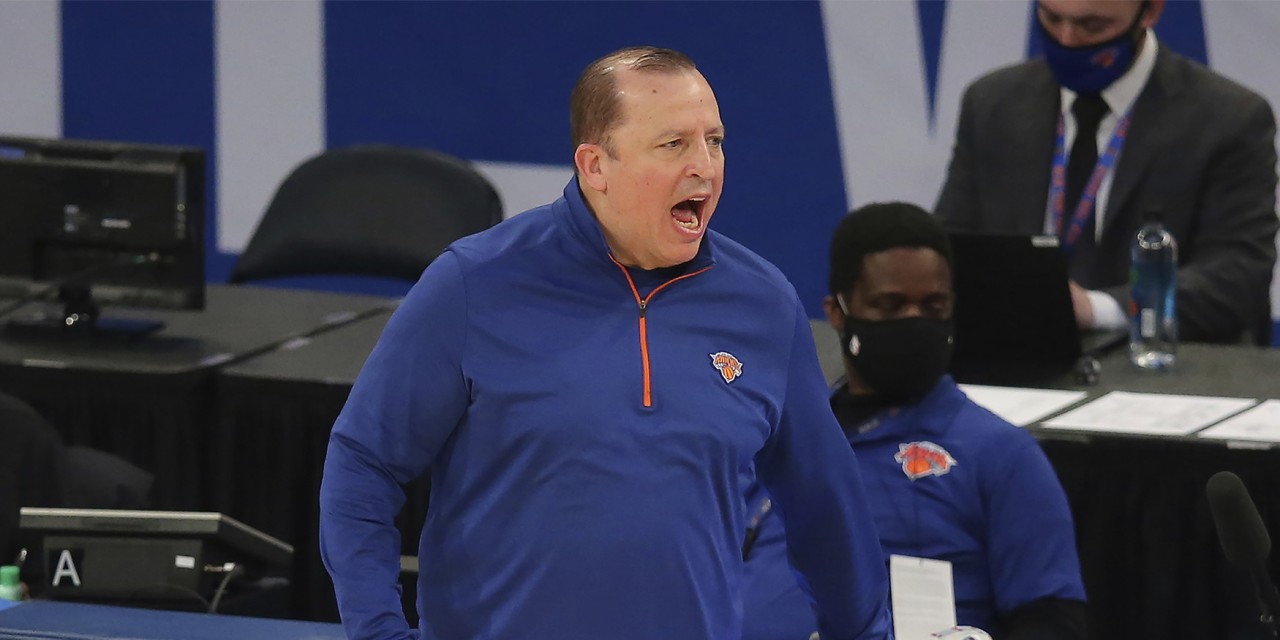 The New York Knicks are playoff-bound for the first time in eight years after the Boston Celtics lost on Wednesday. The celebration was briefly paused following New York’s overtime loss to the Los Angeles Lakers on Tuesday. Still, nevertheless, the Knicks clinched a top-six seed in the Eastern Conference with three games to go, guaranteeing a first-round, best-of-seven postseason series.

“It’s a credit to the team the way they work, sacrificed all season long,” head coach Tom Thibodeau stated on Thursday before tip-off with the San Antonio Spurs. “One of the club’s strengths is their ability to focus, maintain a high concentration and intensity level over the course of a long season.

The Knicks need to step up in their final three games (along with hoping for a few losses by the Atlanta Hawks) in order to hop back to the fourth seed in the East and earn homecourt advantage in Round 1. A 3-3 record on that six-game west coast road trip did not do the club any favors, losing to presumptive championship challengers this season in the Denver Nuggets and Phoenix Suns.

“We wanted to focus to be on what we’re trying to get accomplished each and every day, and we felt that, if we did that, we’d be in this position and be playing our best at the end and hopefully have a shot at things,” Thibodeau said. “There’s still a long way to go; you just approach it like you do the season and check things off as you go.”

After the Spurs, the Knicks face off with two play-in-bound Eastern Conference opponents: the Charlotte Hornets and Celtics. With a half-game separating the Hawks, Miami Heat, and Knicks from the no. 4 seed, these games are critical to tune-up for the playoffs and potentially earn homecourt advantage in the first round. However, after Sunday’s regular-season finale, the Knicks have a week off until Game 1 of the conference quarter-finals.

Thibs on week off Knicks will have between reg. season and playoffs:

"We were fortunate to have a number of guys that made a commitment to come in at night and put in extra work."

The team will take advantage of week to prepare for their first-round opponent.

“You want to put as many things in your favor as possible,” Thibodeau said, referencing the grace period to rest and prepare for their playoff opponent. “Not having to play right away, you want to take advantage of that in terms of your preparation and getting ready to play, so I think that is important.”

Thibodeau also mentioned advanced scouts Larry Greer and Matt Harding are away at work gathering information in preparation for the Knicks’ Round 1 opponent with so much still up in the air. Should the Knicks stay at no. 6 in the East, they would likely play the Milwaukee Bucks—possibly the crosstown rival Brooklyn Nets, although a game and a half separate Milwaukee and Brooklyn in the standings.

“There’s a lot of people behind the scenes doing an incredible amount of work. This wouldn’t be possible without those people,” Thibodeau added.

Likewise, there are many people in the Knicks’ corner, with the first playoff series on the horizon for New York since the 2012–13 season saw the Knicks defeat the Celtics in the first round before losing to the Indiana Pacers in six games. Given the significant playoff drought and seemingly better long-term foundation for the current team, fans would certainly view a second-round exit as a wild success for a ‘Bockers club projected around 22 wins in a 72-game season in 2020–21.

Coach Thibs on what the Knicks (finally) making the playoffs means to young fans, and how the franchise is preparing for their first round matchup already 👀 pic.twitter.com/iVll0gkO7X

More fans will be in seats to watch the Knicks at Madison Square Garden come playoffs. By May 19th, large indoor arenas will invite 25% capacity (just under 5,000), per the New York Post.

Although it shouldn’t result in another eight-year wait if the Knicks coach can be believed, it’s long overdue.