Tom Thibodeau and the Need for Lineup Experimentation 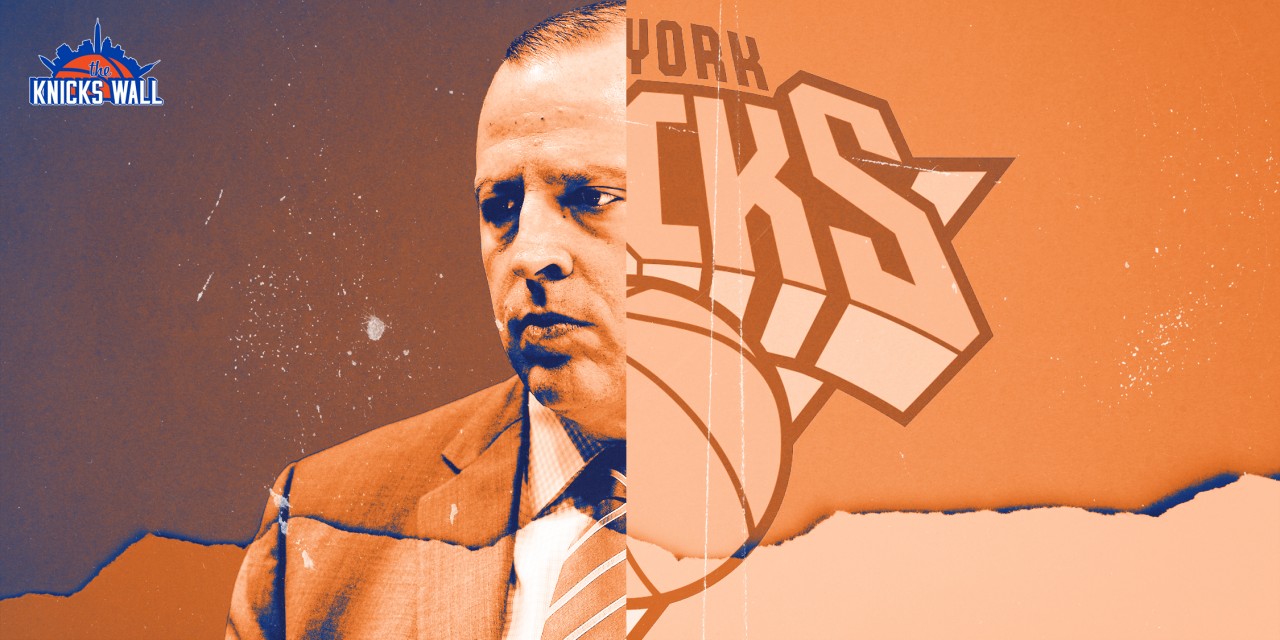 One ding for first-year Knicks head coach Tom Thibodeau is the lack of mixing and matching lineups, especially given the offensive issues.

The term “Knicks For Clicks” is a double-edged sword for proper criticism and critiques for the New York Knicks. It applies when social media accounts reach the low-hanging fruit of mentioning the Knicks during random games not involving the said team. Still, it rings hollow when legitimate criticism of the team could be dismissed as nonsense or even nitpicking in the midst of valid questioning.

So, I offer it this way: I have a criticism of Knicks head coach Tom Thibodeau.


Yes, New York is currently 19-18 and fifth in the Eastern Conference, vastly exceeding preseason expectations. And yes, Thibodeau is a strong Coach of The Year candidate after establishing a strong-minded culture in New York-based on hard work and defense. On The Knicks Wall Podcast, we graded players and coaches for the first-half performance; I gave Thibodeau a B+ for his efforts.

I wanted to talk about how Thibodeau missed out on an A. I think the Knicks could be better with the experimentation of the roster and the lineup. Even without the most robust roster, Thibodeau has stuck to his guns and leaned on his best lineups. Of the two lineups that have played over 100 minutes this season, we have the original starting lineup and the starting lineup with Nerlens Noel for an injured Mitchell Robinson. There are many lineups there, but none of them have received as much love and playing time as the starting lineup.

In the second half of the season, Thibodeau should consider a bit more lineup usage and creativity with the current roster for the long-term future.

Experimenting with the roster

It’s a minor ding I have in Thibodeau’s armor. For all of New York’s success this season, the feeling is that the Knicks could still be better. The Knicks are second in the NBA in defense but 23rd in offensive efficiency. The most important shot in basketball, the three-point shot, hasn’t been a huge weapon in New York’s arsenal—the Knicks rank 29th in three-point frequency.

They’re also 29th in assist percentage, highlighting point guard creation as another issue. Thibodeau has been steady in his support in Elfrid Payton, but maybe it’s time for a new starting point guard. While his arrival to New York was controversial, Derrick Rose offers a different element to New York’s lineup. His ability to attack the basket and provide a driving threat would be huge for the offense outside of Randle. Look at how he creates an easy three for R.J. Barrett here:

Along with more minutes for Rose, Thibodeau should also try a bit more with Knicks rookie forward Obi Toppin. Toppin has played 342 minutes so far but has yet to find his footing on either end. The talent is there to be an effective player offensively, but the defense lags. Thibodeau should explore playing him at the center position a bit more, ideally with Randle. The defense was one of his biggest concerns for Toppin coming out of Dayton, but he has shown better skills than what was seen in college.

The combination of Randle and Toppin as the power forward and center is a tough defensive fit. Still, the idea of using Toppin’s agility and athleticism as a drop coverage center is interesting. Could Toppin use his athleticism to cover for some of his decision-making on the defensive end? Offensively, it would work, especially as Randle’s passing could lead to plenty of easy looks for Toppin, and the spacing could benefit both Randle and Barrett—but the defense is a question mark.

Rose starting at point guard and Toppin getting some minutes at the center position are just a few of the things Thibodeau could do, maybe in spurts, to make the impact for the Knicks. Getting Rose some minutes with the starters could jolt the offense, and getting Toppin some minutes could help revitalize and salvage his rookie season. Thibodeau doesn’t have to abandon plans to get Toppin minutes, just 4-to-5 minute stretches to see how it works. As for Rose, the former MVP would have to continue his strong play to force Thibodeau to make a switch.

R.J. Barrett with the bench lineup

One more thing I want to see is more optimization of Barrett as an offensive player. The second-year swingman is currently averaging 16.5 points, 6.0 rebounds, and 2.9 assists—a considerable improvement across the board. The three-point shooting is better (35.0% on 3.3 attempts per game), and he’s been a solid defender this season. Everything seems to be heading in the right direction, but the next step in his game is to become more of an offensive threat—one that can carry the offense in spurts.

With Randle in place, it’s tough for him to do that. As the offensive fulcrum, Randle often orchestrates offensive possessions, whether he passes or shoots, followed by Payton creating when Randle gets him the ball. It has led to plenty of success this season, but it has also left Barrett on the outside looking in on creating offensive possessions.

The thought process is placing Barrett as the lead offensive player and getting other players properly around him. Rose offers veteran safety value—one who can help create offensive possessions and provide a slasher from the point guard spot. Noel, or Robinson, could be rim runners and defensive anchors who can help protect the rim.

The rookies, Quickley and Toppin, offer a few skills. Quickley can handle the ball, but his ability to shoot and space the floor is key alongside Barrett’s creation. The same shooting positives go for Toppin, but the former Dayton Flyer also offers a consistent pick-and-roll threat, thanks to his aforementioned athleticism and ability to score above the rim. Rose, also a solid shooter, gives Barrett three constant shooters and two decent lob threats at the rim.


It doesn’t have to be a consistent lineup, but getting Barrett reps as a lead player on offense could help figure out his future. Right now, Barrett feels like an all-around player who could probably score if need be but can’t carry the offense. For the Knicks, Barrett picking up the offense in spades allows Thibodeau a second offensive engine and increases the ceiling of the team moving forward.