Tom Thibodeau Should Put More Trust in His Youth 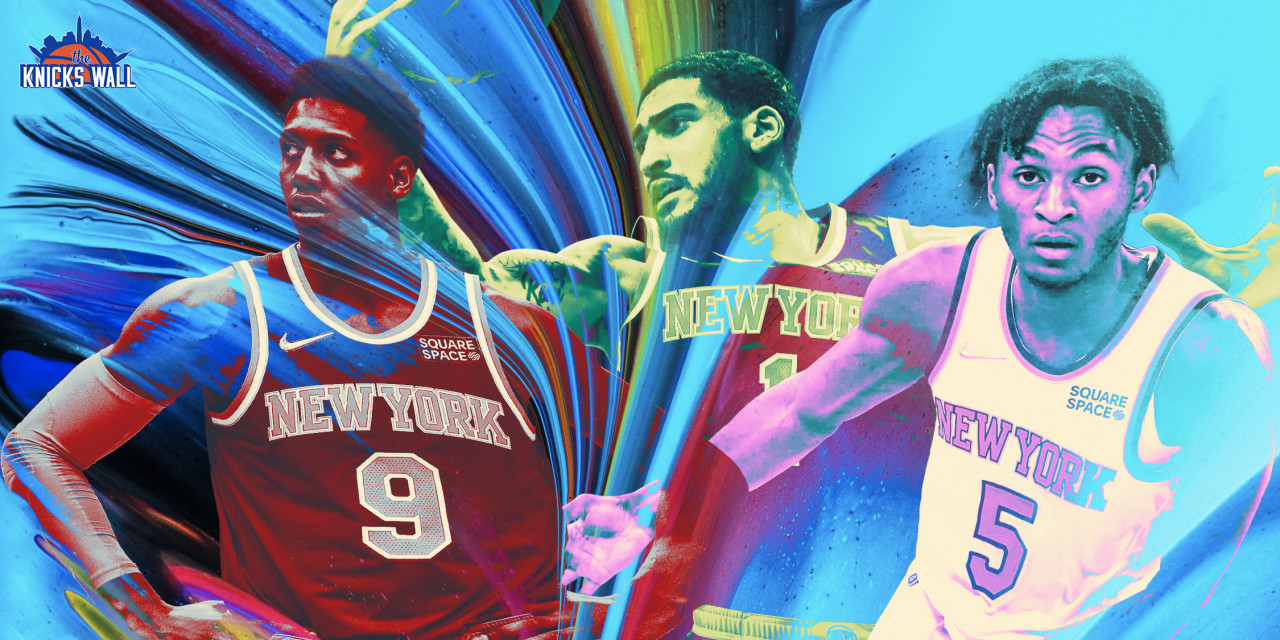 The New York Knicks are stuck in the mud, could a move towards a youth movement help the Knicks get everything back in order?

Despite a perfectly fine 12-12 record, the New York Knicks feel like a team stuck in a mire. The offense, which started off hot to begin the season, moved back to the middle of the pack. The defense, a top-10 unit that carried the Knicks and helped them form an identity, is in the bottom 10 this season, and the roster doesn’t have a legitimate five-man unit they could lean on to help fix the defense. Currently 11th in the Eastern Conference, the Knicks have work to do.

New York’s slow start has forced them to rethink their approach. The first move was taking Kemba Walker out of the rotation and moving Alec Burks into the starting point-guard role. Walker struggled on both sides of the ball and Burks, at the very least, offers a calming presence as a ball-handler and shot maker. So far, that starting lineup—Burks, Evan Fournier, RJ Barrett, Julius Randle, and Nerlens Noel—has played well, but the difference has been negligible.

So as the Knicks move through the season, more moves and suggestions are to be made. The change against San Antonio was swapping Mitchell Robinson with Nerlens Noel as the starting center—a defensive-minded swap that allows New York to slowly integrate Robinson back into more minutes the further away he gets from injury. Still, if the Knicks want to grab control of their season and live up to some of the expectations created from the previous season, New York will need a larger jump.

One option the Knicks and Tom Thibodeau should consider is pushing back from the veterans and leaning on their youth a bit more.

Last season, it made sense for the Knicks to lean on their vets as they became a legitimate playoff team. Julius Randle was in the midst of an All-NBA season, Elfrid Payton started, Derrick Rose arrived and held down the point guard spot, all while Alec Burks and Reggie Bullock did a good job on the wing. It allowed Barrett to blossom in his second season, Immanuel Quickley to provide a sparkplug role as a rookie, and for Obi Toppin to make the adjustment of going from the Atlantic 10 to the NBA.

But now, as Randle comes back to earth, Bullock and Payton departed, and the majority of the team taking a step back, perhaps giving the kids—Barrett, Quickley, and Toppin—a chance to make a real impact on the roster is the right move.

This goes back to Thibodeau, a pro-veteran coach. Whether it be trusting his starting lineup over any other lineup on the team or playing his best players over 35 minutes a night, Thibodeau may have evolved and accepted more threes, but there’s still things in his coaching DNA that go back to the late ’90s where he made his mark as an assistant. As Thibodeau sees his team continue to struggle, perhaps the best move would be to trust the kids more, giving them a longer leash, in an attempt to help the present and the future.

When Alec Burks was named the starting point guard, it made sense. Burks is a player who, with several teams throughout his NBA career, has played point guard and a role as a lead ball-handler. Add on the fact he’s a veteran and this is a move Tom Thibodeau can comfortably make. That said, it is confusing why the Knicks decided to give him the position over Quickley, who at the very least, offers a higher ceiling to New York’s offense.

IQ with the sorcery! pic.twitter.com/qyy5Y5aFb9

Quickley is an elite outside shooter who doesn’t get to the rim much at all. His shooting can help balance a starting lineup that has seen both Randle and Barrett decline as shooters. He’s also an improving defensive player, working hard on the ball while becoming more aware and less of a ball-watcher when off the ball. At 22 years old, reasons are running thin as to why the Knicks shouldn’t attempt to give Quickley a chance to run the offense as a starter and see where it goes.

The Knicks seem like the leading candidate to acquire Damian Lillard if and when Portland decides to trade him. However, making any moves without giving Quickley a substantial amount of minutes to run the team would be an organizational failure.

The 23-year-old has been an effective bench option for the Knicks this season, averaging 8.1 points and 3.7 rebounds in 15.5 minutes per game. Those numbers don’t do him justice, though. The former Dayton Flyer has been active as a defender, filling the lane in transition and working hard. At times lethargic as a rookie, Toppin’s hustle is one of the more noticeable things when he’s on the floor.

While the offense is great, the defense is still poor and while the three-point shot looks entertaining, shooting under 20% from the outside isn’t going to cut it. Still, there’s a legitimate argument for Toppin to receive more minutes. Randle isn’t playing as well as he did last season, Robinson is still returning from last season’s injury, and Noel has clear deficiencies. There’s room for slicing all three of their minutes, slightly, for Toppin to see somewhere between 18 to 24 minutes as a backup.

His per-36 numbers (18.8 points, 8.7 rebounds, and 2.3 assists) suggest that he can do more and Thibodeau is barely giving him 20 minutes a night. Using him as an effective dribble-handoff option (DHO), a roll-man in the pick-and-roll, and maybe a low post option, could add more wrinkles to a solid Knicks offense.

RJ Barrett: Getting him back on track

While Toppin and Quickley deserve more minutes for their recent success off the bench, Barrett is stuck in a position where he needs to find the same success from last season.

Barrett, averaging 14.8 points, 5.8 rebounds, and 2.1 assists as of December 8th, has seen his shooting percentages decline, and what looked like a potential breakthrough season for him has brought more questions than answers. Is Barrett a long-term option moving forward? How much can he improve as a shooter? Where are we with his off-the-dribble game? These are all questions that have been brought up when discussing the former Duke product lately.

Thibodeau’s recent comments about Barrett were not good, but with him remaining in the starting lineup against the Spurs on Wednesday, he should remain in the starting lineup. It starts with working with him to get more easy looks—catch-and-shoot threes, finishes at the rim off cuts and off-screen plays, and other secondary offensive plays. Barrett’s offensive profile hasn’t changed much, so hopefully getting him more looks would help him break out of the funk.

And, as always, Barrett’s role should expand. A few more chances as the ball-handler in the pick-and-roll, a few more pushes to take shots off the dribble, a few more DHOs to get him scoring off the move. All these things are done by the best wings in the league, and yet, it’s not seen enough from someone who going to get a new contract in 12 months. If Barrett is going to live up to his billing as a top-three pick, scoring off the dribble is a must.

In Wednesday’s performance against San Antonio, Barrett found success from the outside, going 7-of-8 from the outside for 32 points, five rebounds, and two assists. Hopefully, for both Barrett and the Knicks, it’s the beginning of a run similar to his second-half run from last season.

The New York Knicks need a jolt on both sides of the ball, and even with the win against San Antonio on Wednesday, there’s still a chance they could continue their unbalanced ways in terms of win and losses. If that’s the case, Tom Thibodeau and the coaching staff will have to figure out what to do and if any adjustments can be made. One adjustment? Giving the kids a bit more rope and more playing time with the hope that New York could rebound and that Toppin, Quickley, and Barrett can carry their good play over a larger bulk of minutes and help turn the 2021–22 season around for the Knicks.