Too Little, Too Late for Knicks in Nuggets Matchup 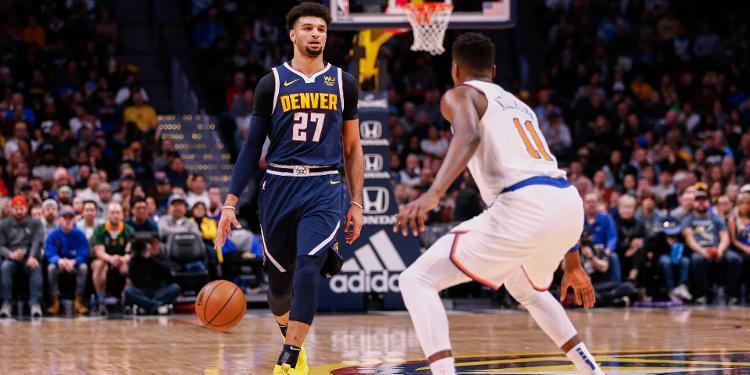 Despite solid showings from point guards Elfrid Payton and Frank Ntilikina, the Knicks dropped their final game of the road trip in Denver.

On their fourth straight Star Wars night, the New York Knicks’ (6-21) luck ran out as their two-game win streak failed to extend to three, losing 111-105 to the Denver Nuggets after a furious comeback attempt.

The last time these two teams faced off, the Knicks lost in an embarrassing 37-point home loss, leading to the dismissal of head coach David Fizdale. It almost appeared as déjà vu had occurred on Sunday at the Pepsi Center as the Nuggets dominated through the first half going into halftime with a commanding 16-point lead.

However, for the second straight game, the Knicks fought back in the second half with a valiant effort. A third quarter run sparked by Marcus Morris and his 16 points shaved Denver’s lead to three points. The Knicks also looked noticeably more involved on the defensive side as they were able to hold the Nuggets to only 20 points in the quarter.

The Knicks continued their hot start to the half as they were able to take a 91-89 lead with 9:50 left to play—their first lead since the opening minutes. After extending the lead to as much as five, it looked as if the Knicks would be able to repeat their performance from Saturday against the Sacramento Kings. However, that was when the wheels came off offensively as the Knicks went over five minutes scoreless, allowing the Nuggets to retake their lead and stave off the visitor’s rally.

Nikola Jokic took over for the Nuggets in the fourth, scoring 11 of his 25 total points. The dagger however came when Will Barton recovered his own pass off the back of Nikola Jokic to avoid a traveling violation and passed it to Nuggets point guard Jamal Murray for a clinching triple with 1:30 left to play to make it 107-100.

After the long road trip, New York is back home on Tuesday as they take on Trae Young and the Atlanta Hawks at 7:30 p.m. ET.