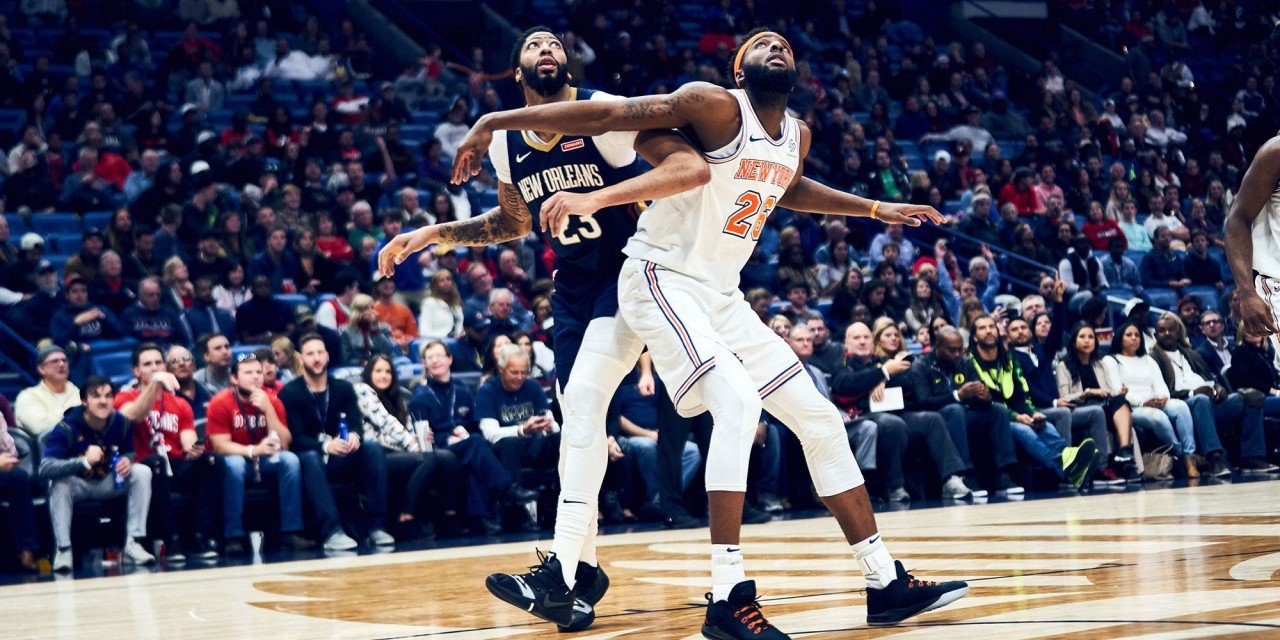 New Orleans hopes to complete a deal for Anthony Davis prior to next Thursday’s NBA Draft, and the Knicks remain an active suitor.

Wojnarowski added former Cleveland Cavaliers general manager and now-executive vice president of the Pelicans David Griffin “started to provide potential suitors with the framework” of what a trade package would look like. Additionally, ESPN reports the most active organizations inquiring about Davis include the Knicks, Los Angeles’ Clippers and Lakers, and crosstown Brooklyn Nets.

In order to fetch his most preferred offer, Griffin has begun to explore the avenue of a multi-team deal for Davis, per Wojnarowski. The report goes on to say the Pelicans are looking for a return that includes an All-Star player, a young player with All-Star potential, and two first-round picks.

With New York possessing a nearly exclusively young collection of assets, like Mitchell Robinson, Dennis Smith Jr., Kevin Knox, and Frank Ntilikina, it is likely the Knicks would have to involve a third team to complete a deal for Davis. The Knicks currently have the rights to seven future first-round picks over the next five years due to the Kristaps Porzingis trade, and a various number of the picks could be parlayed in a three- or four-team deal to facilitate a Davis arrival in New York.

ESPN’s report also mentions that should a trade involve a pick in the 2019 draft, Griffin prefers to complete a deal before the draft on June 20. This shortens the Knicks’ potential timeline for a deal and has major ramifications when it comes to the team’s cap space during free agency.

If the Knicks swing a deal for Davis prior to the draft, it could indicate the team is feeling extremely confident in its ability to sign a huge free agent when the market opens at 6:00 p.m. ET on June 30th. New York has long been rumored to be attempting to pair an All-Star tandem of elite players in the wake of the Porzingis trade and Kevin Durant’s impending free agency.

Should New York land Davis or another player with a similar cap hit before free agency, it will have space for only one max contract this summer, likely taking it out of the running for two max-worthy players. Still, the Knicks would likely have over $20 million in cap space in addition to the max contract slot, affording the team space to sign valuable role players in this hypothetical.

Regardless of the Knicks’ ability to attract another star in free agency, trading for Davis would represent a reactionary decision to win now—a contradictory message than team president Steve Mills’ assurance that the Knicks would build slowly. However, it’s irrefutable the ceiling AD provides the Knicks in winning contention, especially in the shadow of Toronto’s seemingly Kawhi Leonard rental, with the dividends paying off in a commanding NBA Finals lead over Golden State.

Teams unlike the Knicks, that play in small markets, could warm up to the idea of trading for Davis even if it is a rental. Whether it’s through the use of the additional picks from Dallas garnered in the Porzingis trade, or the ability to include young players, the Knicks are poised to be a top suitor for Davis’ skills, with a deal edging to be completed before the draft.

The Athletic’s Shams Charania published a new story claiming Davis narrowed down his potential trade destinations to the Los Angeles Lakers and New York Knicks. Charania includes the Knicks as “motivated to pursue Davis sooner rather than later,” and that New York would want Davis as the star attraction to recruit free agents in July.

Sports Illustrated published a profile from S.L. Price on Rich Paul, the mega-agent who represents Anthony Davis, along with LeBron James. On the mention of New York, Paul opens the door for speculation into Davis’ interest in the ‘Bockers:

“The only difference is, [the Knicks] don’t have as many championships as the Lakers,” Paul says. “They got a tradition. It’s a big market—not that it’s only big markets. They have cap space, flexibility, they’re able to absorb more than one star. What’s wrong with that?”

»READ: Four key reasons the Knicks should go all in on an Anthony Davis trade