Trade Season Is Here: A Chaos Primer for the Knicks 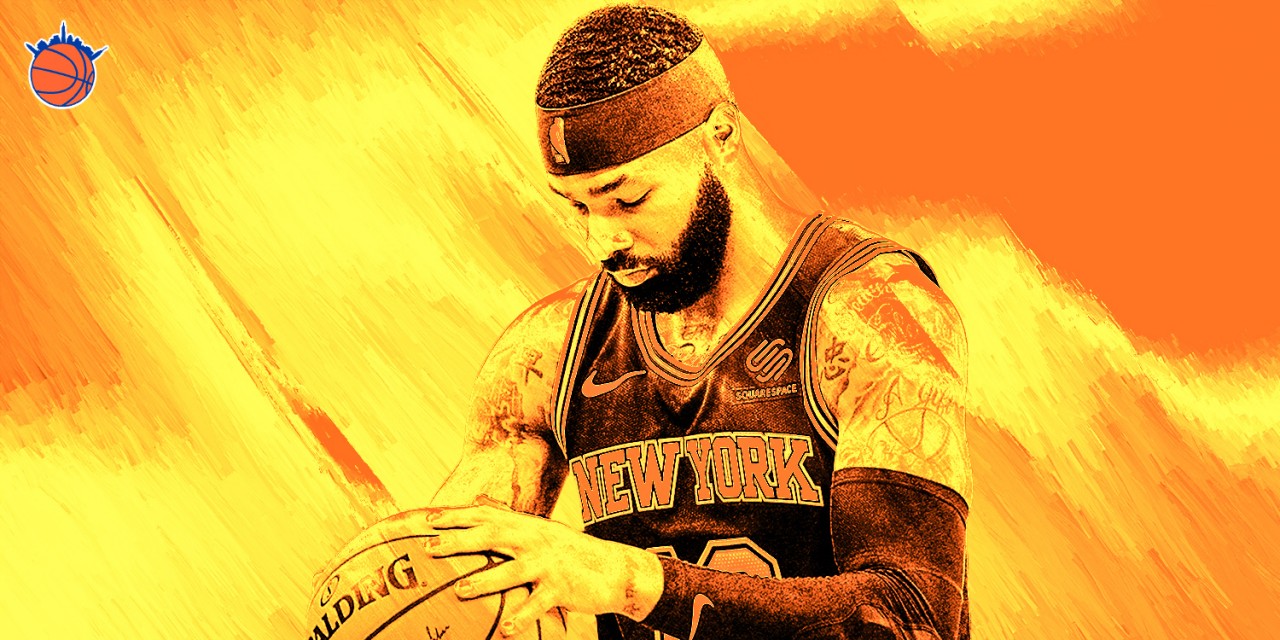 Who should the Knicks be willing to part with this trade season? Practically everybody is on the table while the front office is a lame duck.

The December 15th trade window has arrived, and with it, the hopes and dreams of most franchises outside of Milwaukee and Staples Center come riding on a wave of optimism and trade machine fantasies meant to turn around death-rattle franchises or steel the reserves for playoff teams with grand ambitions.

Combine the lower threshold needed to make the playoffs out west and the fact that it’s been nearly half a year since the most recent deal Woj-bombed onto the landscape, and it’s not hard to see why there’s a growing sense that this could be an eventful trade season.

The Knicks are in a particularly interesting position with regard to their potential future moves. First and foremost: they have a healthy mix of veterans on mid-sized, team-friendly contracts and young players on rookie-scale deals they could package together to take on bad deals other teams want to get off of—with some assets thrown in as sweeteners of course.

But of course with the Knicks, nothing is ever that simple. The first complicating factor is that most of their young players have either dramatically underperformed (Kevin Knox, Dennis Smith Jr., Frank Ntilikina), been buried in the rotation (Allonzo Trier, Damyean Dotson), or should only be in consideration if getting a major blue-chip asset in return (R.J. Barrett, Mitchell Robinson).

The second complicating factor is that several of their veterans (Julius Randle, Bobby Portis, Wayne Ellington) have spent the first quarter of the season doing everything in their power to tank their trade value. Whether it’s Randle displaying an unfathomable lack of feel as a primary option, Ellington forgetting how to shoot, or Portis just, like, doing Bobby Portis things, these guys haven’t exactly made general manager Scott Perry’s job any easier.

The two vets who have performed to or above expectations are Taj Gibson and Marcus Morris, and there’s an argument to be made that both could help out teams that are trying to win now. Gibson is playing by far the fewest minutes of his career, but he’s posting one of his better total rebound percentages and easily a career-best assist percentage. He’s no longer the defensive stopper he once was, but for a team that needs solid, if unspectacular, depth from the center position, say the Trail Blazers or Clippers, he could be an interesting option.

Which brings us to Marcus Morris.

Mook has been far and away the best Knick this season, averaging nearly 19 points and six rebounds per game. He leads the team in points and minutes per contest, blocks the second-most shots and pulls down the third-most rebounds team-wide. He’s also shooting a ridiculous 47.3% from three on almost six attempts per game and playing competent, high-level team defense. And he’s on an expiring contract.

In short, he’s exactly the kind of piece that a good team looking to get better should want to get their hands on. Squads like Portland and Utah, which are looking for forward depth, shooting, and defense, would make sense, as would a team like Miami, who have clunky contracts in Waiters, Olynyk, and James Johnson and could view Morris as a way to slide Bam Adebayo over to center, where he belongs, without sacrificing defense. Morris also happens to fit the Heat ethos to a T and would fit nicely with Jimmy Butler. (The Clippers are reportedly interested in Morris, too.)

And now we arrive at complicating factor number three

This front office is basically operating as a lame duck, with the threat of the axe looming larger over them with every loss or misstep. This makes it much harder to predict what Perry and team president Steve Mills will prioritize in potential deals. The front office has, to this point, been unwilling to take on future money for picks, but perhaps with the ever-increasing possibility that they won’t be around to have to deal with that dead money, they could be more open to the idea?

To be honest, it seems unlikely. Conventional wisdom would suggest that a win-now move might be coming as both men look to shake things up to save their jobs. Bear in mind that the last time that Steve Mills was feeling insecure about his standing, Tim Hardaway Jr. was given a contract $30 million above market value, which may or may not have scuttled the team’s chances at David Griffin. This possible timeline should scare the hell out of fans, as there’s nothing more dangerous than a Knicks front office with nothing to lose.

Luckily for our boys in orange and blue, there are plenty of teams out there with needs to fill. As mentioned above, Portland and Utah need to shore up their defense and add consistent shooting from the forward spots. Minnesota could use a true power forward (Randle?) and is desperate for a point guard; they’re currently running Andrew Wiggins as the de facto floor general. The Pistons are fighting tooth and nail just to stay at .500 and could use a point guard next to the promising Luke Kennard. The Sixers desperately need shooting and have interesting young pieces—they could be an ideal destination for Trier, Dotson, or Ellington. The Spurs are just weird, and it’s hard to know what, if anything, they’re going to do, but Kevin Knox would at least be an interesting fit with their defensive-minded but shooting-averse point guard tandem of Derrick White and Dejounte Murray.

The Knicks are in the unenviable position of desperately needing the front office to make some moves, whether to consolidate the depth chart, stockpile assets, or move on from bad fits—while also having no real reason to trust their front office, both in terms of talent evaluation (I haven’t been shy about my thoughts on Perry’s preferred style of team-building) and prioritizing the long-term future of the team over their own job security. It’s my opinion that everyone outside of Barrett and Robinson should be on the table during this trade season, and if the right deal comes along, they’ve got to be willing to jump at it.