Trading for a Center Could Help the Knicks to an Extent 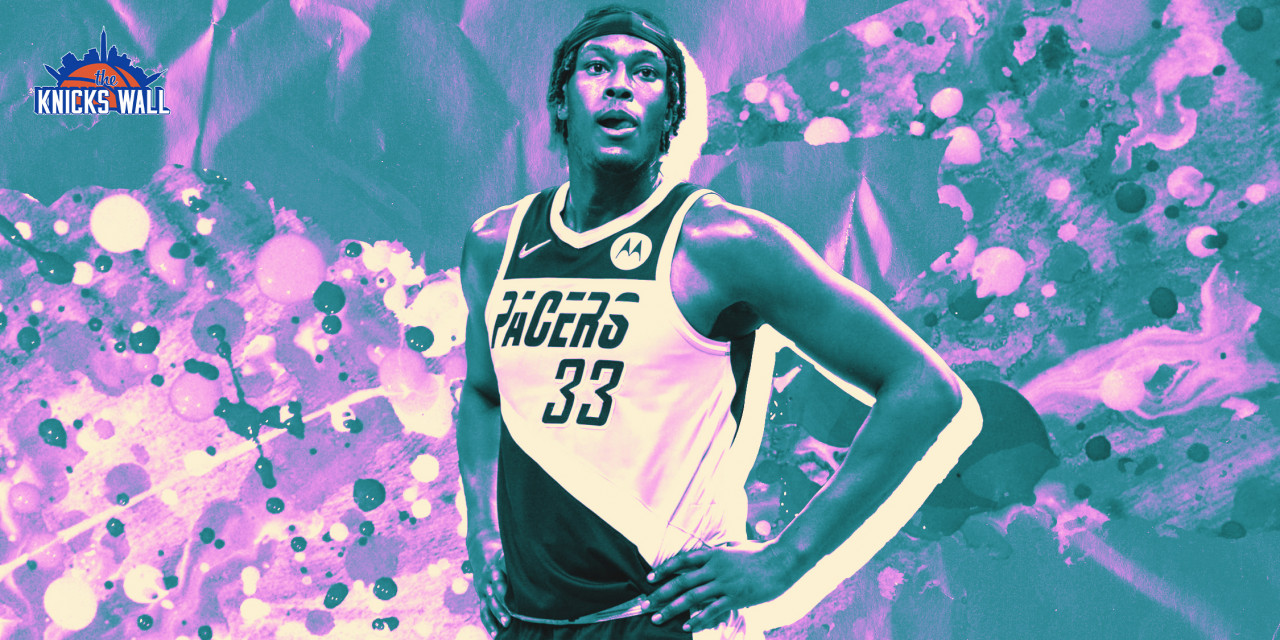 As the Knicks constantly struggle to find their identity this season, an answer to some of their issues could come in the form of a valuable big man.

Almost a third of the way into the season where the New York Knicks were supposed to be a playoff lock in the Eastern Conference, they’re anything but that. Now sporting a 12-15 record, the team has so many questions on both sides of the ball to address, and no discernible answer for any of them.

One unit of concern is the center rotation, somewhere the Knicks really did well in last season and were thought to only improve upon with the return of a healthy, and much stockier, Mitchell Robinson. Well, that only lasted for the first 20 games of the season, as that’s how many it took for Robinson to lose his spot in the starting rotation. As the team stands currently, Nerlens Noel is the team’s starting center with Robinson coming off the bench to bring some punch.

Robinson, expected to build off the successful start to the 2020–21 season he had, has put up some of the worst numbers since his rookie season. The fourth-year center is averaging a career-low 6.8 points per game and has often looked lethargic following his quest to gain weight to be a bigger force in the paint. He even said himself that he’s having trouble getting up to his regular minute count without losing some steam.

Noel, a reprieve for the Knicks last year after Robinson was lost for the season with his foot injury, also looks nowhere like the player he did last year. Playing just one fewer minute per game than last season, Noel is averaging a point and a block fewer and struggles with catching the ball and getting involved with the flow of the game.

Now neither of these players are supposed to be a semi-integral part of the Knicks’ offensive gameplan, but they could certainly stand to bring more energy to the court to help them in all other aspects. For example, the Knicks currently give up the 14th-most fast-break points of all teams in the NBA at 14.1 per game. This is largely due to the team’s inability to corral opposing rebounds, as they’re ranked 17th in the league in defensive rebounding with just 34.7 per game. They’re hurting the team in transition this way, and need to be making a more active effort to rebound.

Also, it’s been understood that the Knicks made a tradeoff on their defensive identity of yesteryear to facilitate a more high-powered offense this season to catch up to and rise above the league average. That offense is yet to shine through so far, and the defense has just been bad on top of it. Robinson and Noel haven’t been bright stars on the defensive end, and have fallen off immensely compared to last year. Noel’s Defensive Rating has gone up from 101 to 107 this season, and Robinson’s has gone up from 104 to 108. Both of their block rates are down, and they’re viewed as lesser of threats at the rim.

So, as the trade deadline looms and Robinson becomes an unrestricted free agent this summer, it might be time for the Knicks to move their centers in exchange for one that could be a better fit to the team they thought would be playoff contenders this year. There are a few on the market, and the Knicks have the prospects and draft picks cropped to make a big swing.

The big one, of course, is Myles Turner from the Indiana Pacers. Often discussed in seasons past, the Pacers brass has already declared that they are prepared to sell their assets and rebuild. Front and center of their fire sale would be Turner, the 25-year-old Texas product who has led the league in blocks per game in two of his six full NBA seasons.

Turner is a proven threat on both ends of the ball, averaging 13.1 points, 7.4 rebounds, and 2.7 blocks on the young season so far. He anchors a Pacers team that is 13th in the league in Defensive Rating and pulls down the 10th most contested rebounds in the league. Offensively, he also brings a new element as a three-point shooting center, knocking down 39.8% of his shots on nearly five attempts per game.

Turner is in the third year of a four-year extension with Indiana that pays him $20 million per season, so he would have one more secured season with the Knicks were they to swing a deal for him. He would have a major impact on the offensive end where the Knicks don’t really employ their centers currently while providing extra shot-blocking and defensive support.

Another option could be Jonas Valanciunas of the New Orleans Pelicans, who has emerged after being traded to the team essentially as a salary dump going into the final year of a contract. Valanciunas is averaging a career-best 18.8 points to go along with 11.9 rebounds and nearly a block per game. His game comes on a heavy diet of shots inside the paint, averaging nearly 11 shots taken inside the arc each game. He’s also averaging 2.4 three-pointers taken per game, of which he’s shooting a remarkable 46.3%.

Valanciunas’ game is largely offensive-driven but could help take the pressure off players like Julius Randle and RJ Barrett when they try to drive the lane. Valanciunas could provide an easy dump-off to in the paint when the former two get clogged up for an easy two points.

The Knicks could also decide to take a younger player with more upside regarded primarily for their defense like Nicolas Claxton on the Brooklyn Nets. Claxton, a third-year player out of Georgia, has been constantly in-and-out of the rotation in Brooklyn. As they continue to bring in veteran players like Paul Millsap, Blake Griffin, and LaMarcus Aldridge to help with their playoff chances, Claxton often gets relegated to the end of the bench.

However, he’s had plenty of bright flashes in his young career. Playing 16.6 minutes in just eight games this season, Claxton has averaged 5.5 points and 4.9 rebounds per game. His per-36 minute stats, though, would see these numbers balloon to 11.9 points, 10.6 rebounds, and even 1.4 blocks per game. While trading for Claxton would be more of a future potential play, he would come at a cheaper price than the other two and signal the Knicks even committing to a soft rebuild themselves.

Regardless, it’d be nice to see the Knicks make any kind of swing as the season progresses to try to turn this team around into the playoff lock fans and the team expected it would be. It hurts to say that some pieces might need to be moved for this to happen, but hopefully, these would only function to make it an even better version of the team that made the playoffs last year.

Would it be great to get that big swing at Damian Lillard or Ben Simmons? Of course. For now, though, the most rational trade might be to move the team’s assets and expiring players for a super-powered center that could move the needle at the position where the Knicks were happy with complacency.