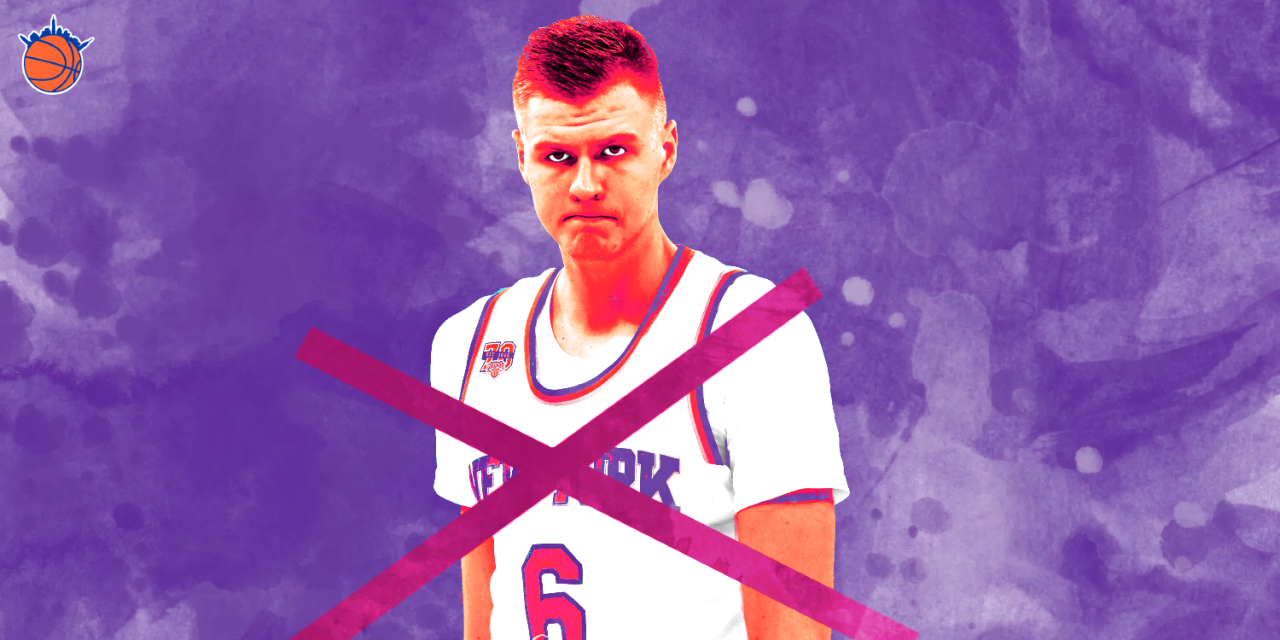 The Knicks dealt a quick-to-anger, young but injury-prone budding star in Kristaps Porzingis, but the team may have picked up more in the 23-year-old’s absence.

After seeing the trade pop up on my phone, I felt a mixture of confusion, shock, and for a split second—despair. I thought to myself: Typical Knicks. Trading your best player and mortgaging your future for someone you could have drafted last season, a bunch of expiring contracts, and two firsts that will probably be in the late 20s after Luka Doncic and KP tear up the league.

But the more I assessed it, the more I came to the conclusion that this actually isn’t your typical Knicks move.

Steve Mills speaks with @RebeccaHaarlow regarding the Porzingis trade (part I): pic.twitter.com/jabVtKBmuu

“Typical Knicks” would have been unloading the max on a player who continues to miss more and more games as the seasons progress, including what will likely be close to a year-and-a-half of action thanks to a torn ACL. He missed the final 34 games of last season, and Mavericks owner Mark Cuban expects Porzingis to sit out the remainder of the 2018–19 season. In total, KP missed over 100 games in a Knicks uniform, playing in just 186 out of a possible 296.

Instead, the Knicks did the polar opposite of what everybody would expect them to do. They pulled the classic George Constanza—if every inkling they ever had in the past was wrong, why not just try the opposite?

As opposed to giving KP the max (a reported five-year, $158 million deal), they unloaded his soon-to-be massive contract in return for a young player, expiring contracts, and two future first picks. These three things, Knicks GM Scott Perry said, were exactly what New York was looking for in a potential deal. Not having Tim Hardaway Jr. on the roster in itself is another huge victory for New York (although, it can obviously be argued that they shouldn’t have given Hardaway Jr. that contract in the first place—that was before Perry was in the fold).

Porzingis is no Jerome James, clearly, but to even say he’s a perennial All-Star could be a huge stretch when it’s all said and done. As a guy who might be the first player in NBA history to talk about how “tired” they were a little over a quarter of the way into the season, consistently feuding with different Knicks front offices (including skipping an exit meeting in just his sophomore season because he was “mad” at management), and taking questionable advice from his manager/brother in order to gain leverage over a franchise that has, by and large, treated him as a treasured commodity.

Keep in mind, it was only a few mere months ago that David Fizdale flew to Latvia to help build a rapport with his budding superstar. Just a few months later, Porzingis was angry when Fiz made a few innocent comments about his rehab.

David Fizdale on the conversation he had with Porzingis:

Porzingis has always been a promising player, certainly, but should someone who has only earned one All-Star selection on a 29-win team, never averaged more than 7.3 rebounds, and clearly has trouble keeping his strength up over the course of a full NBA season, be acting like LeBron James? Did he also want Steve Mills to cut his steak for him?

Also, when you simply factor in the way Coach Fizdale wants to play—fast, athletic, position-less basketball—Porzingis might not be a great fit, even more so coming off of a devastating lower-body injury. He was never a plus defender in space to begin with, so playing in the Knicks’ heavy switch defense would be difficult for KP, especially considering he still prefers to stay at the power forward position. Asking Porzingis to switch on guards, coming off ACL surgery, could be too tall a task for the Latvian (no pun intended).

Regardless of speculation, any effective rebuild typically starts with a team rinsing itself clean of the sins from prior regimes’ past. While the Knicks of old would get rid of Courtney Lee and Hardaway by attaching future first-rounders, they decided to cut bait with the old regime’s first-round pick whose value, arguably, is higher now than it could be in a year from now. Even if the Knicks don’t land any marquee free agents this offseason, having a clean slate of a roster is still incredibly valuable to the team’s overall future. As it stands, the front office can mold the team in their vision—not the vision of their predecessors.

This is contingent on Porzingis’ long-term health, which, let’s face it, is far more of a question mark than we (or at least, I) ever truly acknowledged as an optimistic Knicks fan over the past three years. Of all players 7’3” and over, only one—Mark Eaton—has stayed healthy over the length of his career. Guys like Big Z, Yao Ming, and Shawn Bradley were always banged up in one way or another. And Kristaps is coming off of a non-contact knee injury—something unprecedented for a man of that size. Let that sink in.

And for those still complaining about the Knicks haul, keep in min—the Pelicans were NOT interested in acquiring Porzingis for Anthony Davis. So perhaps Perry and the Knicks weren’t the only front office staff uneasy about KP’s future following an ACL injury.

When it’s all said and done, this trade can only be properly judged years down the line. Between the Knicks’ upcoming free agency, Porzingis’ up-in-the-air status following a torn ACL, and New York’s draft slot next year, it remains to be seen how this trade ultimately pans out for the Knicks. But it’s safe to say that this deal isn’t simply a case of “the Knicks being Knicks.”

At least, not yet. To lend a quote from an old friend—Stay woke, Knicks fans.