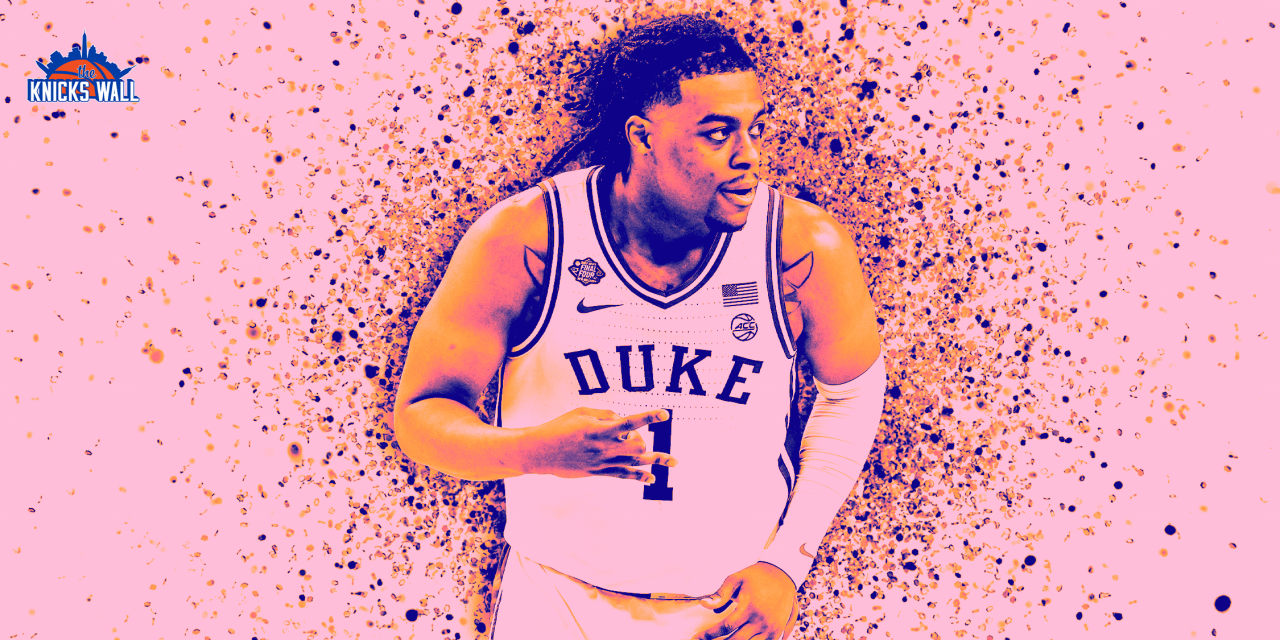 What can Trevor Keels bring to the Knicks? The 2022 second-round selection out of Duke was the sole takeaway from last week’s draft for the Big Apple franchise.

The second round of the NBA Draft is widely perceived as a crapshoot. By the time it rolls around, most established prospects in a given draft class are off the board. As a result, franchises are seemingly more willing to swing for the fences with second-round picks, often taking draft-and-stash international prospects and other unproven commodities. While it’s difficult to hit on these late draft choices consistently, there are a few teams with track records of doing so.

Over the last 10 years, perhaps no team has had more second-round fortune than the Detroit Pistons. The Pistons selected Khris Middleton (2012), Spencer Dinwiddie (2014), and Bruce Brown (2018) in the back end of drafts. Three very good NBA players who each project to have long careers (though all came into their own with other teams). The defending champion Golden State Warriors happen to be an additional franchise with a history of striking gold in the second round, having chosen Draymond Green (2012) and Eric Paschall (2019) therein. And believe it or not, the New York Knicks belong in this discussion, too.

Knicks general manager Scott Perry took over the reins back in 2017. Since then, the ‘Bockers have chosen at least one productive second-round pick in every draft, excluding 2020, when they didn’t own one. Damyean Dotson (2017), Mitchell Robinson (2018), Ignas Brazdeikis (2019), and Jericho Sims (2021) are all players who are—or were, at one point or another—NBA rotation pieces. That in itself is an accomplishment. New York’s newest neophyte, Trevor Keels, selected 42nd overall in the 2022 NBA Draft, has a chance to keep this streak of effective second-round picks going strong.

The sell with Trevor Keels is definitely the defense. He is not an elite playmaker (2.4% STL% is solid but not elite and a .2% BLK% is a bad) but he is a hound on-ball. He's strong and he's really perfected his footwork. Excellent at mirroring and at taking calculated gambles pic.twitter.com/EiEPH2BsQh

Like many of the Knicks’ recent second-round selections, Keels is defensive-minded. He’s a hard-nosed defender both on and away from the ball who, buoyed by his Marcus Smart-like 6’4″, 225-pound frame, guarding positions 1-through-3. Keels’ bulk allows him to absorb contact from offensive players like a sponge—he can take multiple bumps and remain in excellent defensive positioning. Because of this, the former Duke star has a penchant for shutting down opponent drives to the rim.

Aside from his strength, another aspect of Keels’ defensive chops is his knack for coming up with steals (averaged 1.2 per game). He may have one of the best pairs of hands in this draft class. Consequently, Keels is versatile in how he accumulates steals; he has excellent timing in passing lanes and is adept at poking the ball loose from unsuspecting ball-handlers.

Had 6 steals vs Army bringing him to 9 total in 2 games. pic.twitter.com/uvhK8k9Fsn

Though with all that said, Keels isn’t a flawless defender. He struggles to stay in front of shiftier guards and sometimes gets blown by off the dribble. So, it’s debatable whether Keels can hold his own against pro point guards right now. He’ll certainly need to improve his lateral quickness to maximize his value as a defender. Nonetheless, Keels is a cerebral and hyper-competitive defensive player who clearly hangs his hat on that end.

On the offensive end, Keels is a work in progress. First off, he’s a below-average playmaker for a combo guard. Keels dished out just 3.6 assists per 40 minutes at Duke. Beyond the numbers, he doesn’t have great vision. Too often, Keels plays with blinders on, a problem exacerbated by his habit of driving with his head down. At this juncture, Keels doesn’t have the passing I.Q. to thrive at the point guard spot in the NBA. Plain and simple. That’s not to say this won’t change, but he is currently better suited to be an off-ball, opportunistic playmaker.

Keels is a mixed bag scoring-wise. On the one hand, he’s comfortable creating his shot from all three levels of the floor. On the other, he scored very inefficiently from the field (42%), from three (31%), and the line (67%) in college. The paint is where Keels is at his best as a scorer and the one place where he was truly efficient (69th percentile in points per shot at the rim, per NBA.com). He employs his brawn and athleticism to punish guards off dribble drives.

He just bodies people at the rim. pic.twitter.com/EqJUcOFAc0

Keels’ defensive prowess, coupled with his potential as a shot creator and paint penetrator, gives him a legitimate shot to crack the rotation next season, even if he’s only on the fringe of it. Yes, coach Tom Thibodeau is notoriously stingy in handing out minutes to rookies. But remember, two rookies last year, Jericho Sims and Quentin Grimes, slowly worked their way into the rotation by the season’s end due mainly to their defense. Why can’t another top-notch defender in Keels do the same if the opportunity presents itself?

Plus, in all likelihood, New York’s guard/wing depth chart will shrink in the coming months. For contrasting reasons, Alec Burks, Evan Fournier, and Cam Reddish are prime candidates to be traded this summer. Shipping off any of these players would theoretically open up a spot in the rotation.

For a New York team desperate to rekindle its defense-first identity from 2020–21, Keels is just what the doctor ordered. It won’t be long before he becomes a fan favorite in the Big Apple, like several of New York’s defensive-minded second-round picks that preceded him.