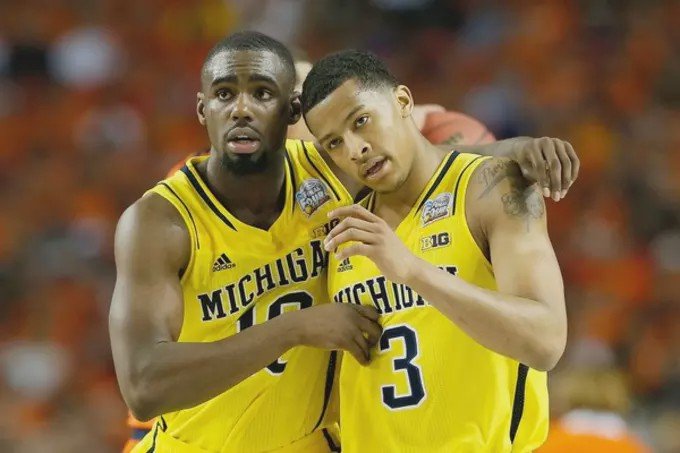 Trey Burke signed a deal with the New York Knicks. Details were not immediately available, but, if it is guaranteed, that means the Knicks could be dropping Jarrett Jack from the roster since NBA rosters cannot exceed 15 roster spots, or 17 if the brand new 2-Way Contracts are included into the total.

Burke, who was drafted by the Minnesota Timberwolves, but spent his first three seasons in Utah, is coming off of a low point where he averaged a career low 5.0 points per game and 1.8 assists per game as a Washington Wizard. He averaged 12 minutes per game in 57 games (per Basketball-Reference).

Burke is joining fellow University of Michigan alum Tim Hardaway Jr. who just signed his own $71 million, four-year deal this summer. The former Michigan Wolverines lost the national championship to Louisville in 2013 with the two newly-christened Knickerbockers leading the team in scoring.

Check back for updates on Burke’s contract details.