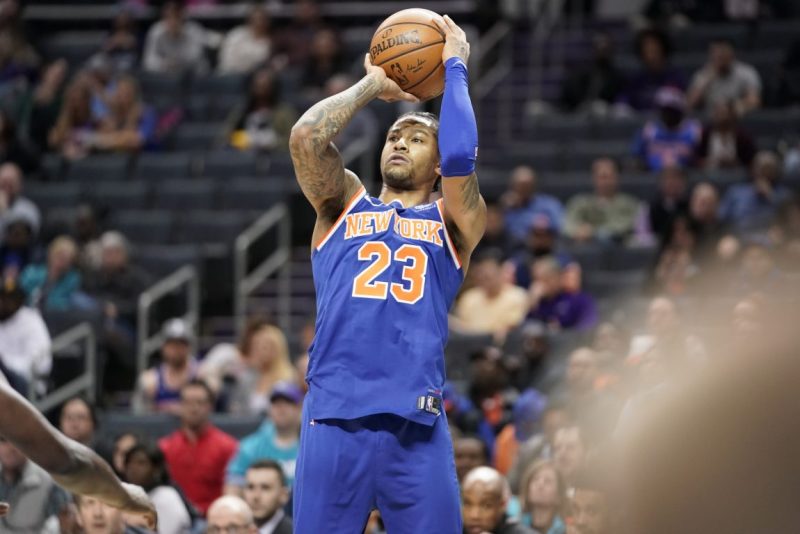 Despite an explosion from Trey Burke, the Knicks were defeated in overtime by the Charlotte Hornets.

Let’s all take a moment to appreciate what we just saw:

Oh my goodness. This is a man that the Knicks signed at the eleventh hour before the season began. He was essentially washed out of the league, a player that had drawn no interest from any NBA teams. After rebuilding his value in the G League in Westchester, Trey Burke was called up to the big brother Knicks in January. After a couple nice games at the end of January and into February, he stepped into the spotlight in March.

Trey Burke is the second NBA player this season to have a game with at least 40 points and 12 assists.

James Harden is the other.

Players with 36 points, 11 assists and 16 field goals in a game this season:

A career-high 42 points and 12 assists for Trey Burke tonight in Charlotte.

Amazingly, per @bball_ref, Burke is just the third Knick over the last 50 years with more than 40 points and 10 assists in a game.

Walt Frazier and Bernard King are the other two

42 points on 19-of-31 shooting for the man of the hour. He added 12 assists for good measure, dominating the game in more ways than one. He defended (before he understandably was so gassed he could barely run), he dished, and he scored. Oh, did he score.

The way that Burke is able to create space for himself is remarkable. I have issues with his shot selection, specifically that he loves the midrange game more than anyone in the league, but it’s so, so pretty when he can get these looks to fall:

Burke was more than just a jump shooter tonight, using his speed and dribbling ability to get in the paint and score around the rim:

You have to feel good for this guy. He talked extensively about how his renewed sense of faith gave him a completely new mindset, with his motives clear and his goals established. A slump is almost inevitably coming, since Burke’s percentages from the midrange are unsustainable, but let’s enjoy the ride for now. The Knicks may just have something on their hands here.

With Trey Burke failing to convert a potential game winner at the end of regulation, we were whisked off to overtime after a wild ending. And that overtime did not disappoint.

The Knicks were outscored 20-11 in overtime, but the whole five minutes were essentially the Trey vs. Kemba show. Walker had 11 points and three assists in overtime alone, edging out Burke’s six points. Walker, an All-Star that plays 35 minutes per game, had more left in the tank. Burke did not. No bother. The Knicks are essentially locked into the ninth slot of the lottery, so a win tonight would’ve been completely fine. A loss is fine too. These are the type of nights that young players with plenty left to achieve need. Burke’s confidence will be sky high for the rest of the season.

An Eye Toward the Future

The Knicks have made a few good decisions this year. Bringing in Troy Williams has paid off. Frank Ntilikina had perhaps his best quarter of the year this season, dropping 10 points in the second (he fouled out in only 18 minutes). Michael Beasley has eaten up plenty of wing minutes and produced about as well as anyone could’ve hoped. Despite these calls, none look as good as this decision at the current moment:

The best move that New York made this year was giving Trey Burke a $1.8M non-guaranteed contract (with trigger dates for a small protection) for 2018-19.

The hardest part of building a team in the NBA is extracting value out of every dollar. We debate it often with Tim Hardaway Jr. He’s a streaky player, and no matter how good he is, he realistically won’t be worth the full $18 million he makes annually. There’s nothing inherently wrong with that, but some feel it’s not the ideal manner in which to build a roster.

For the Knicks to lock in Trey Burke under $2 million for next season is grand larceny. They’ll get a prolonged look at a player that has already shown he’s a useful cog in this league, and all that will be for 2 percent of the cap. Take a bow, Scott Perry and company. Maybe you deserve more faith than we typically like to give to a Knicks front office.

Trey Burke and the Knicks will be back in action on Wednesday to take on Markelle Fultz (!!!!) and the Sixers. 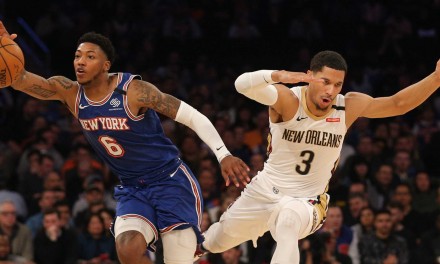