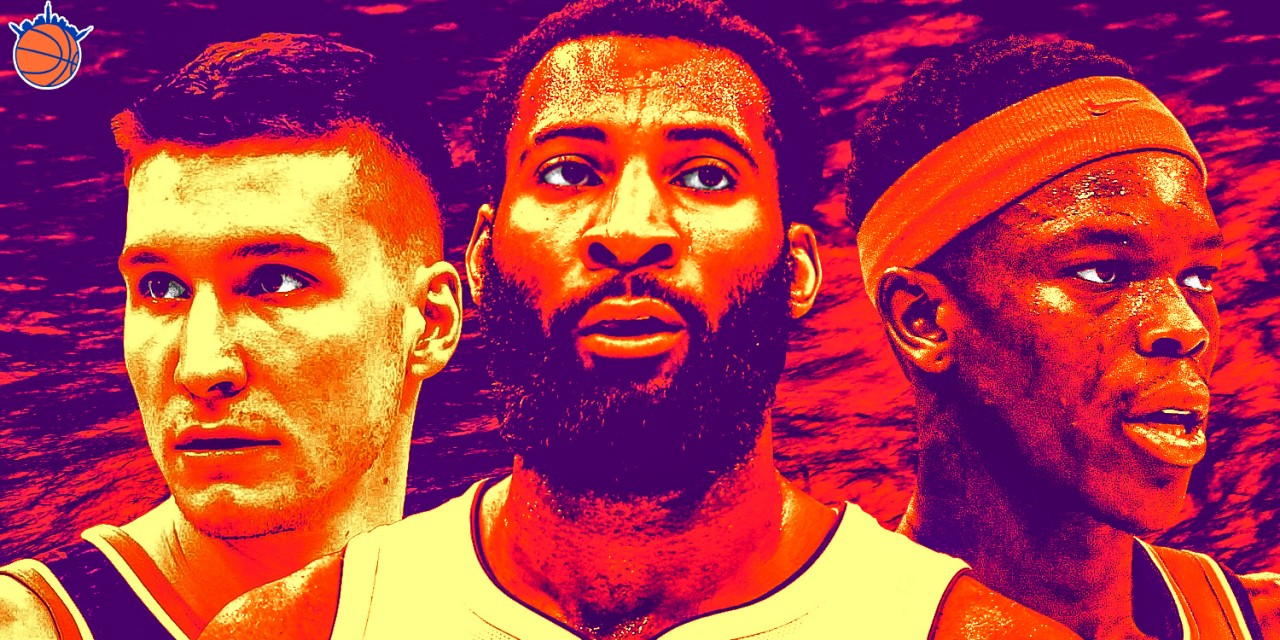 The Knicks appear poised to wait on compatible talent as reciprocity for trade pieces at the deadline. There are a few candidates who fit the billing.

Many Knicks fans are hoping that Steve Mills and Scott Perry decide to tear down this roster. Trade Marcus Morris and Bobby Portis for whatever picks you can get. Make some calls and see what the likes of Dennis Smith Jr., Allonzo Trier, or even Frank Ntillikina could fetch. If they focused on building around R.J. Barrett and Mitchell Robinson and just acted like a normal franchise, no one would object.


Wouldn’t that be nice, to be normal for once.

Instead, reports indicate that if the Knicks are active in the trade market this season, Mills and Perry aren’t looking for picks or young players in need of a change of scenery. They’re prioritizing adding players that can start now.

With the dearth of talent on the Knicks’ roster, fans shouldn’t scoff at the idea of adding good players regardless of their age or their specific fit. With that said, there aren’t a whole lot of players on the block who make sense on this team—but when has that ever stopped this franchise before?

Shams Charania’s report that the Knicks had discussions with the Detroit Pistons about acquiring the 26-year-old center made waves online, but subsequent reports have indicated a deal is unlikely.

Mike Cortez delved into the news shortly after Charania’s report; his instinctive repulsion to the prospect of Drummond on the Knicks was shared by much of the fanbase. Meanwhile the rest of the league unsurprisingly found the possibility hilarious.

Adding Drummond, the league’s leading rebounder, to a Knicks team that’s already a top 10 in rebounding this season would show just how faulty this front office’s thinking is. Lately Mike Miller has taken to starting two different centers, Portis and Gibson, over Robinson, their purported future defensive anchor. Adding another big man—especially one who brings no floor spacing—to the rotation serves only to hamper Robinson’s development.

On average the last two seasons, Drummond has attempted a three every other game. Last season he hit five, this season he’s made one. Perhaps in a world where the Knicks haven’t devoted so much of their rosters to power forwards and small-ball centers, where they don’t have a 21-year-old seven-footer who’s making over 70% of his attempts and is blocking 2.8 shots per 36 minutes, then adding Drummond could make sense.

It’s hard to imagine the front office dumping picks and young players for Drummond when you know James Dolan is fantasizing about the possibility of a Karl-Anthony Towns or Giannis Antetokounmpo becoming the franchise’s next savior. Unless, perish the thought, they somehow see Drummond as that level of a talent.

Fortunately, all reports thus far have indicated that these were exploratory conversations, confirming the aforementioned reports that the Knicks are looking to add starting-caliber players. The bar for starting on the Knicks isn’t as high as it may be elsewhere, but it signifies that Mills and Perry are more concerned with short-term improvement and saving their jobs than they are with building for the future. Ironically, fans may be more patient with the executives if they showed more patience with the roster.

The Sacramento Kings are 15-26. While the 11-30 Knicks are reportedly trying to retain free-agent-to-be Marcus Morris (despite the fact that he could likely fetch a first-round pick), the Kings may be willing to part with the sharpshooting Bogdanović, a restricted free agent at the end of the season.

At 27 years old, Bogdanović fits the bill as the sort of player New York—and most teams—could plug into their starting lineup. He would bring two things to the Knicks that they need particularly badly: he’s a wing who can shoot. Outside of Barrett, there’s not a wing on this roster who you could call a safe bet to be a part of the team going forward—including Knox, unfortunately.

Adding a shooter of Bogdanović’s pedigree would do wonders for the Knicks’ offense; the influx of threes would make a world of difference in the on-court spacing as well. Bogdanović not only makes the team better instantly, but since defenders have to stay with him on the perimeter, he’s creating additional room for the young guys to operate.

Sacramento denied a report that they would be willing to part with Bogdanović in a deal with the Lakers for third-year forward Kyle Kuzma and, according to Sam Amick of The Athletic, the Kings are more likely to keep Bogdanovic than trade him before the February deadline. If the Knicks decide to pursue him, they’ll have to give up something of value—and that’s before shelling out to re-sign him in the offseason. Bogdanović will be a restricted free agent, so anyone trading for him would have a leg up in retaining him, but he’s already turned down four years and $51 million from Sacramento.

Despite everything he brings, New York should avoid getting into a bidding war over Bogdanović. Contenders are going to start knocking on the Kings’ door, and they’ll be much more motivated to get something done. The second that a top-seeded team decides they’ll give up a late first-round pick, the Knicks should pack it up. However, it would be reassuring to hear that Mills and Perry are talking to Vlade Divac and the Kings about Bogdanović instead of Detroit, in part because it feels like the two sides would be more evenly matched.

Until recently, Chris Paul has occupied this slot. As soon as a deal between the Rockets and Thunder was struck the speculating began. Which contender would look to add Paul to make the final push? How many picks could a rebuilding team nab for taking on the extravagant contract?

Well, that’s not going to happen. Over the course of the last month Paul is averaging nearly 18 points and 6.5 assists while shooting 49.8% from the field. More importantly, the Thunder are the seventh seed in the West after trading their two franchise players away during the offseason.

Paul’s rejuvenation and Gilgeous-Alexander’s emergence mean that 26-year-old Schröder could be expendable for the right price. Schröder will make $15.5 million for this and next season before becoming a free agent, and as such he’s not likely to be involved with the Thunder’s future plans, even if he is still averaging around 30 minutes a game for them.

Schröder fits with Mills and Perry’s reported plans of finding players who they can immediately plug into the lineup, while still being young enough, cheap enough, and likely extendable enough to justify acquiring for the right price. Coincidentally, Marcus Morris makes $15 million this year and the Thunder are giving Mike Muscala around 11 minutes a game. Morris could be instrumental in a late season push for a better playoff seed, if only this front office could find it in themselves to part with him.

Elfrid Payton has done an adequate job starting, but Schröder would instantly become the best point guard the Knicks have had in years. His shooting—35.9% from three—and his aggressiveness are traits that are conspicuously absent from the skill set of the team’s current guard rotation.

The largest hurdle for some fans in this sort of deal would be the prospect of pushing Ntilikina further down in the point guard rotation. However, that could be solved with another Knicks trade, or by altering the starting lineup; move Barrett to the 3 with Morris (presumably…possibly?) gone and play Frank off ball more at the 2. Also start Robinson, because come-fucking-on.

Having Schröder either drive through the lane as Robinson rolls to the rim, or spot up outside as Robinson and Ntilikina develop chemistry in the pick-and-roll would add a new dimension to an offense that has improved its rating to 110.7 during the month of January.