Turnovers a Point of Concern in Knicks’ Loss to Bulls 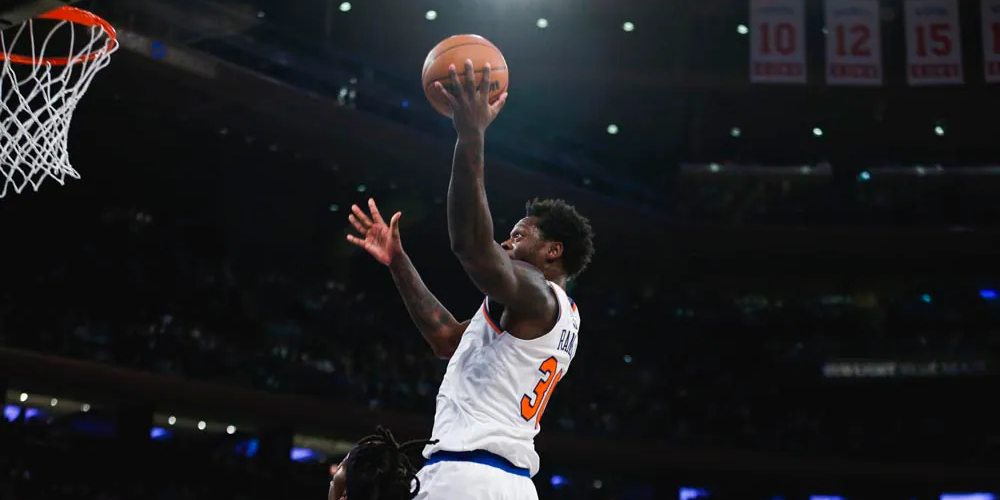 Taking care of the ball is at a premium for these Knicks, as a four-point home loss to the Bulls on Thursday saw 18 turnovers dooming New York.

NEW YORK, N.Y. — The New York Knicks fell to 5-7 at home and are sitting at .500 on the regular season after a tough loss to the Chicago Bulls. The Bulls, who are now 15-8 and sit in second place in the Eastern Conference, went back and forth with the Knicks down the stretch. But turnovers from New York ultimately did them in.

The Knicks committed 18 turnovers, which led to 21 points for the Bulls on the night. It created a deficit too large for New York to overcome, even after it seemed like they had finally woken up and started playing their typical brand of tough defense. New York currently ranks 13th in turnovers per game across the entire NBA.

“I thought we fought hard, but the thing that hurt us the most was turnovers,” head coach Tom Thibodeau said to the media in the Knicks’ postgame press conference. Thibodeau added that the team tries to look at how and when turnovers are committed during games, and tonight it looked like it was just a case of players trying too hard to get a rhythm going offensively.

“We try to analyze turnovers…too much one on one, or you’re trying to risk a pass. Sometimes I think the intentions are good because we’re in a hole and we’re trying to get out,” said Thibodeau.

Knicks forward Julius Randle, who had a team-high seven turnovers tonight, echoed Thibodeau’s sentiments on not protecting the ball well enough. He also expressed that consistent defensive intensity is going to be a must for the Knicks to try and get it going as they are a quarter of the way into the season.

“We’re right there as far as breaking through. … Our energy and fight in the second was a lot better, we just have to be consistent,” said Randle.

Julius Randle talks about what didn't go the Knicks' way tonight vs. the Bulls pic.twitter.com/XPNnhTwjAk

Evan Fournier, who had a fairly good night defensively with some major stops and blocks down the stretch along with 16 points, explained that he’s confident in the team, but there’s nothing but work to do from here.

“I mean, we have practice tomorrow and we’ll keep fighting. That’s it,” said Fournier.

The Knicks will face last year’s MVP Nikola Jokic and the Denver Nuggets at home. They’ll try to protect their home court and climb one game above .500 on the regular season against an injury-ravaged Nuggets squad.